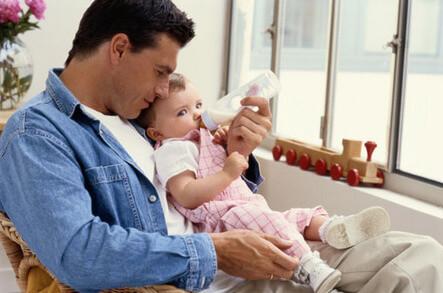 My 7-month-old had diarrhea for a week, so the doctor changed her formula from Similac to Isomil. Now her stools are too thick and she is having trouble passing them. I'm afraid she will get hemorrhoids.

In general, soy formulas tend to produce firmer stools than other formulas, so they can be a great choice during a bout with diarrhea. In fact, there is a soy formula called Isomil DF that I think is a particularly nice formula during diarrhea because of the extra fiber.

There are many things that can cause diarrhea. For short-term problems, the most common causes are GI viruses. All kids get them from time to time and the diarrhea lasts for an average of seven days or so. After the diarrhea, you usually switch back to the regular formula. If the stools remain too firm, then giving your child 4 to 6 ounces of juice a day (especially apple or prune) will sometimes loosen the stools.

You can also adjust the foods she eats, such as decreasing rice and bananas and increasing peas, pears, peaches, plums, or prunes. Sometimes kids need something even stronger, such as a half a teaspoon of unprocessed bran in their food.

If the stools don’t return to normal soon, you may want to have your daughter checked to be sure there isn’t something else going on, such as a food allergy.