Smell Training: How to retrain the brain to smell

Loss of smell that is triggered by a virus usually gets better over time. Smell training has been shown to increase the odds & speed of recovery. 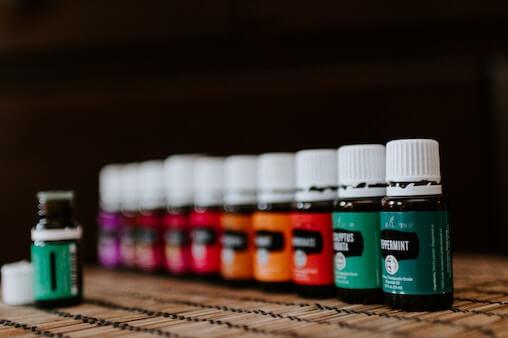 Dr. Greene, my sense of smell totally disappeared about seven months ago. I was very sick with a respiratory virus. My doctor put me on an antibiotic. A few days later, I noticed I couldn’t smell anything. I thought my sense of smell would return when the congestion left, but it didn’t. I didn’t smell burning food when I was cooking. It’s been 6 months now and still nothing. I’ve had an MRI and seen and ENT, and I still have no idea what caused this and what to do about it. Thanks, Ali

Before we are born, our sense of smell is the first to develop. It links us to the world around us in powerful ways. Smell helps alert us to danger (spoiled food, smoke, gas leaks), it enhances our enjoyment of food, and becomes an important part of our memory of people, places, and events. How discouraging to have it disappear.

I’m glad you’ve had an MRI and have seen an ENT. There are many causes of loss of the sense of smell, including sudden deceleration injuries, facial trauma, aging, neurodegenerative diseases, autoimmune diseases (such as Sjögren’s syndrome) medications, and even tumors. I’d like to highlight one of the most common and most important of them: viral respiratory infections.

A 2009 study found significant improvement by taking deep sniffs of known aromas in four different categories for 10 seconds each twice a day for 12 weeks. These four categories have been called the “odor prism”. The thought was that these four categories are the primary odors in much the same way red, yellow, and blue are primary colors. Retraining neurons to recognize these odors increased the ability to recognize and enjoy many aromas.

A subsequent study used different aromas, including vanilla, orange, cinnamon, menthol, and banana – and have found continued added benefit for doing the smell training for at least five-months.

And a 2015 protocol compared the original 4 odor protocol (extended to 36 weeks) to another one that used rose, lemon, cloves, and eucalyptus for the first 12 weeks, then menthol, thyme, tangerine, and jasmine for the next 12 weeks; and finally, green tea, bergamot, rosemary, and gardenia for the final 12 weeks.

People in both groups improved more than similar people who did not do smell training. Switching up the odors after the first 12 weeks produced better results more quickly than continuing with the original four odors. The difference in improvement in the groups between weeks 24 and weeks 36 was not significant.

The Bottom Line on Smell Training

It appears to be important to choose odors from different categories, to focus on what you are smelling, and to do deep sniffing at least twice a day, for at least 12 weeks – with some added long-term benefit seen all the way out to 56 weeks.

All of the studies mentioned above used Sniffin’ Sticks as the source of the odors. These are standardized concentrations and amounts, so useful for studies. Other essential oils could work as well.

We don’t yet know the optimal duration or number of odors – but we do know it is “an extremely easy, self-driven therapy with no significant side-effects.” It should be offered to people who have lost their sense of smell.

Smell training is particularly successful in people who lost their sense of smell in connection with a viral infection, but has been useful for other causes as well, including trauma, Parkinson’s and aging.

In a 2018 smell training study at Stanford people were given a Neilmed squeeze bottle and salt packets, along with distilled or filtered water, to rinse the nose twice a day for 6 months. Half of them were randomly assigned to also put prescription budesonide respules (0.5mg/2ml) into their irrigation bottles. Budesonide is a steroid that reduces inflammation.

Both groups were instructed to obtain essential oils of rose, lemon, eucalyptus, and clove (there were no instructions on where to get it, what brand, what concentration, etc.). They were to open a container, hold it under the nose, and breathe slowly and deeply for 15 seconds, with a 15 second break between scents. They were asked to focus on remembering what the scent smelled like before their loss of smell. They were to rotate through all four scents twice a day for 6-months and to record the sessions in a journal.

Both groups improved significantly over the 6 months – but adding the prescription budesonide irrigation doubled the effect over smell training alone.

A Light at the End of the Tunnel…

…and the smell of a fresh spring flower, a just-sliced lemon, or hot baking bread at the end of the long journey. Even with having had no smell for months, the odds are good that you will enjoy the marvel of smell again (and even better because you are young and because you are female). And there are things you can do to make the odds even better and the journey even faster. Remembering what things used to smell like is a key part of recognizing the scents again.

Prognosis of postviral olfactory loss: follow-up study for longer than one year. American Journal of Rhinology and Allergy. 2014;28(5):419.