Rotavirus virues are a global problem. They are the leading cause of both routine vomiting and diarrheal illnesses and of severe, life-threatening diarrhea. 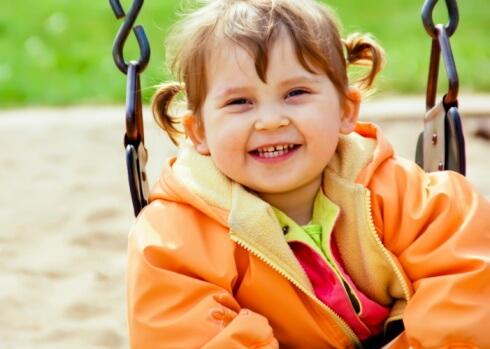 Last spring, my 3-year-old daughter was hospitalized due to dehydration caused by rotavirus. Can you give me some information on this virus and what I can do to prevent her from contracting it again? There is not a lot of information available to either parents or doctors. Also, isn't there a "quick" test for this virus? It took almost a week before we were sure that's what our daughter had.
Thank you!
Mary Newman - St. Cloud, Minnesota

As a pediatric resident, I spent my days (and nights) going from room to room, seeing one hospitalized child after another. It seemed so commonplace that it took several months for the truth to set in – each hospitalization, even if it seemed routine to me, was a major event in the life of a family.

To have your 3-year-old daughter be so drained and dehydrated that she needed to be admitted to the hospital, to have her undergo repeated blood tests, to have an I.V. inserted into her tiny veins, these are things you will not soon forget. I’m not surprised you’re looking for answers months after the ordeal was over.

You are not alone. Although managed-care medicine has dramatically reduced the number of hospital stays for children, about 50,000 children are hospitalized in the United States each year for rotavirus infections (JAMA 1998;279:1371-6). Rotaviruses cause about 1 in 78 children in the United States to be hospitalized before they enter kindergarten.

Rotaviruses are a global problem. They are the leading cause of both routine vomiting and diarrheal illnesses and of severe, life-threatening diarrhea in every country in the world. Improving food, water, and hygiene has done nothing to decrease the incidence of rotavirus disease. Almost every child on the planet becomes infected by age 5 (Pediatrics 1996;97:7-13).

As difficult as your experience was, Mary, I shudder to think of the families of the 900,000 young children around the world who die each year from rotaviruses (New England Journal of Medicine 1996;335:1022-28). Most of these deaths occur in developing countries.

Rotavirus Viruses in the United States

In the United States, our healthcare system protects most children from the worst ravages of this disease. Still, rotaviruses are responsible for more than 3.5 million diarrheal illnesses, half a million physician visits, 50,000 hospitalizations, and 20 tragic deaths each year (JAMA 1998;279:1371-6). Those who are admitted to the hospital stay for an average of four days.

The typical story is of a child under the age of two. Those in daycare and those who are not breastfed tend to get it when they are even younger and more vulnerable. Most get it between December and April in the temperate climates of the northern hemisphere.

The infection usually begins with a fever. Soon the little one begins to vomit and has a nasty tummy-ache. The vomiting goes away, followed by watery diarrhea that lasts from 3 to 9 days (Infectious Disease WB Saunders, 1992). Most of the time, kids recover with little difficulty. Sometimes, severe dehydration results. The extreme dehydration that can be caused by rotaviruses is second only to the dehydration caused by cholera.

Rotaviruses are extremely contagious. Only a very few particles are needed to transmit infection. They originate in the stool, but are found throughout the environment wherever young children spend much time, especially during the winter months. They are resistant to many disinfectants used to clean surfaces and to anti-bacterial hand-washing agents (Medical Journal of Australia 1981;1:19-23). Rotavirus particles remain active on human hands for at least 4 hours, on hard dry surfaces for 10 days, and on wet areas for weeks.

As you suggest, there is a fairly rapid test for rotavirus diarrhea. The direct-antigen test can give results in 24 hours. A positive test would prompt more aggressive oral rehydration to prevent worsening disease.

If a child gets sick with rotavirus, it’s important to keep the child well hydrated. Using an oral rehydration solution, parents should offer the child frequent tiny amounts to drink. Oral rehydration solutions are far more effective than substitutes like Gatorade. Pedialyte works well, but is often refused due to taste. The children I work with tend to prefer chilled, grape-flavored Kaolectrolyte.

Dietary Recommendations During a Rotavirus Illness

Contrary to the age-old advice of using a bland or liquid-only diet, these dietary restrictions are no longer recommended. If a child has any interest in eating solid foods, parents can feed him or her whatever solids are age-appropriate and tolerated (MMWR by the CDC, November 21, 2003, 52(RR16);1-16).

If a child is unable to tolerate any liquids, looks ill, or is not urinating normally, medical attention should be sought immediately.

Most parents have never heard of rotavirus, and are not apt to ask for protection for their babies. Parents like you, Mary, understand what it means to be able to safely and gently shield our little ones from this disease.