Pregnancy and the Roseola Virus 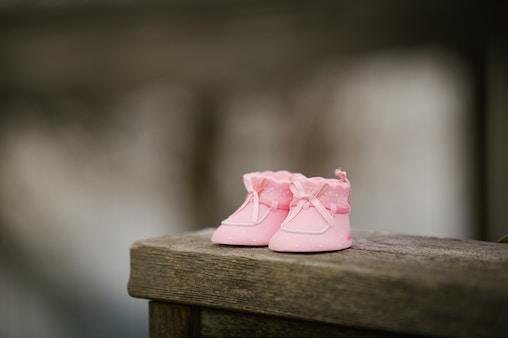 I'm pregnant (very early stages) and I was exposed to the roseola virus, through contact with my nephew who is six months old. This was 5 days ago. Now I want to know what the incubation period is, since my two-and-a-half-year-old daughter was exposed as well. Is there any danger to my fetus? Is there anything I can do now?
Anna - Ontario, Canada

Congratulations on your new pregnancy! What an exciting (and sometimes scary) time! Thankfully, your nephew’s recent illness is unlikely to pose a problem for your new baby.

Roseola infantum is a common illness in young children in which they generally develop a fever for 3-5 days (worse at night), followed by the appearance of the typical red rash when the fever disappears. The rash may be present on the upper arms, legs, and face, but is most prominent on the neck and trunk. It consists of numerous, red 2-5mm spots that blanch when pressed. The rash typically lasts for 24-48 hours.

Children are contagious during the febrile phase of the disease, but not once the rash appears. Once exposed, the incubation period is 5 to 15 days. There is no effective way to prevent it.

Most children get roseola between 7 and 13 months of age. It is quite rare before three months or beyond 4 years. Fully 90% of cases occur before the 2nd birthday. Rare cases have been seen in adults, and a very few have been reported in pregnant women.

Prior to the 20th century, children with roseola were lumped in with those with measles or rubella or scarlet fever. It wasn’t until 1913 that Zahorsky described the specific syndrome, separating it out from the others as a benign, self-limited disease occurring almost exclusively in young children. Still, the cause remained unknown.

In 1986, as part of the intense viral research prompted by the AIDS epidemic, a new mystery virus was discovered and named human herpesvirus type 6, or HHV-6. It was structurally related to CMV, herpes, the virus responsible for chicken pox, and the virus responsible for mono — but what did it do? Was it common? What disease did it cause? Virologists rushed to investigate this new virus. A flurry of papers indicated that HHV-6 is very common. Different investigators found that between 81 and 97% of adults had antibodies to this virus. In 1988, investigators in Japan first linked this virus to roseola. It is now known to be the main virus responsible for roseola.

Now that we know what causes roseola, we also know that most children get HHV-6, and have the fever, but never develop the rash. It may be responsible for as many as 50% of the first fevers in children. Your daughter may well be immune. And you are very probably immune.

In spite of the millions and millions of pregnancies documented in the medical literature, the first case of roseola in a pregnant woman wasn’t reported until 1992, in the Journal of Reproductive Medicine. Since then, literally a handful of cases have been reported. In one study, however, HHV-6 was found on the cervix of 20% of healthy women during normal deliveries.

The emerging picture suggests that HHV-6 behaves like the other viruses in its class: If a mother is infected with HHV-6 for the first time during pregnancy, there is probably a small risk to the fetus. During the first trimester, that risk would be the possibility of miscarriage. Later in pregnancy, infection would be more likely to result in birth defects, if there were any problem. Once a woman has had HHV-6 (and the most recent estimates are that more than 95% already have), subsequent exposure carries no significant risk. Since most pregnant women will have already been exposed to roseola before pregnancy, the likelihood of danger to your fetus due to your recent exposure to roseola is very slim. However, during pregnancy, it is wise to keep your obstetrician informed of any significant exposures. Be sure to also report to your obstretrician if any symptoms develop.

I wish you and your growing family the best. Your daughter will be a great age to be a big sister!

Last medical review on: November 07, 2008
About the Author