Pregnancy and Group B Strep 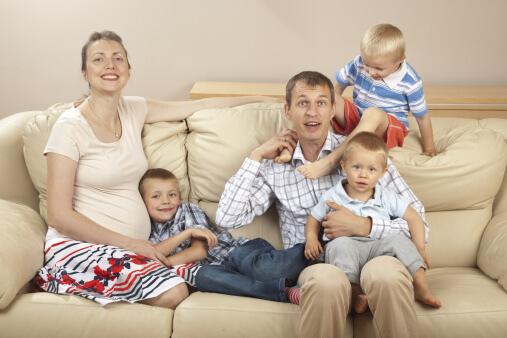 My husband and I are expecting our fourth child, and I have been diagnosed as being a carrier of beta strep. From everything I have read, (which isn't a whole lot) if the baby comes in contact with this, he/she can get very sick. My question is, "What are the chances of my child getting beta strep during birth and if he/she does, how bad can it be?" (My eldest son was born with pneumonia, could beta strep have been the culprit?)
Margie Galten - Foster City, California

You are describing Group B Streptococcus, a major cause of infections in newborns. Being diagnosed as a carrier of this bacteria must have been quite concerning, particularly if the reading you have done is even a few years old. Recently, however, extensive research has paid off in a decline in the frequency and severity of newborn infections.

A common inhabitant of birth canals, Group B Strep is present in about 20% (perhaps as many as 40%) of pregnant women. At least 98% of the babies born to carriers will not get Group B Strep disease!

Still, somewhere between 0.5 and 2% of all the babies born to carriers will be affected. Several factors greatly influence the likelihood of your child being in this smaller group. Group B Strep is eight times more common in premature babies than in babies born at term. Also, as one might guess, the length of time between when the bag of water breaks and when the baby is born is an important factor. If the membranes are ruptured less than 19 hours, Group B Strep is very uncommon. It is more than twenty five times more common when the membranes have been ruptured for 30 hours. Newborn disease is also more common if Mom is very ill – with a high fever, a tender uterus, and a high white blood cell count.

The spectrum of the disease in newborns is quite broad, ranging all the way from mild, asymptomatic infections all the way to neonatal death. (It frequently causes pneumonia, and quite likely did in your eldest son). The overall mortality rate is 10-20%. The most serious cases generally occur in premature infants, babies born to actively sick mothers, and babies who are not diagnosed and do not receive early antibiotic treatment. Being aware of your carrier state is invaluable.

Group B Strep can cause devastating infections, but if treated early it is uniformly sensitive to penicillins. Newborn infection can even be prevented. It is now common practice to treat high risk carriers with ampicillin during labor. High risk carriers include women with positive rectal or vaginal cultures at 35-37 weeks gestation or women with a positive urine culture at any time during the current pregnancy. In addition, any woman who had a previous infant with Group B Strep disease should receive ampicillin during labor. Pregnant women who have not been screened for Group B Strep should be given antibiotics if they are in premature labor, have rupture of membranes longer than 17 hours, or are ill during labor. Pre-treatment with ampicillin prevents many cases of Group B Strep, and makes the remaining cases much less severe.

You are heading into your next labor at a great time in history. You, your obstetrician, and your pediatrician are ready to welcome your fourth child.