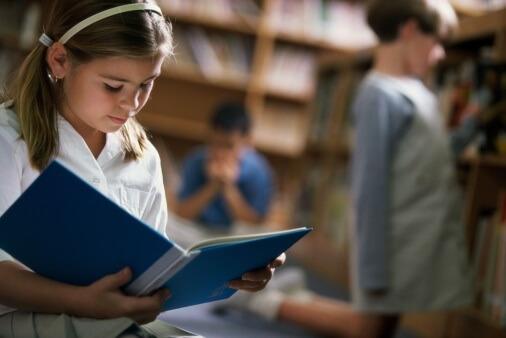 My nine-year-old daughter has just started her period. She has consistently been tall for her age, and began developing breasts at age seven. I know that it is unusual to begin menstruating at this age, but is it abnormal? Will it alter her growth pattern? Are my friends accurate when they say it could be caused by too much bovine growth hormone in the fast foods she eats? And how do I help her cope with this? She is mentally and emotionally still very much a nine year old.
Groton, New York

There is crucial information your daughter needs to know about precocious puberty.

First, some background: The age of onset of puberty varies widely. In girls, the breast bud is usually the first sign, and is seen on average at 10-11 years. Pubic hair usually begins to appear 6-12 months later. Next comes the pubertal growth spurt. Lastly, menstruation begins (called menarche), on average, 2-2.5 years after the onset of puberty. The mean age for a girl’s first period is 12.75 years. Wide variations are seen in the sequence and timing of these events, but peak growth velocity (fastest growth rate) always precedes menarche.

For boys, the testes and scrotum begin to enlarge first, usually at about 10 to 13 years. A few months later, pubic hair develops (facial hair comes about 2 years later). The pubertal growth spurt usually follows about 6 months after pubic hair. Lastly, the penis grows longer about 1 year after the testes grow, and is accompanied by changes in the voice.

Precocious puberty is defined as the onset of true puberty before 7 to 8 years of age in girls or 9 years of age in boys. (Isolated breast development which doesn’t progress to the rest of puberty is called premature thelarche, and is a different, benign condition). Precocious puberty is 10 times more common in girls than in boys. Sexual development may begin at any age. Pregnancy has been reported as early as 5 1/2 years old.

Most precocious puberty is simply early maturation. Nevertheless, the Lawson Wilkins Pediatric Endocrine Society recommends evaluating for an underlying medical condition in Caucasian-American girls who have development of breast and/or pubic hair before age seven and in African-American girls before age six (Kaplowitz and Oberfield, Pediatrics 1999 Oct;104(4 Pt 1):936-41). These medical conditions include ovarian cysts, thyroid problems, McCune-Albright syndrome, central nervous system disorders, or external sources of estrogen. In girls over age 6, these other causes are quite rare, but should at least be considered by your pediatrician.

Your friends have suggested that bovine growth hormone is the cause of your daughter’s precocious puberty. I strongly doubt that. The only external compounds clearly implicated in girls’ early puberty are estrogens. Moreover, when human growth hormone is intentionally given to children to increase their heights, in doses far higher than your daughter could accidentally consume, precocious puberty has not been a problem. Your friends are right to be concerned about the chemicals used by agribusiness, but from bovine growth hormone I would be more concerned about cancer.

Early maturation in girls is categorized in two main types: rapidly progressive and slowly progressive. Most girls who begin puberty early (especially those who begin before age 6) have the rapidly progressive variety. They go through each of the stages (including closure of the growth plates of the bones) at a very rapid pace, and thus lose much of their adult height potential. About 1/3 of these girls will end up shorter than the 5th percentile of adult height. Many girls, however (particularly those beginning puberty after their 7th birthdays), will start puberty early, but still go through each of the stages at a more typical pace. While their “adolescent” growth spurts are over early, they will continue to grow until their bones reach final maturity at about age 16.

Now for the crucial information: The earlier before age 12 a girl starts her period, the higher her lifetime risk for breast cancer (probably from the prolonged estrogen exposure). The highest average risk for breast cancer is in non-Hispanic white women, where it is 1 in 8, or 12.5%. In all girls who start their periods before the age of 12, taken together, the risk is 16.25%. As she reaches maturity, she needs to be made aware of controllable risk factors for breast cancer, such as use of estrogen-containing birth control pills (10 years of use would raise her risk to about 22%), first pregnancy after age 30 (if she did this also, it would raise the risk to about 35%), high-fat diet, alcohol use, fertility drugs, pesticides, and radiation exposure. Each of these factors multiplies her accumulated risk. If she is aware of these, she can make informed decisions for herself.

She can also learn what can reduce her risks. During adolescence, it is vital to teach her the habit of regular breast self-exam. If she has a child, breastfeeding will lower her risk. Strenuous exercise (particularly before the first baby), such as running, gymnastics, and ballet have all been shown to reduce estrogen exposure and thus reduce risk. Diet seems to be more important in the development of breast cancer than any other single risk factor. A low-fat diet, high in natural sources of vitamins A, C, E and zinc, is protective. Vegetables seem to be protective for other reasons as well, which is why the National Cancer Institute has come out with their “five a day” plan (which sounds hard, but is not so bad when you see what they call a “serving” — one carrot is a serving). A healthy diet is also one low in pesticides (wash fruits and vegetables thoroughly and/or use organically grown foods). It should also be low in artificial hormones, like those found in beef in the U.S. (your friends are friends indeed).

Although your daughter is still emotionally and mentally a nine-year-old, she now has the hormones of an adolescent. She undoubtedly feels a range of emotions that are difficult for her to cope with. As a parent, it is very important for you to carefully watch and listen to her. Help her put her feelings into words, and be careful not to make judgmental comments. She will probably express many diametrically opposed emotions in the same sentence and then feel confused about what she just said. This is normal.

One of the most difficult things she is facing is finding a peer group. She no longer entirely fits in with her nine-year-old friends, but it would be a big mistake for her to develop a peer group that is much older than she is (even if they would accept her). She needs people to help her bridge the gap between being a little girl and a woman. As a parent, this is an important time for you to be involved in the daily activities of her life. It may seem like a challenge to get excited about the things that she is interested in, but there is no one better equipped to help her through this difficult time than you.