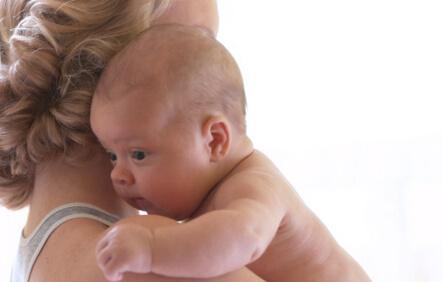 Ok my son was born six weeks ago. He was in the hospital for 10 days because he had a fever of 104 on the second day. He was tested for his PKU on the seventh day. Last week the hospital called and said they wanted to retest him because his PKU came back a 4...they said 4 was in range but that four or under was normal so why test again? We took him back and did the test again and are waiting for the results. Now Im reading up on PKU and I'm worried sick because it all says to change their diet right away and he is already six weeks old and I'm not sure how long it will take to get the results back again. They didn't know last time for four weeks. He is a breastfeed only baby. We are from Fla but live in Puerto Rico. That baby is blonde with blue eyes so that worries me too since they seem to have that problem more than darker skin and eyed babies. I have read too that some other states and countries have the standards different. Some have 2-6 as normal. In that case he would be fine. Some say 2 or below. I just don't know what to think. My doctor here isn't a lot of help. It seems he doesn't know a lot about it. Is there anything I should do while I wait for results as far as his diet? Am I taking chances breastfeeding him since there is protein in my milk? What do babies normally test at in the states? I don't know if this has anything to do with it but I read that peanuts have high levels of phenylalaine in them and I ate some in the hospital before breastfeeding before he had the test. Not many but I did eat them. Anything you can tell me that would put my mind at ease would help. Thank you!
Nicole

The PKU test is a screening test for PHENYLKETONURIA (PKU). The normal values of the test depend entirely on the laboratory where the test is run, and the methods and units used. In some cases the number can be normal up to 20; in others, anything above 1.2 is abnormal. You will not know about your son’s values without checking on the normal ranges of the lab.

The PKU result may have only been an artifact of having to delay the newborn screening test. Your eating peanuts doesn’t change the situation and didn’t make your son sick. Positive and borderline tests are routinely rechecked. The PKU test is a screening test-not a diagnostic test. It simply identifies which kids should be tested, not which have PKU. Most children with a positive screening test do not turn out to have the disease.

PKU is a disorder caused by a missing or decreased enzyme called phenylalanine hydroxylase. Phenylalanine is not properly processed by the body. When there is too much phenylalanine in the diet, the substances that build up in the blood can gradually cause brain damage.

Babies with PKU are normal at birth. If phenylalanine is not restricted, the damage is gradual, with the IQ dropping about 4 points per month. But if untreated for a year, the baby has lost almost 50 IQ points, resulting in severe mental retardation.

In babies with PKU, vomiting, sometimes severe, is often present as a symptom. The muscle tone is often unusual. About 1/4 of children with PKU have seizures, and most have poor growth of the body and head. These babies have fair skin, blue eyes, and hair that is blonder than that of their siblings. These children have an unpleasant musty or mousy odor from the excess by-products of unprocessed phenylalanine.

Treatment for PKU is a low-phenylalanine diet (but not TOO low-even children with PKU do need some). Human breast milk is fairly low in phenylalanine content. The ideal for most infants with PKU is to be partially breastfed (so that the benefits of breastfeeding can be obtained), while adjusting the diet appropriately. Babies receive a measured amount of Phenylac (phenylalanine-free milk) and an adjusted amount of breastfeeding. Phenylalanine levels need to be monitored. Alternatively, Ross (the maker of Similac) also makes a complete formula for PKU called Phenex.

As kids get older, the dietary restrictions can be tough on them and on the family. It’s important to have emotional and practical support from experienced people. Although the benefits of dietary therapy are most evident during the first 6 years (and when a woman with PKU gets pregnant), it is wise to continue the diet throughout life. It can prevent problems with thinking, remembering, and problem solving. In the past, the benefits of continuing the diet beyond early childhood were not clear. We now know that if a child or adult has stopped the diet, it is never too late to go back on. Most who do retun to the diet think and feel better, with measurable improvement in attention span, concentration, and memory.

At this point you don’t know that your child has PKU at all. You do know that the wonder of having a newborn was interrupted with the terror of having to deal with a high fever and prolonged hospitalization. Then, when things had settled down, you heard about this PKU issue!

And now you have to do one of the hardest things for parents: wait. Waiting to see if your son is healthy. In the meantime, you might want to be in touch with whatever doctor would manage the situation if your son were to prove to have PKU-that doctor should be able to give you the best advice for right now. Follow-up tests are usually done far more quickly than the routine screening, so even though the wait may seem like forever, you shouldn’t have to wait long.

Note: We received the following response from Nicole to the above article.

Thank you Doctor! Your answers helped us a lot. We called the lab and they said 4 is borderline on their scale and that’s why they wanted to retest. They say they might have the results as early as tomorrow. You are right that is the hard part… waiting. He seems so healthy and happy and he is smiling now. He has none of those symptoms. He spits up some but he’s not vomiting and has no strange smell. The lab said the same [thing you did] that most of the time they retest the results come back fine. Its so amazing the way the internet brings us all together. Thank you so much for your time. What a special service you provide.
Nicole