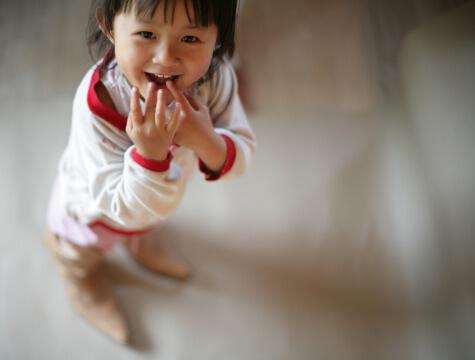 I have a son aged 25 months. He was born low birth weight -- 2.4 Kg (5 pounds 4 ounces). When he was an year old, he weighed approximately 9 Kg (19 pounds 13 ounces). The paediatrician gave him Oraxin (cyproheptadine hydrochloride 2mg, peptone 25mg and lysine hydrochloride 150 mg ). Dosage - 2.5 ml, twice daily, for 6 months to increase his appetite. When given the drug proved effective and it reduced the child's hyperactivity and at present the child weighs 11 Kg (24 pounds 3 ounces). Could you please tell me how long is it safe to give the above mentioned drug and its adverse effects if any?
Delhi, India

Oraxin may increase your child’s appetite, but at great cost.

Many adults want a decreased appetite. Over the years people have found that taking stimulant drugs (caffeine, amphetamines, cocaine) tends to make one less hungry. As you might expect, sedative medications have the opposite effect. Oraxin (or Oractine) is a combination drug made in Israel which is given to increase appetite, and thus growth. The main active ingredient, cyproheptadine HCl, is a potent sedative, antihistamine, and antiserotonin drug. The other ingredients are common dietary amino acids. This drug should not to be confused with Orexin, which is a combination of B Complex vitamins.

Cyproheptadine HCl is primarily given for allergies. Some people take it for clearing runny noses, some for hives, and some for more serious allergies. One of the side effects noted by people taking this, and similar medicines for allergies, is increased appetite and weight gain. This led to the practice of giving the drug to those who want increased appetite and weight gain. Thus, one person’s side effect may be someone else’s desired effect.

There are a host of other side effects that have been reported with this drug, whether taken for the purpose of appetite stimulation or for long-term allergic problems: fatigue, chills, headache, wheezing, urinary difficulties, jaundice, anemia, low blood pressure, palpitations, shock, blurred vision, vertigo, ringing in the ears, confusion, disturbed coordination, nervousness, irritability, numbness, and hallucinations. Overdosage, especially in young children, may produce central nervous system depression, convulsions, and even death.

Of course, most children will experience none of these side effects. It sounds as if your son’s experience with Oraxin has been quite good.

Keep in mind, again, that different countries have different standards for drug testing, safety, and manufacturing. In the United States, cyproheptadine HCl is approved for use for allergies. Some physicians use it as an appetite suppressant. Among my colleagues, most have only used it in the case of severe malnutrition associated with chronic medical conditions such as cystic fibrosis.

In addition, it might be wise to speak with your child’s pediatrician about what else might be contributing to his poor weight gain. Some underlying medical conditions first present as difficulty gaining weight. Use of Oraxin without addressing the underlying reason for poor weight gain could end up being a temporary “band-aid” instead of a true, long-term answer.

In the United States the package insert for cyproheptadine HCl states that “Patients should be warned about engaging in activities requiring mental alertness and motor coordination, such as driving a car or operating machinery.”

Being two years old requires mental alertness and motor coordination! In effect, two-year-olds are always “driving heavy machinery.” It is a time of rapidly developing language and cognitive skills, as well as gross motor skills. It would be tragic for this burst of mental and physical development to be blunted by a sedative drug.

The amount of cyproheptadine found in Oraxin is relatively small. The usual dosage for attempted weight gain is 0.125 mg/kg every 12 hours. Still, this drug has never been proven to be safe or effective in children below the age of two — at any dose.

Two scientific studies may be of interest:

In Anales Espanoles De Pediatria (June 1993), Herranz et. al. report that children treated with this medicine did have increased appetite compared to controls. Nevertheless, the growth rate did not change with the drug, nor did eventual adult size.

In Fundamentals of Clinical Pharmacology (1990), Hakkou et. Al. report the experience of 12 healthy adult volunteers who each took 6 mg twice a day of cyproheptadine. They all subjectively reported significant mental impairment. Indeed, on objective measurement, they were all significantly impaired. Memory was unaffected. At this dose, appetite was unaffected as well.

With any medicine, one must weigh the risks verses the benefits. Your son’s weight puts him at the 10th percentile of healthy American children (Out of 100 healthy children his age, he would weigh less than 90 of them, but more than 10). Typical healthy weights in India may differ, however. The question you must answer is whether the potential increased appetite is worth the clouding of his brain. Most healthy children do not require medications as long as their growth plots in the normal range and does not drop significantly below their baseline percentile. If the growth rate does drop, behavioral techniques and further medical evaluation should be considered before the addition of medications.

One of my sons is proportionately smaller than your son, and for myself the choice is clear: I would not use the drug on an ongoing basis. If your son’s appetite remains a problem, I would suggest an excellent book by Ellyn Satter, How to Get Your Kid to Eat … But Not Too Much (which can be purchased online). This book may help you increase your son’s appetite without using drugs that have potential negative side effects.

Dr. Greene is a practicing physician, author, national and international TEDx speaker, and global health advocate. He is a graduate of Princeton University and University of California San Francisco.
Get Dr. Greene's Wellness RecommendationsSignup now to get Dr. Greene's healing philosophy, insight into medical trends, parenting tips, seasonal highlights, and health news delivered to your inbox every month.
8 Comments
Terry-ann on May 24, 2021

My baby is one years old an not gaining weight… When she born she was weighting 2.49kg an never gain weight an she is weighting 7.4

Has your doctor been tracking your daughter’s growth for the last year? They should have a growth curve showing her weight over time. By looking at that pattern, they can tell if she is gaining weight at the proper speed. If she is not (and it sounds like she is not) they will do tests to find out why. The tests are very important because there are many reasons for underweight and different reasons have different solutions.

Hi i’m 20 years old, when i was 2 i was almost underweight. So my parents asked the doctor to give me supplements. I was given these so called appetite stimulants for a year or longer. I’m guessing the doctor gave them this kind of drugs. The side effects are i had a really hard time growing up, depression crawled into me since i was 4. Back then i didn’t know what is depression, i just felt really sad all the time like i have no purpose to continue this life.

Plus, now my appetite is going crazy, i went from impulsive eating to not eating anything at all everyday. It’s crazy, so parents if it’s not urgently needed please do not give your childrem drugs, and also look for the side effects first.

I’m so sorry you are experiencing all these things. How tough.

We really appreciate you sharing your experience. It’s an important perspective.

Pls I’m 16yrs old and at this puberty instead of gaining weight I’m rather losing weight drastically. So can u suggest a weight gain drug for me?
Note:I’ve tripled my meal but to no avail

Thanks for writing in. I’m sorry to say, we can’t suggest a treatment for you because it’s not possible to know why you’re not gaining weight without proper exams and testing. It may be just a growth spurt and your weight will catch up or there may be an underlying reason that needs to be addressed medically.

I’m sorry we couldn’t be of more help.
Best, @MsGreene
Note: I am the co-founder of DrGreene.com, but I am not Dr. Greene and I am not a doctor. Please keep that in mind when reading my comments and replies.

I need an appetite stimulant suggestion since my kid is a year old and refuses the food always. He never drinks milk too. He is 7.9 kgs. His birth weight was 3.4kg.

I’m so sorry you and your baby are going through this.

At one year of age, a baby has typically tripled their birth weight. Since your baby is below that, it sounds like a good time to get his doctor involved. Rather than simply asking for an appetite stimulant it’s smart to address the reason behind his lact of appetite.