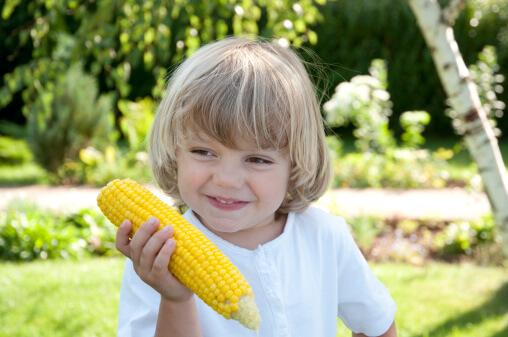 I saw an article by Louis M. Sullivan, M.D. in the Denver-Rocky Mountain News which supports Olestra. What do you think of this new fat-free fat? Is it safe? Should I let my children eat it, or is it better to give them food that is high in fat?
Denver, Colorado

The proponents of Olestra celebrate it as a major nutritional breakthrough — a fat that passes through the body without being absorbed. They herald this as an exciting way to slay the dragon of fat over-consumption. Opponents point to the gastrointestinal symptoms (bloating, cramping, diarrhea) experienced by some, and worry that Olestra may hold in store other, more serious side effects.

In my opinion, much of the controversy raging over Olestra misses the point. Olestra may or may not be a safe way to isolate and remove fat from the modern diet, but I do not believe that fat in the modern diet is, in and of itself, the major culprit in our nutritional demise.

Years ago I read an interesting vignette from Dr. Andrew Weil. He told the story of the evolution of digitalis, a potent heart medicine. In modern pharmaceutical texts digitalis is listed as causing nausea and vomiting, but Weil did not see these symptoms in regular practice. It turned out that in years past digitalis was given in its original form — the leaf of the foxglove plant. Drug plants are always complex mixtures of chemicals, all of which contribute to the effect of the whole. With foxglove leaves, which contain a number of other cardioactive compounds, when a patient’s digitalis level began to get a little bit too high (long before dangerous levels of medications would be reached) the patient would begin to feel uncomfortable with nausea and vomiting. The patient’s own body would signal that it was time to cut back on the medications. This was an excellent way of monitoring dosages of a potentially dangerous drug. In an effort to control dosages of digitalis, modern science leapt forward by isolating digitalis, the main active ingredient in the foxglove leaf, producing it in pill form, and giving that as pure medicine. As a result, the balancing chemicals provided by nature were removed, the patient could no longer trust his or her symptoms to determine if the proper dosage was being achieved, and blood levels of digitalis needed to be carefully followed in order to prevent the patient from receiving a toxic amount of this powerful drug. Pharmaceutical texts still harken back to the time when the whole leaf was given and patients experienced early warning signs of overdose, even though today the therapeutic nausea and vomiting are no longer present.

Throughout nature a wonderful balance exists in the foods we eat. Each apple or orange we ingest contains not only a mixture of various forms of vitamins, minerals, co-factors, and related compounds that are much needed for human nutrition, but these nutrients come in a fiber-laden vehicle. The fiber sets the pace for digestion and moderates the secretion of insulin and thus the deposition of body fat. The answer to the great nutritional crisis in modern society is not based on finding a way to keep from gaining excessive weight while eating highly refined foods. Instead we need to return to eating fresh, whole foods and re-strike the balance that suits our bodies in ways we are still only beginning to understand.

In 1996, the FDA approved the use of Olestra in food products. Based on current studies, the FDA contends that there is yet no evidence of serious adverse effects from Olestra. Post-marketing surveillance of adolescents aged 12-17 years old revealed no significant effects on the absorption of fat-soluble nutrients; there was, however, a small but significant reduction in the levels of carotenoids (a fat-soluble nutrient) in the adults who were studied.1 However, it should be kept it mind that it is still possible for Olestra to have side effects that are more insidious or yet unknown. Even if Olestra were safe and effective, it would concern me even more. Potato chips without the fat will only drag our diet toward highly processed, artificial foods and away from what our bodies really need– a return to fresh, wholesome foods. So, either Olestra does have dangerous side effects, as some contend, or it is really safe. Either way it’s not an ideal solution for our nutritional dilemma.

Last medical review on: December 07, 2010
About the Author