Non-antibiotic Drug Use in Ear Infections 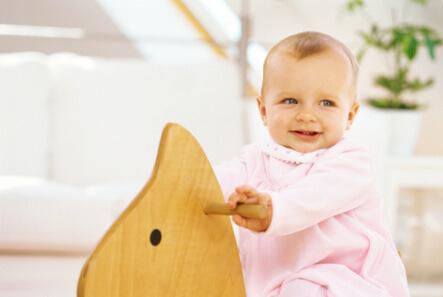 My daughter who is 8 months old has been on 5 different antibiotics for the past 3 months for the treatment of ear infections. I want to know if there is any other prescription that can be given along with the antibiotic that might help in getting her cured. My brother, who is a pharmacist, says that for his kid, who also went through chronic ear infections, a decongestant medicine helped. He was given a prescription strength phenylephrine and guaifenisin combination. Our pediatrician has just been trying different antibiotics and has so far recommended only an over-the-counter nasal decongestant (pseudoephedrine HCl) which hasn't worked well.
Please advise! Thanks!
Roopa Ghirnikar - Research Scientist - Stanford University

Chronic ear infections are so frustrating! Stories just like yours have prompted people to try a large number of other treatments in the hopes of improving the situation.

The two treatments that, along with antibiotics, have the most advocates in mainstream medicine are steroid medications and antihistamine/decongestant combinations. Both of these treatments are aimed at reducing blockage of the Eustachian tube, and make intuitive sense.

The panel made no comment on many of the possible treatment options, since inadequate research was available. They felt that there was sufficient evidence to comment on decongestants and steroids.

This panel recommends against using antihistamines or decongestants, either alone or in combination. A recent large scale review of the medical literature supports this recommendation (Cochrane 2006). Although it would make sense that relieving congestion should help, studies looking at their use have shown no improvement in outcome over children using antibiotics alone. With no established benefit, the side effects and cost were considered prohibitive. Individual children do differ in their sensitivities to medications, so I cannot tell you that a prescription-strength decongestant will not help your daughter, but I can tell you that every attempt to prove its efficacy has failed.

In January 2008, the FDA recommended against giving over-the-counter cough and cold preparations (including phenylephrine, guaifenisen, and pseudoephedrine) to children under the age of 2 years due to concern over possible serious and/or life-threatening side effects. The standpoint of the American Academy of Pediatrics (AAP) is that these preparations have never been shown to work in children under 6 years old, and that in some cases they pose an unacceptable health risk.

The panel also recommends against the use of steroid medications. There is limited scientific evidence that steroids might be somewhat effective in speeding up the clearance of middle ear fluid, especially in the short term (Cochrane 2006). However, the adverse effects of steroids outweigh the possible benefit.

One group of researchers has shown increased resolution of middle ear infection with an asthma medication called montelukast after 30 days of treatment (Drugs Exp Clin Res 2005; 31: S7-10). However, additional studies must be done to confirm this finding, and it is not currently a recommended treatment for chronic ear infection.

While antibiotics may have some short-term benefit, none of the medications carefully studied have been shown to be of benefit in the long-term. This is an exciting time in ear infection research, in that many alternatives are just now being looked at carefully.