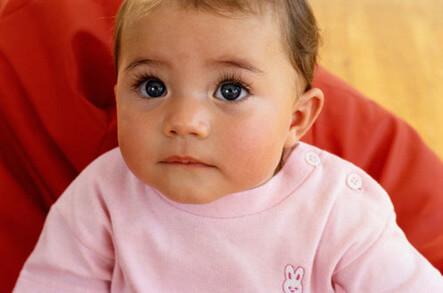 My 15 month old daughter has been placed on the antibiotic Septra, long term, due to a urinary tract infection (UTI). She had a renal ultrasound and it showed her kidneys were not in the normal size range. One was a lot smaller than the other. I'm concerned about Septra. I was told that sulfa drugs cause nephrotoxicity (ed. -- kidney damage). Is this true? Is there an alternative antibiotic? The UTI was caused by E. coli resistant to Amoxicillin.
Thank you for your time.
Kristie Brown - Japan

Prevention of kidney damage is an excellent reason for a child to be on long-term antibiotics, even in this day when we are doing everything we can to avoid unnecessary antibiotic use. I will tell you about Septra and some alternatives.

Septra and Bactrim are both brand names for a combination antibiotic called trimethoprim-sulfamethoxazole. This antibiotic is in widespread use. In children, the most common uses are for ear infections and urinary tract infections. It also has a role in the treatment of chronic bronchitis, traveler’s diarrhea, shigella, and in both the treatment and prevention of pneumocystis carinii pneumonia.

We all need folic acid (a B-complex vitamin) to survive. Most bacteria must manufacture their own supply of folic acid or folate. Animals (and some bacteria) depend on outside sources of folic acid, getting what they need from what they eat. Trimethoprim and sulfamethoxazole are both compounds that block the internal production of folic acid. Thus these compounds are relatively safe for humans, yet lethal to many bacteria. The combination product, Septra, is far more effective than either ingredient alone.

The sulfamethoxazole component of Septra is a sulfa (or sulfur containing) drug. It causes fewer side effects than the other sulfa drugs, but its side effects should be respected.

The most common significant adverse effects are allergic skin reactions. Most of these are mild, but occasionally they are quite severe. Septra should be discontinued at the first sign of a skin rash. Excess sun exposure should be avoided by anyone taking Septra.

Other side effects have been reported in virtually every organ system in the body, but in your daughter’s situation the concern would be about kidney problems. Sulfa drugs may precipitate in the urine, producing crystals that can cause bleeding, urinary obstruction, or kidney damage. This is best prevented by using the most soluble of the more than 150 different sulfa drugs (such as the sulfamethoxazole in Septra) and by drinking lots of fluids while on the medication.

Allergic kidney damage can also occur, underscoring the need to stop taking Septra at the first signs of an allergic skin rash. When Septra is used on an ongoing basis, occasional blood and urine testing (a urinalysis, CBC, BUN, and creatinine) can detect early signs of problems.

Most adverse reactions occur with larger treatment doses of Septra rather than the small doses used to prevent urinary tract infections (J Urol, 2004; 172: 448-53). Thus, Septra is a common antibiotic choice in situations like that of your daughter.

I prefer two alternatives, Keflex (cephalexin) or Macrodantin (nitrofurantoin). They are commonly used both for the active treatment and long-term prevention of urinary tract infections. They are each more effective than Septra against the bacteria where I live. They are also even safer, although each carries risks of its own.

It seems we must balance risks and benefits for almost everything we do!