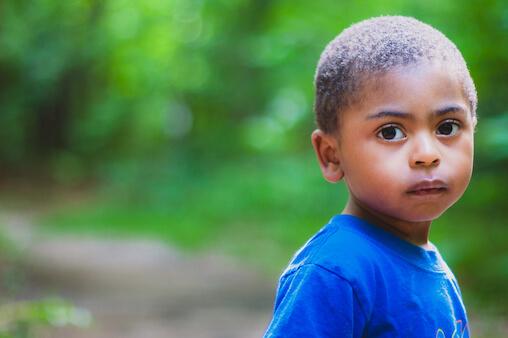 Dr. Greene, my son recently saw an ENT specialist because of mouth breathing, snoring and enlarged adenoids. While checking my son's ears, he commented on fluid in his left ear, which he estimated might have been there for some time. I have brought him for ear checks following ear infections. Why would my pediatrician not have mentioned it, and could my son's hearing be affected? He had a hearing test 3 months ago which was normal. Should he be tested again, immediately?
Brenda Dinsmore - Everett, Massachusetts

Fluid in the middle ear, which often goes undetected for weeks or months at a time, is an important hidden problem. This silent occupant of our children’s ears can have lingering effects years after the fluid has cleared up.

The first golden moment you gazed at your son in the delivery room, he was already beginning an amazing journey of learning. And how do children learn? They take in the world by using their five senses. The sight of your face, the feel of your touch, the taste of your milk, the scent of your unique aroma, and the sound of your voice combine together to teach your son about the world.

Some children enter the world in silence.

Each year about 20,000 children in the United States are born with permanent hearing loss. Often this isn’t discovered until the children are 3 years old and their language is noticeably delayed. We now know that hearing loss significantly impairs the ability to learn — not just learning to speak but also to walk, to read, to write, to do well in school and to get along well with others.

The sooner hearing loss is detected and addressed, the better children will do overall. For this reason, I strongly support universal screening of hearing in newborns. Now that quality hearing tests for babies are inexpensive (as little as $25), failing to provide or at least offer this to all parents is irresponsible.

But these 20,000 children with congenital hearing loss are only the tip of the iceberg. In April 1998, the Journal of the American Medical Association reported a staggering 7 million children in the United States with hearing loss significant enough to impair the ability to learn. Most of these children have temporary hearing loss, but even though the hearing loss is temporary, the impact can last a lifetime.

Language development during the first few years of life is nothing short of amazing! A child is born unable to understand any words, yet is speaking in complete sentences within a few years. During this flowering of development, there are certain critical windows when different sounds are learned. For instance, someone who reaches 8 to 10 months of age without hearing Chinese will lose the ability to distinguish between some of the vocal sounds of that language.

What a tragedy if the language you miss out on hearing is your own! The most common age for temporary hearing loss is during that same precious time when the miracle of language development is unfolding. The most common cause for temporary hearing loss is the fluid in the middle ear space associated with ear infections. (Incidentally, you will find a chapter on what you can do to help prevent these situations in my book, The Parent’s Complete Guide to Ear Infections.)

In a healthy ear, air fills the middle ear space. Sound waves enter the ear canal and vibrate the eardrum at the end of the canal, allowing us to hear. Whenever a child has an ear infection, germ-containing fluid enters the middle ear space from the back of the nose or throat. The eardrum can’t vibrate freely, resulting in a 15 to 40 decibel hearing loss.

On average, fluid lingers for 3 weeks following an ear infection, but it can remain for months at a time. Usually, 12 weeks of fluid is considered the cutoff for concern. However, Robert Ruben, M.D., of the Albert Einstein College of Medicine, has been able to detect long-term language delays (noticeable 9 years after the fact) in children who had 8 or more weeks of fluid between 6 and 12 months of age. Fluid that is present for 8 weeks is certainly worth knowing about.

Detecting silent fluid in the ears is the main reason for re-check exams following ear infections. This clear fluid, however, is not always easy to see. It may have been missed, but it quite possibly could have arisen afterwards. OME is the name of fluid in the ears that arises with no other symptoms.

It’s not really possible to know from one look in the ears, even a very careful one, how long the fluid has been there. Sometimes the fluid in the ears is thin and watery. Sometimes it is very thick. It used to be thought that the fluid got thicker as time progressed. Studies at the Armed Forces Radiobiology Research Institute have now shown that the character of the fluid does not correlate with the amount of time it has been there.

Once fluid in the ear has been detected, it should be monitored until it has gone. This monitoring could either be examination by a skilled professional, or simple home monitoring using the accurate, new EarCheck Middle Ear Monitor (with ongoing discussions with your physician about the results).

Your son’s normal hearing test 3 months ago is very reassuring. While there is fluid in the ear, though, we know that his hearing is somewhat decreased. When fluid is thought to have been there for 6 to 12 weeks, it is time for another hearing test to determine to what extent the hearing is impaired. While I am glad that his fluid is in only one ear, hearing loss in even one ear can still affect language and learning, especially in boys (who generally have fewer connections between the two sides of the brain than girls).

As your story reminds us, Brenda, many kids have fluid in one or both ears without anyone knowing. Middle ear fluid is a hidden problem that can powerfully affect our children’s experiences of the world. When we are aware of its presence, we can take appropriate steps to insure that our kids have the richest opportunities to explore the fascinating world around us.

Dr. Greene is a practicing physician, author, national and international TEDx speaker, and global health advocate. He is a graduate of Princeton University and University of California San Francisco.
Get Dr. Greene's Wellness RecommendationsSignup now to get Dr. Greene's healing philosophy, insight into medical trends, parenting tips, seasonal highlights, and health news delivered to your inbox every month.
17 Comments
Tara on April 18, 2019

My daughter was 30mo when we discovered middle ear fluid was causing a 90% hearing loss. We suspect it may have been present since 3mo, but her pediatrician suspected other possibilities wo digging. She was diagnosed w autism a year later, however we never thought that was correct bc she was very loving and social. She is 7 now and had made incredible gains in her behavior and language development. Even though a significant articulation disorder is present. She is regressing in school and refuses to learn. Expressing terror over the attempt to learn to read. Medically, we are working to remove the diagnosis. But the school wants to continue to treat her as autistic and refuse to consider her a hard of hearing child eventhough she had had 3 corrective surgeries since the fluid was found. I am in the fight of my life and am finally finding minimal resources and studies online supporting the overlapping characteristics of middle ear fluid and autism and how to differentiate the two. I need help and am driving myself crazy in the process and my daughter isn’t getting the services she deserves.

Hi Tara,
Does your daughter still have hearing loss? Or has that been completely corrected through treatment?
Best,
@MsGreene

Hi doctor, thanks, this is so helpful.
I equally need your help. I son is now 34 and have hearing loss with one of the ears. He was diagnosed with ear problem when he was 3 months old and treated by the doctor. before the age of 5 he has been having this ear arch frequently with ejection of whitish fluid. but presently at 34, he has hearing loss with one of the ears and says he always feels the ear is full and heavy. can this hearing loss be reversed at this age.

If your toddler has a speech delay and your doc says “no fluid” — push and push and see another doc. My granddaughter had a speech delay and the doc said — no fluids, probably developmentally delayed. You can image our shock. The same day the doc told that story at 9am, the ENT appt was at 2pm… guess what… fluids fluids fluids… he said “she cannot hear.” Pushed and pushed for 8 months and now on our way to tubes. You have to be an advocate. Sorry that the doc wasted so much time …. as a toddler… missed a lot!

Hello, im doing a research project on ear infections. This blog really helped me. Thanks!

Hi doctor my son is age 2 years and 3 months and doesn’t talk a word.Had a hearing test yesterday results were 35 in left ear 40 in right they also told me he had fluid in ears but they wasn’t concern and not seeing him now for four months is this right.