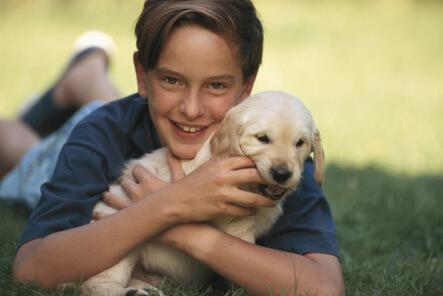 Can laser pointers damage your eyes if shined directly at them?

A laser (light amplification by stimulated emission of radiation) pointer is a device that transforms ordinary light into an extremely intense and nearly non-divergent beam of light of a single color, with the light waves all in synch. Depending on the intensity of the light, lasers can mobilize immense heat and power when focused at a short range. They are being used for exciting new surgical techniques.

Lasers are classified according to the maximal power output. Class 1 lasers (< 0.4 mW) are considered incapable of causing damage and carry no warning label. Class 4 lasers (>500 mW) are dangerous military, medical, or industrial lasers.

Laser pointers are class 2 (<1 mW) or class 3A (1 to 5 mW) and are required to carry a warning cautioning users to avoid shining a laser pointer beam into anyone’s eye. But class 3A lasers are less dangerous than most people think. The most well-supported risk estimate suggests that the retina can theoretically be damaged if someone were to stare into the beam for 10 seconds (Ophthalmology 1997; 104:1213).

This is nearly impossible to achieve. In this situation, 10 seconds is nearly an eternity. The pupil, blink, and gaze-averting reflexes stop significant exposures in less than 0.25 seconds. Even in the office of an eye surgeon, with a chin rest, a target, and a machine to aim the beam steadily, it is difficult to keep a beam on a single spot for more than a few tenths of a second. So, a laser pointer in mischievous hands carries no real risk for immediate or delayed retinal damage.

Lasers can, however, dazzle the eyes. Both pain and dazzle spot images are common results of looking at a laser beam. This has given rise to panic in many individuals. Although laser pointers have never been found to do damage, they have produced hysterical blindness–people who can’t see because they are convinced they can’t (The Lancet 1998; 351:1291).