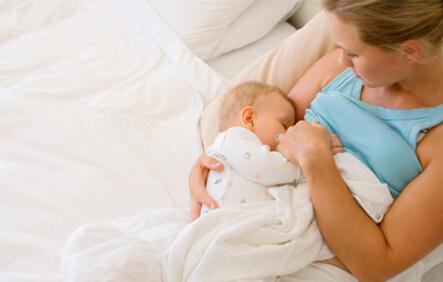 I'm strongly committed to breast feeding, but I'm not sure how digestible my breast milk is because lately my baby has been colicky. One book I read said that my breast milk would be more digestible if I cut dairy products out of my diet. I really love dairy, so I'm wondering if there's a way around this. Would it be OK for me to drink lactose-free milk instead of regular milk? What about taking a pill to help me break down the lactose in yogurt and cheese?
Committed but confused on the east coast

I’m glad about your decision to breast feed your baby. Although breast feeding can pose challenges (and joys), it is still true that mother’s milk is the perfect food for babies. Milk is, in fact, the basic food for all mammals. Why then do people often experience difficulty tolerating milk?

The difficulties can be caused by two different substances: milk sugar (lactose) and milk protein. Each of these substances produces its own particular problems. Lactose is the sugar in milk. It is the same for any kind of milk–breast, cow, goat, or sheep. A person who is lactose intolerant tends to have gassy symptoms, bloating, and diarrhea after eating dairy foods. These symptoms can be avoided if the person drinks lactose-free milk. Alternatively he or she could take pills such as Lactaid, which enable the intestines to digest lactose without any problem. There are far more people in the world who do not tolerate lactose than people who do. About 80% of all people over age 3 are lactose intolerant. This statistic applies to Native Americans, Asians from the Far East, Southeast Asians, Africans, African-Americans, and Native Australians. It does not apply to Caucasians, however: only 15% of Caucasians in the U.S. are lactose intolerant.

The statistic also does not apply to babies. Infants from all parts of the world do tolerate lactose–otherwise they couldn’t digest breast milk well. Their bodies make an enzyme, lactase, which enables them to digest the sugar in milk. As a result, in healthy full-term infants lactose intolerance is extremely rare. It is more common in premature babies, who are sometimes lactose intolerant until they begin to approach their original due dates. At that point, their bodies start making lactase. Newborn lactose intolerance is quite obvious, usually manifesting as discomfort with each feeding. Babies with lactose intolerance are treated with formula that is based on cow’s milk but is lactose-free, or else with a soy-based formula. Elemental formulas, which are much more “pre-digested” than usual formulas, also work well for these infants.

Healthy full-term babies can temporarily become lactose intolerant, though, during and after a bout of diarrhea, since diarrhea can cause them to lose the enzyme. Infants regain their tolerance after the diarrhea has ended and their bodies have had time to make more of the enzyme. Eventually, however, in most populations as the babies mature their bodies gradually make less and less lactase. As they grow into toddlerhood, they no longer tolerate milk of any kind.

The other component of milk that can cause people problems is its protein, which comes in two basic forms–casein and whey. The specific proteins differ slightly depending on which mammal the milk is from. The mammal whose milk most often creates digestive difficulties for humans is the cow. Intolerance to cow’s milk protein follows the opposite pattern from lactose intolerance, since it is not uncommon in newborns but becomes much less common the older children get. It is estimated that between 2% and 7.5% of healthy infants have significant intolerance to the protein in cow’s milk. The problem is particularly common in families with strong histories of eczema, allergies, or asthma.

Babies with this intolerance can have discomfort even if they are exclusively breast fed. The difficulty arises when the mother eats or drinks cow’s milk protein. The protein passes into her breast milk and from there into the baby’s digestive system. Antibodies to this protein have been found in infants who are intolerant, providing evidence of the link between the mother’s diet and her baby’s digestive troubles.

A study published in the January 1996 Journal of the American Dietetic Association looked carefully at infants’ symptoms of fussiness or colic and how they varied with maternal consumption of 15 different foods. Maternal consumption of cow’s milk was far more associated with the symptoms of colic than consumption of any other food. The study found that women who drank cow’s milk were twice as likely to have infants with colic compared to other breast feeding moms. Another study found that half of women with colicky babies who dropped cow’s milk saw marked improvement in their babies’ symptoms. A third investigation found that there were higher levels of cow’s milk protein in the mothers’ milk of colicky infants than in the milk of mothers whose babies were not colicky.

These studies strongly suggest that if your breast fed baby is colicky, it is worth a try to eliminate cow’s milk from your diet. You will want to avoid cheese, ice cream, milk in a glass or on cereal, yogurt, puddings, custards, cream sauces, and butter. This is not a quick fix, however. Cow’s milk protein can remain in breast milk for up to two weeks after the mother has stopped eating dairy foods. To see whether dropping dairy really makes a difference for your child, have your dietary experiment last about 3 weeks. If the change in your eating habits does improve your baby’s colic, you will probably want to remain off dairy at least until the typical colicky period is over, when your baby is 12 to 16 weeks old. If your child’s colic was severe and it turns out that he or she is especially sensitive to cow’s milk protein, you may want to avoid dairy even longer. Although many babies become tolerant of cow’s milk protein before their first birthdays, some children can take a full year or longer, and some never become tolerant.

During this period, as a mom you need to remember your own physical needs. First of all, you will need another source of calcium. You will need to take in at least 1200 mg daily. If you do not, the calcium you lack in your diet will be taken from your bones! Calcium is found in Tums, sesame seeds, bok choi (Chinese cabbage), canned non-boneless salmon and sardines, and dark green vegetables such as collard greens, spinach, turnip greens, and kale. Some brands of orange juice are fortified with calcium. Tofu is also a good source of calcium, but unfortunately as many as 20% of babies who are sensitive to the protein in cow’s milk are also sensitive to soy. You can try drinking almond milk, coconut milk, or rice milk in place of cow’s milk. Stores that sell vegan foods have non-dairy butters and cheeses available as well.

You may also need to be careful about your own body’s developing an intolerance to lactose. While avoiding cow’s milk protein, you will also have stopped consuming milk sugar. Your body may respond to the lack of milk sugar by stopping its production of the enzyme lactase. You would then start having digestive difficulties once you reintroduced milk to your diet. Ways to help prevent this problem are 1) try eating goat’s or sheep’s milk (for example, in French cheeses such as chevre). The proteins in these kinds of milk are less likely to cause your baby problems than the proteins in cow’s milk; 2) consume small amounts of cow’s milk used in recipes. Thorough cooking of cow’s milk alters the form of the protein, making it less likely to upset your baby’s digestion; and 3) when you do reintroduce dairy to your diet, do so gradually.

All of this may sound like a lot of work, but for parents with a colicky baby, the changes can be well worth the effort. There are other benefits to mom’s avoiding cow’s milk, too. According to the September 1993 Journal of Investigative Allergy and Clinical Immunology, studies have shown that the frequency and severity of asthma, eczema, and allergies are significantly reduced for as long as 5 years when breast feeding mothers give up cow’s milk for at least 3 months.

In answer to your question, then, your switching to lactose-free milk or taking Lactaid pills would not help your colicky baby, because those products still contain the protein in cow’s milk. Temporarily giving up the dairy products you love so much might make a real difference, however. You might find that what you lose in your diet will be made up to you in the smiles on your baby’s face.

Last medical review on: December 08, 2011
About the Author