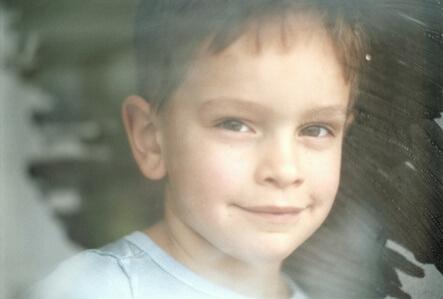 Dr. Greene, my 4-year-old son has this rash on the backs of his arms that looks like a dry form of goosebumps. It never goes away and is skin color or light pink. I have had the same rash on the fronts of my thighs and backs of my arms my entire life. It doesn't itch and doesn't bother us. Is it a vitamin deficiency or a hereditary skin condition?
Wendy Rinas - Ferndale, Washington

Wendy, the rash you describe sounds like keratosis pilaris, a common mild condition in which the backs of the upper arms look rather like dried out, plucked chicken flesh. If this is the case, half of your son’s children are likely to have the same future in store for them (unless your grandchildren’s mom also has it, in which case about 3/4 of the grandkids will). Keratosis pilaris is hereditary. Wendy, this is yet another way that you are linked to your son.

The characteristic rash is caused by firm little plugs forming in the hair follicles. The plugs themselves are made of bits of keratin, the main protein found in the outermost protective layer of skin (thus the name keratosis). These plugged follicles give the skin a raised, stippled appearance — usually called goosebumps. The bumps are usually skin color or slightly pinker, and do not itch. The rash is often not noticeable to others, except on close inspection.

Classically the condition appears in early childhood, often around the age of two or three. Since the rash is associated with and worsened by dryness of the skin, most people experience a clear-cut seasonal variation — generally worse in the winter. Although the rash changes in intensity from time to time, the baseline usually stays the same until middle adolescence, when it begins to improve. Adults who still have keratosis pilaris often experience further improvement during the middle decades. The average age when spontaneous improvement is first noted is sixteen (British Medical Journal, June 1994).

Although keratosis pilaris is hereditary, the rash is more common in those with eczema, dry skin, or vitamin A deficiency (or a number of more esoteric skin conditions). The most common spot on the body for keratosis pilaris is the backs of the upper arms (92% of affected people have it there). Next most common is the thighs (59%) (British Medical Journal, June 1994). It can also occur on the face, buttocks, and eyebrows.

Since the rash is often neither unattractive nor bothersome, treatment is entirely optional. The simplest treatment is to keep the skin moist with the frequent use of moisturizers, particularly just after the skin has become wet. Increasing the humidity in the sleeping quarters has also been shown to improve the rash (Clinical Pediatric Dermatology, Saunders 1993). Gentle exfoliation with a body scrub, loofah sponge, pumice sponge, or even a washcloth, can help loosen the plugs.

Also be sure that you and your son get adequate amounts of vitamin A in your diet, and perhaps from a vitamin supplement. Don’t overdo it on the supplements, however, since it is possible to overdose on vitamin A.

If further treatment is desired, your doctor can discuss adding an acid (urea, lactic, glycolic, alpha-hydroxy, or salicylic acid) to a moisturizer. This combination can be quite effective. You might have to experiment to find the optimum concentration of acid for you and your son (often different), to decrease the keratosis without irritating the skin. Ureacin is a strong, urea-containing moisturizer that often works quite well, and comes in different strengths.

The same manufacturers also make Lazer Creme, a gentle, natural moisturizer formulated for keratosis, and containing both vitamins A and E. (On the opposite extreme, chemotherapeutic agents used to treat cancer have as one of their few slightly positive side effects that they improve or eliminate keratosis pilaris — obviously not worth it as a treatment).

I like the idea, though, of using topical retinoic acid (Retin-A). This common medication used for the treatment of acne (and of wrinkles) should combine the benefits of both vitamin A and a gentle acid. I haven’t been able to locate a research study supporting its use, but we do know that the rash contains receptors to retinoic acid (Dermatologica, 1986) and that oral retinoic acid works (Cutis, April 1980) — although usually the risks outweigh the benefits of oral use.

Whether you choose to try some of these treatments or do nothing at all, when you and your son gently rub your hands over the backs of each other’s arms you can feel your connectedness. Your DNA, the distillation of who you are, is linked to his — a connectedness that links both of you to past and future generations of your family. Your life continues on in him, just as you carry your parents forward into this generation. Perhaps the keratosis pilaris will remind you to notice this connectedness even in situations where the link itself is invisible.