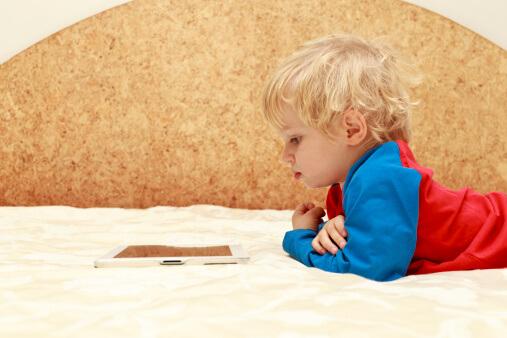 My 15-month-old son was diagnosed as borderline anemic. I've tried giving him the iron drops prescribed but they seem to disagree with him, and now he will not take them. What can I feed him to bring up his iron levels? He dislikes meat.
Melissa - Nashville, Tennessee

Blood is a straw-colored liquid packed with red blood cells, white blood cells, and platelets (little clumps that help the blood clot when needed). The red blood cells carry oxygen from the lungs to every part of the body; they also give the blood its characteristic blood-red color. This steady supply of oxygen to the body’s tissues is necessary for health, for growth, and for life itself.

When you don’t have enough red blood cells in your blood, you have anemia. Anemia can make you feel tired, weak, and cranky. It can cause pale skin, headaches, and a poor appetite. Kids with anemia tend to get sick more often. Their brains and muscles are also affected.

The most common reason for a young child to be anemic is an inadequate supply of iron. Iron is a mineral that your body needs in order to make red blood cells. Children who lack enough iron will make small, pale, ineffective red blood cells.

Even before they are deficient enough to get anemic, children who are iron deficient don’t learn as well. Memory and school performance are decreased. Athletic performance suffers.

Most children get a blood test between 6 and 18 months of age to look for anemia. The blood test is important because it can identify anemia before there are any symptoms. In most children the anemia never gets severe enough to cause noticeable symptoms, but it can still slow cognitive development. Iron deficiency (even mild enough not to cause anemia) is associated with a decrease in attention span, in alertness, and in learning ability. Iron-deficient children are also more likely to eat dirt, paint chips, ice, and other mineral-containing items.

Irritability and fatigue are common in mild to moderate iron deficiency anemia. The white part of the eyes can take on a bluish tint. The child may appear pale.

Prolonged or severe anemia can cause marked irritability, decreased appetite, slowed growth, a swollen tongue, and flattened, spoon-shaped, or brittle nails. There may be irritated sores at the corners of the mouth. In very severe cases, children can even go into heart failure.

Improving your child’s diet is the most important way to prevent and to treat iron deficiency. Many foods are good sources of iron:

The intestines of children who are being breast fed are two to three times more efficient at absorbing iron from every source. Taking vitamin C, or eating foods high in vitamin C (such as orange juice) at the same time as foods high in iron, also helps the body absorb and use the iron. The iron in iron-fortified foods is poorly absorbed, but usually contains enough extra iron to compensate for this.

Cooking in iron pans can help by adding iron to the food. Taking an over-the-counter multi-vitamin with iron can help provide a safety net for picky eaters.

Drinking too much milk makes anemia worse! Excess cow’s milk can cause a child to lose iron through the intestines, and can also make it more difficult for the body to use the iron that is present. Most toddlers get sufficient calories and calcium from 16-24 ounces of milk daily. No child needs more than 32 ounces of cow’s milk a day. Almost all cases of severe iron deficiency in young children are in those who drink too much milk.

If the anemia is severe, or if the diet isn’t working, iron drops may be necessary to replenish your child’s iron stores. The drops may be given with juice; they are both better tolerated and better absorbed. If they are given straight, they may turn the teeth dark. Iron drops can turn the stools dark and cause constipation, no matter how they are given.

The drops are usually given for about a month before a repeat blood test is performed to see if the anemia is resolving. If it is, the drops are given for another few months. If it is not, further investigation is needed into the many other possible causes of anemia.

A baby is born with about 0.5 grams of iron in the body. A healthy adolescent’s body has 5.0 grams. Throughout childhood a steady supply of iron enables your child to make healthy red blood cells, which will provide the oxygen needed for life, health, and growth.

Last medical review on: November 14, 2010
About the Author