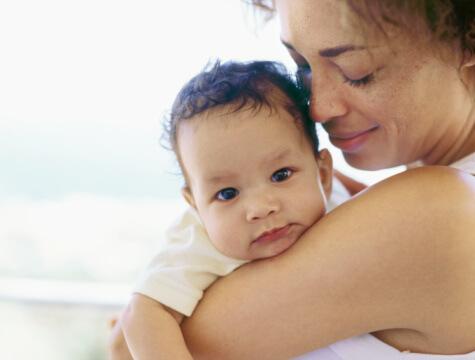 My son Alex who is 6 months old seems to be getting his second case of thrush, his first case was about 2 months ago then about two weeks ago he had a small rash on his back which we put steroid cream on and it healed. I am getting VERY panicked as to why he is getting so many fungal infections, should I be so worried? He is bottle fed, but we sterilize everything...no antibiotics usages either.

Superficial fungal infections are very common, and usually do not signal trouble in young infants. Oral thrush is very common in the first 6 months or so, but not common in 2 year olds. Kids who are susceptible to it often get it several times. The thrush itself would not cause me to worry.

The rash on the back that cleared from steroids may not be fungal at all. Steroids are not usually prescribed for fungal rashes because they will not make the rash clear up.

Oral nystatin is often used to treat oral thrush. It can be a good idea if kids seem uncomfortable, have decreased appetite, or are prone to the yeast going through to the diaper area. Nystatin cream, or another anti-fungal cream, is used if the infection is on the skin.

Thrush and yeast infections are both more common during or after courses of antibiotics. In older babies, active culture yogurt is a great way to prevent this. At your son’s age, the same active cultures can be given from a capsule, such as Culturelle. Probiotics appear to be promising, but their role still needs to be clearly established. For example, it is still unclear whether probiotics work by stimulating the immune system, helping repair a defective immune system, or changing the balance of “good” vs. “bad” bacteria in the body. Additionally, the specific strains of bacteria that are most helpful for each situation still need to be determined (Clancy, RL & Pang, G., Probiotics – industry myth or a practical reality?, J Am Coll Nutr. 2007 Dec;26(6):691S-4S; Douglas, LC & Sanders, ME, Probiotics and prebiotics in dietetics practice, J Am Diet Assoc. 2008 Mar;108(3):510-21). Avoiding unnecessary antibiotics is the best bet.

Oral thrush is a common problem in babies, but esophageal thrush is not. When thrush is deep in the throat and interferes with swallowing, it can indicate an immune problem. With oral thrush, though, I don’t worry if a child has it a number of times in the first 6 months.

Thrush should get less and less often over time though and greatly decreased after a year or so. We do not get concerned if kids get yeast diaper rashes while they are still in diapers. But once the diapers are gone, continuing infections begins to raise questions.

Dr. Greene is a practicing physician, author, national and international TEDx speaker, and global health advocate. He is a graduate of Princeton University and University of California San Francisco.
Get Dr. Greene's Wellness RecommendationsSignup now to get Dr. Greene's healing philosophy, insight into medical trends, parenting tips, seasonal highlights, and health news delivered to your inbox every month.
1 Comments
Rachonda Vallier on February 5, 2016

My 2 year old has just been put on antibiotic b his physician. He Now has a white patches on tongue with a few blisters. what can i put are give him to heal his pain amd rid the infection on his tongue. he got these antibiotic because he was told he had a ear infection. Could it be the medicine causing this are is something else please answer i need answers.