Honey and Peanuts during Pregnancy?

Dr. Greene answers a reader's question about the safety for mom and baby of eating honey and peanuts during pregnancy. 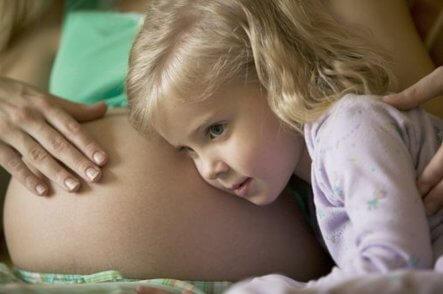 Is it safe to consume honey while pregnant? Is honey pasteurized or unpasteurized? Does it matter? Also, are peanuts considered safe? Thank you!
littleladybug

Hello, littleladybug. Lots of moms have questions about eating honey and peanuts during pregnancy. The honey issue is fascinating. The safety concern about honey arose because honey often contains spores that, under the right circumstances, can cause a rare deadly disease discovered in 1976, called infant botulism. Infant botulism is spread by these spores, not by pre-formed botulism toxin.

Botulism spores are found throughout nature, in soil, in dust, and on the unwashed surfaces of unpeeled fruits and vegetables. The spores are present in about 10 percent of the samples of honey tested. These spores are tough to kill. They are quite heat-resistant; some can survive boiling for several hours. Honey is naturally resistant to many bacteria. Sometimes, honey is pasteurized – usually it is not. Pasteurizing does not reliably destroy botulism spores. Some honey is filtered; some is not. Filtering does not reliably remove botulism spores. There are advantages and disadvantages to pasteurizing and filtering. I don’t feel strongly either way, but this is one food I prefer un-pasteurized. No honey, though, is best for infants.

The CDC recommends that children younger than 1 year of age should not be given honey unless the product has been certified free of spores.

Babies’ intestines are an ideal environment for the spores. When babies swallow them, the spores can turn into growing, multiplying bacteria that pump out a poison called botulinus toxin. This toxin is absorbed through their immature intestines, and causes infant botulism. Some cases of infant botulism are mild; some are fatal. The peak age that babies are susceptible is when they are 2 to 4 months old. They may be at risk from about 1 week until 9 to 11 months. This is the reason babies under one year old should not be fed honey. Because the spores are so heat-resistant, there is a theoretical risk for babies eating even processed foods containing honey. Commercial canning, however, usually destroys the spores.

The Safety of Honey

Normally, swallowing spores is not a problem for healthy adults or older children. The spores usually remain spores. The bacteria do not grow well in mature intestines teeming with beneficial bacteria. Pregnant women, other adults, and older children are routinely exposed to spores without being affected.

The safety of honey as a food for healthy adults and older children is unquestioned.

Adults can get botulism, though, from other sources. The pre-formed toxin can be found in improperly canned or processed foods. The botulinus toxin is among the most lethal of all naturally occurring substances. A trace amount can be deadly. Thankfully, toxin production can be prevented with proper refrigerating, freezing, drying, or adding the correct amounts of salt, sugar, or sodium nitrate. The toxin can be destroyed by heat (20 minutes at 176 degrees or 10 minutes at 196 degrees). It can even be harnessed (BoTox is in vogue to reduce wrinkles).

The Safety of Peanuts

The safety of eating peanuts while pregnant remains a controversial issue. In general, the results are mixed about how mom’s pregnancy diet affects allergies in the baby. Although several studies have suggested that the chance a baby will develop peanut allergies goes up with the amount of peanuts that a pregnant mother eats, the bulk of studies do not. Until recently, the American Academy of Pediatrics suggested avoiding peanuts during pregnancy, but in 2008 they reversed their position and declared that we don’t have convincing evidence that avoiding peanuts or other foods during pregnancy reduces allergies, eczema, or asthma (Curr Opin Pediatr 2008; 20(6): 698–702).

Some have also raised concerns about aflatoxin, produced by a fungus that grows on some peanuts. The government has set “allowable” levels of aflatoxin for peanuts and peanut products. There are not enough data to make a general public health recommendation that pregnant women avoid all peanuts for this reason. Nor are there enough data to recommend peanuts for pregnant women without caution.

In my book, Feeding Baby Green, I discuss positive things you might do during pregnancy to reduce allergies and increase health for your baby – while even beginning to teach your baby the flavors of great food!

Last medical review on: January 31, 2015
About the Author