The older the child (or adult), the more likely Henoch-Schonlein purpura (HSP) is to be serious. It can be life-threatening, but that most children recover. 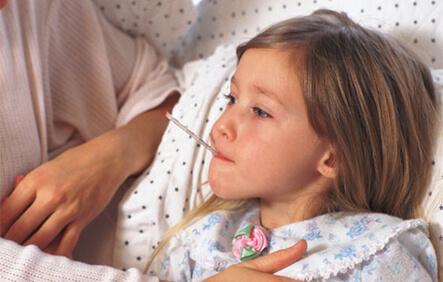 My neighbors' 9-year-old daughter was recently diagnosed with a condition called Henoch-Schonlein purpura. This apparently followed a viral infection. She is under the care of a physician and this was diagnosed by a biopsy. I have done several searches "on line" and have not come up with any information. Would you be able to shed some light on this subject or steer me in the right direction as far as resources? What is the cause of this; implications - long term?
A Registered Nurse - Froedtert Memorial Lutheran Hospital - Milwaukee, Wisconsin

No one knows what causes it. We do know that it often follows a viral respiratory infection. It seems to be some kind of allergic reaction to the virus. It has also been seen following Strep throat, prescription medicines, bee stings, chemical toxins, cold exposure, and food allergies. It can occur in epidemics. In the Northern Hemisphere it occurs most commonly between November and February. It is often accompanied by a low-grade fever, and just not feeling well. It most often affects children ages 2 through 10, boys more often than girls. The older the child (or adult), the more likely it is to be serious. We know that it can be life-threatening, but that most children recover. “It” is Henoch-Schonlein purpura (HSP).

HSP is a type of vasculitis — an inflammation of blood vessels — that was named for Drs. Henoch and Schonlein, who each discovered it independently more than 30 years after it was discovered by Dr. Heberden, who got no credit.

Tiny blood vessels in the skin swell and then hemorrhage, giving rise to the characteristic rash of HSP. The rash usually begins with small hives, or red patches, or red bumps, which can appear anywhere on the body, but especially on the legs and buttocks. This rash represents swollen blood vessels, and the spots blanch with pressure, since pressure moves the blood along the vessel. The allergic nature of the rash often makes it itch. As time passes, blood leaks from the swollen vessels, the rash changes from red to a bruised, purple color (hence the name purpura), and the rash no longer blanches when pressed. As the tiny bruises heal they turn to a rust color, and then fade. Each spot lasts for about five days. Often the rash comes in several crops, and a single child may have a rash of a variety of different colors. All children with HSP have the skin rash (by definition). The rash resolves without trace. (“A savvy mom named Beth Anderson wrote and suggested that when her son had HSP, “the term “blood blisters” was the key to describing the rash for those who couldn’t see it in person. Most people have had a blood blister and can relate to the term better than bruises.”)

The skin rash is the most obvious, and most common, finding in HSP — but by no means the most serious. Blood vessels in other parts of the body can also be involved –most frequently in the joints, the intestines, and the kidneys. Rarely, vessels in the muscles, eyes, testicles, lungs, heart, and brain have become inflamed, sometimes leading to serious consequences.

Joint involvement occurs in two thirds of the children. The knees and ankles, particularly, often become swollen, tender, and painful with movement. This arthritis can be quite debilitating, but usually resolves in just a few days. No permanent deformity results, even with the most severe arthritis.

Inflammation of the blood vessels of the GI tract occurs in more than half of the children. Most of these experience abdominal pain, often quite severe. They will often vomit — sometimes vomiting blood. More than half of the children with HSP will have bloody stools. Serious short-term complications most often come from the GI involvement, some of which require observation in the hospital and some require surgery.

Kidney involvement affects between one-fourth and one-half of the children with HSP. They may have blood and/or protein in the urine. They may even have kidney failure. Serious long-term complications most often come from the kidney involvement.

Full-blown HSP may appear suddenly, or different symptoms may appear gradually over several weeks. The order in which the symptoms appear varies. A child might have unexplained abdominal pain, or knee pain, or bloody stools, or blood in the urine for a week before other symptoms appear to bring the correct diagnosis into focus. The diagnosis is usually made when the rash turns purple.

Most children recover fully. The disease may be quite mild and last only 2 or 3 days. For those with moderate to severe symptoms, though, the disease is usually gone within a month. Two-thirds will never have a relapse. For those who do, it is usually within the first four months particularly after the child gets another cold or is re-exposed to the offending agent. Thankfully, the relapses usually are both milder and shorter than the original episode.

Rarely, children die from complications experienced near the time of diagnosis (bowel perforation, hemorrhage, seizure, stroke, etc.). Having made it through the acute crisis, the long-term outcome depends on the extent of kidney involvement. With no kidney involvement, full recovery is the rule. One-fourth of the children with kidney problems will still have detectable problems years later. By 8 years after onset, however, only 2% will still have any kidney problems. The long-term prognosis can often be determined from a renal biopsy early on.

There is no specific treatment for HSP. If the initiating trigger is identified for an individual child, everything possible should be done to remove it. If the cause is thought to be a bacterial infection, such as Strep throat, prophylactic antibiotics are often given once the infection is eliminated, to prevent recurrence. Anti-inflammatory drugs, and sometimes immunosuppresive drugs, are used to provide much-needed symptomatic relief. Steroids are controversial – they may cause dramatic reversal of GI or brain involvement, but have not been shown to be very effective for the kidneys.

. HSP is a very serious disease. Thankfully, it is also very uncommon. The odds are that your dear little friend will recover from this with nothing to show for it except some bad memories.

Last medical review on: December 26, 2014
About the Author