Hemihypertrophy, also called hemihyperplasia, is a greater-than-normal asymmetry between the right and left sides of the body. This difference can be in just one finger; just one limb; just the face; or an entire half of the body. 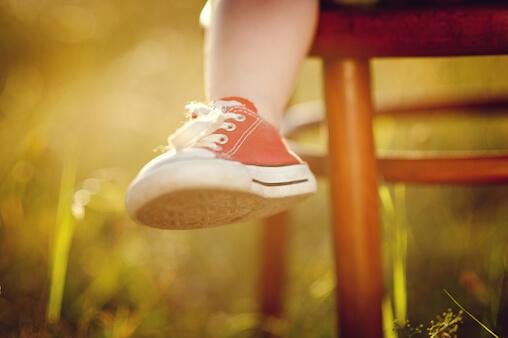 Dr. Greene, I'm hoping that you can help me find some information on the subject of hemihypertrophy. My darling daughter Jemma was diagnosed at the age of 4 months. She is now 4 1/2 years old, and although I have found an on-line support group for it, most of the members don't know much about it either. We live in Australia and there is very little information to be found. I seem to be the one teaching Jemma's pediatrician about what little I do know. At the moment, Jemma's discrepancy is at 4 cm, but just 2 months ago it was 2 cm. Since she has been diagnosed the discrepancy has remained fairly consistent before her most recent growth spurt. It has been a long and lonely journey for us (the doctors here don't seem to want to put me in contact with other Hemi families...if there are any), so any information gives me the backup I need to deal with this on our own. Once again thank you for taking the time for me in the chat today and I look forward to hearing from you. Take Care
Vonda (a.k.a. Potubby2) - Australia

Vonda, I’m so glad you asked! Most people are not aware of this medical condition. Hemihypertrophy, also called hemihyperplasia, is a greater-than-normal asymmetry between the right and left sides of the body. This difference can be in just one finger; just one limb; just the face; or an entire half of the body, including half the brain, half the tongue and the internal organs, or any variation in between. Someone with hemihypertrophy might have acne on only one side of the face. The skin is often thicker, and there may be more hair on the head, on the larger side. Rarely, children can have crossed hemihypertrophy (one leg and the opposite arm are larger than their partners).

Theories abound as to the cause of hemihypertrophy- perhaps it is increased blood flow or decreased lymph drainage, or nerve or hormone abnormalities. To date, not enough research has been conducted to choose between the theories. We don’t know the cause, but we do know that hemihypertrophy is usually not inherited. People with hemihypertrophy can go on to have healthy, normal children (Genetic Counseling, 1993; 4:119–126).

Hemihypertrophy is a key warning to be on the lookout for several kinds of cancers. Sadly, hemihypertrophy is often not looked for and not diagnosed until after the cancer has been discovered.

None of us is exactly symmetric. I recall seeing a series of fascinating magazine photos of famous movie stars. The photos were made by putting together 2 right sides and 2 left sides of their faces. It was surprising how much this changed their appearances. I had not noticed the asymmetry until it was removed.

During World War II, a series of United States Army recruits was carefully measured, and only 23% were found to have legs of equal length. The average difference was a little more than 1/4 inch (American Journal of Roentgenology, 1946; 56:616–623). One of our ears is usually higher than the other. The two eyes are slightly different. Only rarely are two nipples at the same height and the same distance from the midline.

All of us are asymmetric, and where normal variation ends and hemihypertrophy begins is controversial. Nevertheless, the distinction is very important because hemihypertrophy carries real risks. A definition first proposed over 20 years ago still seems to me to be the best general guideline: hemihypertrophy is a 5% or greater difference in size or length between some aspect of the right and left sides of the body (Clinical Orthopedics, 1979; 144:198–211). This translates into a leg-length difference of about 1/2 inch for a 1-year-old, about 1 inch for a 5-year-old, and about 1-1/2 inches for an adult.

Because hemihypertrophy is a disorder of the body’s normal controls of growth, it is not surprising that people with this condition can also have a higher rate of cancer. In one study, 168 children with isolated hemihypertrophy were very carefully followed to try to determine the true rate of cancer in children with this condition. Just under 6% developed childhood tumors (American Journal of Medical Genetics, 1998; 79:274–278). The most common cancer is Wilms’ tumor (of the kidney), followed by adrenal carcinoma and liver cancer (hepatoblastoma).

Because most of the cancers occur in the abdomen, the recommendation has been made (by the participants of the First International Conference on Molecular and Clinical Genetics of Childhood Renal Tumors–among others) that children with hemihypertrophy receive a screening abdominal ultrasound every 3 months until age 7 and, at minimum, a careful physical examination every 6 months until growth is completed (I prefer ultrasound). One proposed exception to this recommendation is in hemihypertrophy due to Klippel-Trenaunay Syndrome– the risk of Wilm’s tumor does not appear to be increased in these cases (Pediatrics 2004; 113:326-329).

Some argue that screening for cancer in children with hemihypertrophy is not cost effective because most children do not get these tumors and, even for those who do, these tumors are fairly easy to treat even if caught late. Be that as it may, if it were my child, I would insist on the screening.

The next most immediate concerns are the orthopedic problems that result from any leg-length discrepancy. Over time, scoliosis, or curvature of the spine, commonly develops. This disappears when the leg lengths are equalized, either with surgery or with special shoes or lifts. Close contact with a skilled pediatric orthopedist is a must.

Plastic surgery for facial discrepancies is sometimes warranted. The best people to contact are a craniofacial team or perhaps the people who repair cleft lip and palate in your area if no one has experience with hemihypertrophy. Computed tomography (CT) scans and computers can now be used to plan the repair for the best outcome (Journal of Oral and Maxillofacial Surgery, 1987; 45:217–222).

These, Vonda are the major issues. I’d be happy to talk with you more about them in chat.

Last medical review on: November 07, 2008
About the Author