Growing Understanding about what Causes Psoriasis

The first step toward successful treatment of any rash is to correctly identify it. With this rash understanding psoriasis causes can help to prevent it. 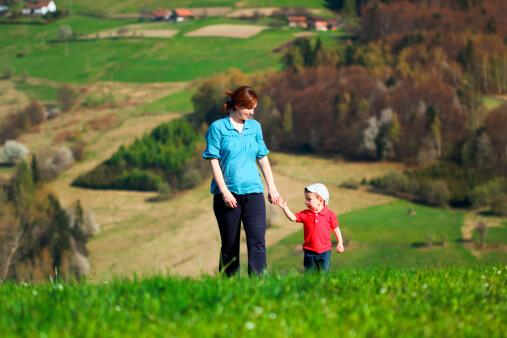 Dr. Greene, our little son has had a horrible rash for three months and it is getting worse. He has seen 5 doctors, including 3 dermatologists, and we've lost track of the number of unhelpful prescriptions. They say it's severe psoriasis. Please help us get him relief. His fingers are bloody and raw. People cringe when they see him.
Pat & Jan - San Mateo, California

The first step toward successful treatment of any rash is to correctly identify it. Any child with a chronic or recurrent rash that is unresponsive to prescribed treatment deserves a trip to a pediatric dermatologist. With psoriasis, most kids have seen several doctors, even dermatologists, before the diagnosis is confirmed. Psoriasis is often not even considered in children because the average age of onset is 28 years; however, almost 40% of psoriasis patients actually develop the rash before age 20 (Dermatology Clinics, 1998; 16:593-608). Also, at least five different patterns of the psoriasis rash exist, all of which look quite different, adding to the likelihood of a missed diagnosis.

With psoriasis, getting the correct diagnosis is just the beginning of the problem. Psoriasis has long been a frustrating condition with disappointingly ineffective treatments. Right now, at the dawn of the 21st century, history is changing. Exciting new discoveries are tumbling out of many creative labs. Dramatic, safe, and effective treatments are just now becoming available.

So sound a trumpet! If you know someone with psoriasis that is not clearing up, he or she needs to contact a psoriasis center or an expert in psoriasis immediately. Helpful options now abound. More are right on the horizon.

According to the National Psoriasis Foundation, about 125 million people throughout the world suffer from psoriasis. The American Academy of Dermatology estimates that about 150,000 new cases are identified each year in the United States. Five recognized forms of psoriasis exist: (1) guttate, in which the skin looks as if a hot liquid has splattered on it; (2) plaque, the most common, with raised red patches and silvery scales; (3) inverse, in which the rash is mostly on flexion creases, such as the inside of the elbows; (4) erythrodermic, with sheets of reddened, scalded-appearing skin; and (5) pustular, with multiple little pimples. One or more of these forms can appear simultaneously in a person with psoriasis, and the disease can shift from one form to another.

Although psoriasis is a long-term, recurrent problem for most who have it, the extent of the problem varies from quite mild to quite debilitating. It might be only a mild scalp condition, easily controlled with the appropriate, over-the-counter shampoo. It might show up as temporomandibular joint disease (TMJ), geographic tongue, or pitted nails. Or, for 10-30%, it might include the swollen hands and feet of psoriatic arthritis. Each year, about 400 people in the United States die from complications of psoriasis (Drug Discovery Today, 1999; 4:222-231). And every year, between $1.6 billion and $3.2 billion is spent on psoriasis in the United States alone (Annals of Reported Medicine and Chemistry, 1997; 32:201-210). Much of this fortune is wasted on treatments that are ineffective or dangerous.

Growing understanding about what causes psoriasis is leading to more targeted and effective treatments.

I remember learning in high school physics that some experiments into the nature of light suggested that light is an energy wave, and others, that light is a particle. We now know that in some respects, both are true. In much the same way, research into the nature of psoriasis has appeared contradictory. Some studies seem to prove that it is a genetic condition; others, that it is caused by infection or injury; and yet others, that it is an autoimmune process. It is now becoming clear that all of these are true.

Some people are born with a genetic susceptibility to psoriasis. Not all of them will get it. For some of them, though, an infection or injury prompts an immune response that then spins out of control. The outer, keratin layer of the skin grows too rapidly. White blood cells (lymphocytes) fill the area and attack the person’s own skin, resulting in the rash.

For years, the mainstays of treatment have been steroid creams, coal tar preparations, and moisturizers. For mild rashes, these have been sufficient. For severe psoriasis, people have resorted to immunosuppressive chemotherapy, such as methotrexate and cyclosporin, which are usually effective but have severe short-term and long-term side effects.

Here are some of the exciting recent developments:

Complete remission of psoriasis came as an unexpected side effect when a form of oral vitamin D3, called calcitriol, was used to treat osteoporosis (Medical Journal of Osaka University, 1985; 35:51-54). Its use was limited, though, because of its tendency to raise calcium levels too high, causing side effects such as kidney stones.

Next, topical treatment with calcitriol was tried, with 84% reporting complete clearance or marked improvement (British Journal of Dermatology, 1986; 115:421-429). This topical form could be quite irritating to the skin and, when used in large amounts, still raised calcium levels in the body. Researchers tried several variations to achieve less topical irritation and fewer oral side effects. Now a couple new forms are available, including calcipotriol and tacalcitol.

Of the two, calcipotriol (also called MC903, calcipotriene, and Dovonex) is the most widely used. Calcipotriol is 100 to 200 times less likely than calcitriol to cause side effects (Pharmacology and Toxicology, 1995; 77:241-246). Calcipotriol has been proven safe and effective in children aged 2 to 14 years (Journal of the American Academy of Dermatology, 1997; 36:203-208). Tacalcitol Is not yet as widely recommended for use in children.

Topical retinoic acids were a great breakthrough in acne treatments, but when they were tried on patients with psoriasis, the early results were disappointing. Effective oral forms for psoriasis were later developed (similar to Accutane), but they had the disadvantage of high levels of toxicity. Recently, fourth-generation retinoids, including tazarotene (also called Tazoracor or Avage), have been shown to be effective topical therapies for psoriasis.

Tazarotene gel administered once or twice daily results in significant improvement as quickly as 1 week (Archives of Dermatology, 1998; 134:57-60). Importantly, the improvement was maintained for 8 weeks after stopping treatment. When used as a single agent, it is the most cost-effective way to achieve a disease-free period (Clinical Therapeutics, 1998; 20:851-869). However, tazarotene is only moderately effective when used alone and is,therefore, usually used in combination with vitamin D3 analogs or corticosteroids. Systemic absorption of tazarotene appears to be very low, leading to no systemic side effects. However, because of its teratogenic potential if systemically absorbed, use in women of childbearing age should be closely monitored.

For children whose psoriasis is triggered by throat infections or made worse following strep or impetigo, tonsillectomy and adenoidectomy may be an option. One recent article reports complete freedom from rash during the 16-month follow-up after this simple surgery to remove lymph tissue (Ear Nose and Throat Journal, 1999; 78:155-158). However, there are no well controlled studies on the efficacy of tonsillectomy for management of psoriasis, and a lot more research needs to be done to determine which patients might benefit the most from this procedure.

Natural sun exposure helps in psoriasis. This led to several attempts to improve on this effect. PUVA, a form of ultraviolet radiation, has been used for more than 30 years in psoriasis treatment and is one of the most common procedures today in dermatology (Journal of Dermatological Science, 1999; 19:78-88). Recent refinements in PUVA regimens have improved the results (British Journal of Dermatology, 1999; 140:661-666). Unfortunately, PUVA is generally not considered safe for children and is only used in special cases for teens/adolescents.

Even better results (with fewer side effects) have now been achieved with narrow-band UVB phototherapy. In half of those treated, psoriasis cleared totally within 8 to 10 weeks (Photodermatology, Photoimmunology, and Photomedicine, 1999; 15:81-84). UVB phototherapy is approved for use in children (Pediatric Dermatology, 1996; 13:406-409).

People who bathe in the salt water of the Dead Sea in natural sunlight have been noted to have dramatic, complete improvement of their psoriasis (British Journal of Dermatology, 1998; 139:1012-1019). Trips to the beach or saltwater in the bathtub followed by sunbathing can be a pleasant addition to psoriasis therapy. Use sufficient sunscreen to prevent burning.

Cyclosporin is a powerful immunosuppressive drug originally used to make heart, liver, and kidney transplants possible. The dramatic effect of oral cyclosporin in psoriasis was initially discovered in 1979 (New England Journal of Medicine, 1979; 301:555). Because of the side effects associated with cyclosporin use, treatment is usually reserved for patients with severe, widespread psoriasis. In most patients, remission of psoriasis is usually achieved within 8 weeks of treatment.

Topical cyclosporin is almost completely ineffective, probably due to the large size of the cyclosporin molecules.

FK506 (also called tacrolimus and Prograf) is a relatively new immunosuppressive that is very similar to cyclosporin. Oral use has similar dramatic results for psoriasis and similar toxicity.

In 2000, the FDA approved topical FK506 for use in atopic dermatitis. The preliminary studies on severe eczema, showed that the topical form works spectacularly (New England Journal of Medicine, 1997; 337:816-821). Several studies have now demonstrated excellent results using tacrolimus to treat inverse psoriasis in children (J Am Acad Dermatol, 2005; 53: 713-716). Unfortunately, rare cases of cancer have been reported in association with topical FK506. Although more research is needed to confirm the association, topical FK506 should not be used on a long-term basis for patients of any age.

Several similar compounds are being studied for the treatment of psoriasis including pimecrolimus, sirolimus and ISA 247 (J Am Acad Dermatol, 2006; 54: 472-8).

Another interesting approach is to administer antibodies, related to those that naturally occur in the human body and hence the term “biologics,” that specifically target the overactive inflammatory cells or molecules associated with psoriatic skin. Currently, 54 biologics are approved for use in adults (etanercept, infliximab, adalimumab, alefacept, efalizumab). Of these, etanercept has been studied in a large clinical trial of children and adolescents age 4-17 years with psoriasis (N Engl J Med, 2008; 358: 241-51). At the end of 12 weeks of once weekly injections, 53% of patients were clear or almost clear of disease.

Calcipotriol and tazarotene are ready to go as easy-to-use gels. Both of these have set new directions in psoriasis research, so that even better vitamin D3-based and vitamin A-based medicines are likely to be available soon. Topical FK-506 is also now available. And, as we’ve discussed, whole new types of psoriasis medicines are in the pipeline.

So far, we’ve been looking at single agents.

Combination treatment will offer the best solutions. We already know that when tazarotene is used with topical steroids, the combination is much more powerful and has fewer side effects than when used alone (Cutis, 1999; 63:41-48). When used with phototherapy, tazarotene makes UVB treatment even more effective (Journal of the American Academy of Dermatology, 1998; 39[suppl]:144-148).

Work closely with psoriasis experts to select the best combination for your child. I strongly recommend that anyone with more than mild psoriasis connect with the National Psoriasis Foundation, a nonprofit group of people with psoriasis, their families and friends, and medical professionals. At their 30th anniversary meeting in New York, a young woman named Karin Holstein gave a moving talk about what it was like to be a child with psoriasis. It was particularly tough during the teen years. Dating was the hardest. She learned, though, to build a self-concept that wasn’t based just on her appearance.

In a nice twist, effective treatment later allowed Karin to become a successful international model and cover girl. Pat and Jan, as awful as your son’s rash looks now, his future is bright indeed!