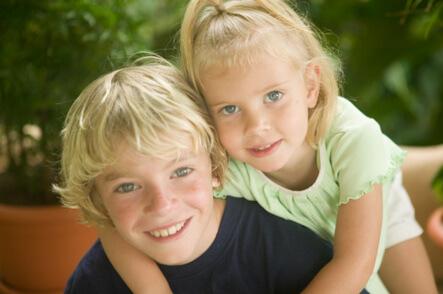 What is Gloves And Socks Syndrome?

This condition was unheard of until 1990 when Harms et al. first reported it in the Journal of the American Academy of Dermatology. They described five young Swiss adults who had swelling of the hands and feet with borders at the wrists and ankles. Some of these people also had involvement of the lips or mouth. Some had a fever. All of them broke out in a rash. The authors called it Papular-Purpuric (for the rash) Gloves and Socks Syndrome, or PPGSS. They felt that this peculiar set of symptoms was the result of a virus (I should mention that all of the subjects had been taking medications, so an allergic reaction was also considered).

After this initial paper, sporadic cases began to appear in the dermatology literature. All the cases involved people between 16 and 36 years old. All of them occurred between April and September (I would suspect that in the Southern Hemisphere they would appear in the local spring and summer). The swelling and rash always lasted longer than one week, but usually resolved by two weeks. Sometimes peeling of the hands and feet followed the resolution of the swelling. Sometimes the patients became fatigued for 4-6 weeks following the resolution of other symptoms.

In 1993, reports of Gloves and Socks Syndrome began to appear in the pediatric literature, beginning with the story of a 9-year-old girl from Iowa. By this time evidence was beginning to mount for at least one virus that might cause the syndrome — parvovirus B19. Parvovirus B19 is the same virus responsible for erythema infectiosum (more commonly known as Slap Cheek or Fifth Disease).

In otherwise healthy people, it seems to be a benign, self-limited disease. However, parvovirus B19 (whether Gloves and Socks Syndrome or Slap Cheek) can cause significant short-term anemia. This is important for people who already have anemia for some other reason and for pregnant women.