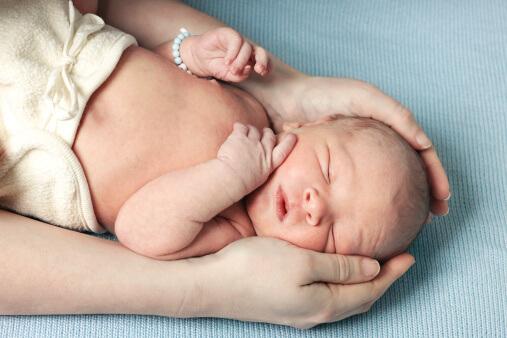 What can you tell me the difference between GERD and pyloric stenosis?

GERD stands for Gastroesophageal Reflux Disease. Normally, when we eat, food passes from our mouths to our stomachs through a tube called the esophagus. When food or acid in the stomach travels back up the esophagus, the process is called gastroesphageal reflux.

Many people have some degree of reflux. You may have experienced the feeling of heartburn after a large meal. When reflux occurs on occasion, it typically does not cause any problems. However, when it occurs frequently, it can cause damage and inflammation to the esophagus. Gastroesphageal reflux disease describes reflux that is abnormally frequent or damaging.

All newborns have a small amount of reflux. Spit up, is by definition, a reflux event. However, if the spit up is frequent or causes pain, poor feeding, poor growth, breathing problems, or damage to the esophagus, treatment is usually prescribed.

For babies with a mild degree of reflux, pediatricians may recommend nonmedical treatments such as thickened feeds or sitting the baby up at a 45-degree angle during and after feeds. Giving smaller, more frequent feedings makes good sense and is reported by many doctors and parents to have made a difference. An AR formula is an easy thing to try. Enfamil AR adds some rice without changing the number of calories kids get. It goes down thin then thickens in the stomach. Carnation Good Start, with its partially hydrolyzed proteins, has been able to show that the formula goes through the stomach quicker, but studies proving its effects n reflux are lacking.

Pyloric stenosis, is far less common than GERD. It occurs when, the valve at the bottom of the stomach grows so tight, that liquid in the stomach comes shooting back up. The classic thing with pyloric stenosis is projectile vomiting, where the vomit shoots out forcefully away from the body. However, not all kids with pyloric stenosis have this (or vice versa). But the one thing most of these kids have in common is that the vomiting is progressive. It occurs more and more often over time, usually immediately after a feeding, but not necessarily after all feedings. It usually starts after 3 weeks of age, but can begin anywhere up to 5 months. It is most common in firstborns, especially firstborn boys. While nonmedical treatments have been explored in other countries, in the United States, the primary mode of treatment is surgery. When done by an experienced pediatric surgeon, the surgery is rather simple and the recovery time can be quick. Many babies are eating and feeling well enough to go home within 24 to 48 hours after surgery.