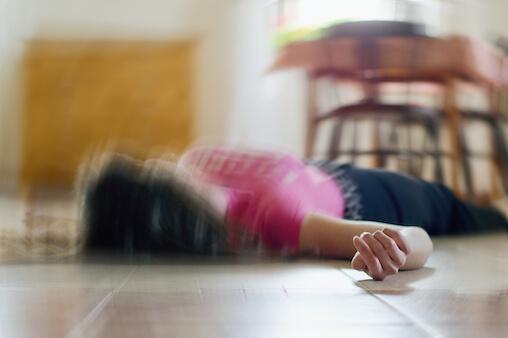 What are generalized seizures?

Generalized seizures are disruptions of both sides of the brain at once, and as a result, usually include an impairment or loss of consciousness. The classic tonic-clonic or grand mal seizure would be difficult not to notice. The individual suddenly loses consciousness, sometimes emitting a piercing cry or haunting moan. The eyes roll back in the head; muscles throughout the face, trunk, and limbs become rigid in a tonic contraction. The person falls, unprotected, to the ground. Often the tongue is bitten. More frighteningly, breathing stops and the person begins to turn blue. Sphincter control is lost; urine and sometimes stool are passed. This tonic phase usually lasts for tens of seconds. As the clonic phase begins, the muscles relax and then contract again with rhythmic jerks. It is not uncommon for this phase to last for 30 minutes or more. When the generalized tonic-clonic seizure is finally over, the entire body relaxes, and the person is unconscious.

Absence or petit mal seizures, by contrast, are often nothing more than brief, motionless, blank staring into space. The head may fall forward slightly and the eyelids may flicker, but the effect is undramatic. After absence spells the people immediately resume whatever they were doing or saying just before the seizure interrupted them. They don’t even notice the pause.

One of the other types of generalized seizures is called atonic seizures. Here, the affected person usually has a sudden increase and then loss of muscle tone, leading to a complete or partial collapse. These are often called “drop attacks.” The unprotected falls can easily result in injury in the head or body.