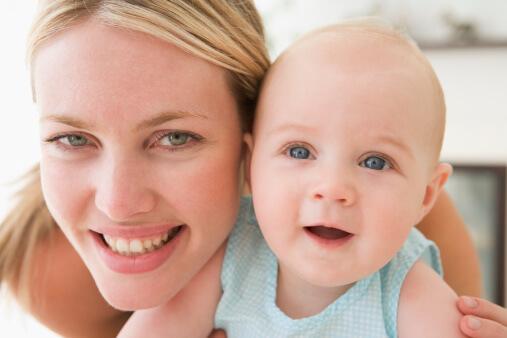 My 9-month-old daughter has had a serious problem with spitting up every since she was born. When I took my child in for her nine-month check up, my doctor agreed to run some tests. He sent her for a nuclear scintograph test and the results showed that she did not have reflux but did show that her stomach is not emptying out like it should. I am curious as to what it could be that would cause this and how is this treated? I would be interested in any information I can get about this. I've never heard of this problem before.

With my first child I had to change shirts several times a day, he spit up so often. For kids who spit up, the average time to outgrow messy episodes is 7 months. I’m glad your daughter was tested to find out what was going on.

The delay in moving material through the stomach can either be from slow or disordered waves of contraction (these normally propel contents through) or from something blocking the drain out of the stomach (called a gastric outlet obstruction).

There are medicines, such as Reglan, that can speed gastric emptying in many kids. And for some children, smaller, more frequent feedings are all that are necessary.

You’ll know much more about what is (or is not) causing this for your child after the next tests. Whatever turns up, it sounds like you are on the road toward identifying and addressing whatever has been stopping her food from traveling smoothly down and through.