The most common form of vaginal obstruction in little girls is fusion of the labia minora as a result of labial adhesions. It is also called a fused vagina. 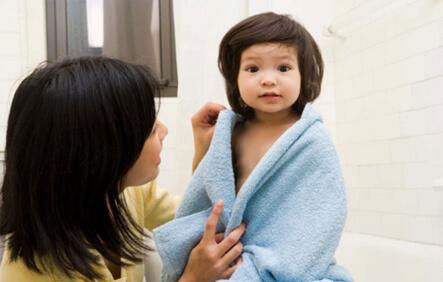 My daughter has had a fused vagina since she was born. The pediatrician prescribed a topical hormonal medication which opens it up, but every time we stop medication it closes again. We have never heard of this happening to any other girls. The doctor says that by the time she reaches puberty, her own hormones will fix the problem. Should we be concerned?

By far the most common form of vaginal obstruction in little girls is fusion of the labia minora as a result of labial adhesions. This can also be referred to as a fused vagina, though it is not actually the vagina that’s closed, but the labia. These are typically diagnosed in girls from 6 months to 6 years of age. In fact, it is thought that somewhere between 1 and 10 % of little girls develop this condition! (Williams Gynecology 2008)

Causes of a Fused Vagina

Diaper rash, infections, irritants, or mechanical trauma commonly cause chronic inflammation of the labia. Occasionally the inflammation is the result of chronic sexual abuse.

Whatever the cause, as the labia try to heal, fibrous tissue adheres the labia to each other. Some girls are prone to forming adhesions no matter how careful the parents are. The adhesions result in a smooth membrane over the vulvar opening with a thin, pale line at the center. This surface membrane usually starts forming at the rear of the opening, and ‘zippers’ closed toward the front. Usually, a sufficient opening at the front remains to permit urine and vaginal secretions to exit.

The adhesions will often resolve spontaneously when girls are out of diapers or pull-ups both day and night. Your doctor is right that when labial adhesions persist, the estrogen surge at puberty will correct the problem. If there are no complications, such as infections or obstruction, the adhesions do not need to be treated.

If treatment is needed, the natural process can be accelerated with the application of topical estrogen. If the problem is truly labial adhesions, this should readily open the labia.

As you have discovered, when the estrogen is stopped, the labia frequently re-fuse, since the tender labia can form new adhesions even more easily than before. To prevent this, apply a lubricant such as KY jelly, petroleum jelly, or A & D ointment to the labia every night for 2 -3 months. Most of the time this will be sufficient to break the cycle. Be sure to remove any irritants (such as bubble baths), treat any infections (such as yeast), heal any diaper rash, and teach good genital hygiene (wipe from front to back).

If you do use estrogen cream like Premarin, you should be aware that some girls will have other transient estrogen effects, including increased breast tissue and hyperpigmentation of the labia and/or nipples. These resolve when the estrogen applications stop. Stopping the estrogen also sometimes causes a brief ‘mini-period,’ or vaginal bleeding. The bleeding is self-limited, and not a cause for concern. Interestingly, most normal girl infants transiently have some degree of precisely these symptoms shortly after birth. Although it has never been studied, I suspect that those who later form labial adhesions don’t have these findings. Perhaps those prone to forming labial adhesions have mildly lower levels of estrogen than average.

Throughout their course, the adhesions should be followed by your pediatrician. If they do not respond to the therapy outlined above, or if they were truly present at birth, further evaluation is indicated to look for other, far less common, abnormalities of the genitourinary system.

What Not to Do

Never attempt to separate the labia forcefully. This is painful and traumatic. Moreover it usually results in even worse adhesions than before.

In the office, I often see girls with labial adhesions. Almost none of the parents has heard of this condition. It’s not frequently talked about in parenting circles. Rest assured though, that labial adhesions are common, rarely uncomfortable, easily treatable, and will usually resolve even without treatment. Even though the condition looks worrisome, it need not be a cause for concern.