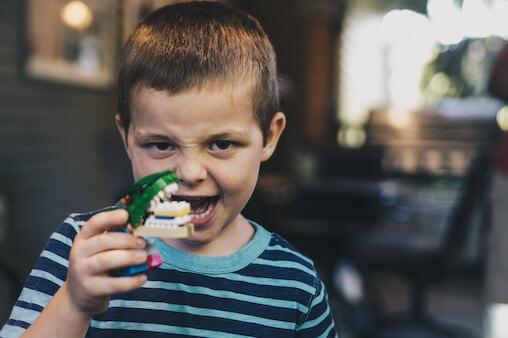 During a recent physical exam my son's pediatrician heard a heart murmur. My son is twelve years old and is very active. The pediatrician said it should be watched, but no further action was needed at this time. He also said there was no need to restrict activities. Please explain what is meant by a functional heart murmur and what follow-up care or precautions are needed.
Allentown, Pennsylvania

The community of San Mateo, California, where I sent the early years of my practice, enjoyed the privilege of having a crusty, lovable, brilliant pediatric cardiologist who taught physicians and parents alike about children’s hearts and the sounds they make. We have been fortunate, since the very words “heart murmur” conjure up in parents’ minds elusive fears and concerns.

When bringing an otherwise healthy son in for a routine physical exam, we expect to learn his height and weight. We anticipate that his vision and hearing and blood pressure will be checked. We assume that the doctor will confirm our observations that our son is healthy. We do not expect, however, to learn something totally new about his health. Learning about a new heart murmur at the 12-year physical can be quite disconcerting. What is a murmur?

When people hear the “lub-dub” that they think is the heart beating, they are really listening to the sounds of the valves in the heart closing. The heartbeat itself — the contraction of the heart muscle to pump out the blood — is silent. Most of the time, blood flowing through the heart is also silent.

When the turbulence of blood flowing through the heart can be heard, the person is said to have a murmur (like the murmuring of a babbling brook). Some murmurs indicate an abnormality in the structure of the valves or walls of the heart, or of the major blood vessels. These problems can be insignificant or can be quite severe. Other murmurs can arise from normal hearts, and represent no problem whatsoever.

Skilled physicians can reliably distinguish between the different types of murmurs using a very low-tech instrument — the stethoscope. By simply listening, one can learn to recognize the different classes of murmurs by their intensities, their timing, their locations, and the character of the sounds.

The pulmonary ejection murmur, or pulmonary flow murmur of children, is the most common innocent murmur found in children 8 to 14 years of age. This quiet murmur is heard best over the upper left edge of the breastbone, and not heard well elsewhere. The noise arises from the turbulence of the blood flowing through the pulmonary artery, and peaks midway between the first and second heart sounds. The murmur is louder when the heart is pumping fast — during exercise or a fever. It is a blowing rather than vibrating noise, with a slightly grating quality. There are no clicks or extra noises. If there is any doubt as to the diagnosis, an EKG, a chest X-ray, and/or an ultrasound can distinguish it from other murmurs. Since a functional murmur is a normal noise made by normal structures, no restrictions or precautions of any kind are necessary.

What’s a Parent to Do?

Unfortunately, lingering fears have prompted many parents to become overprotective. Sometimes, the diagnosis of an innocent murmur noticeably alters personality development — unnecessarily. Parents’ anxiety can undermine a child’s self-image and self-confidence. If your son has a functional murmur, he can enter adolescence full of energy, activity, and enthusiasm. There is no reason to hold back at all!

Parents often ask me if a functional murmur will go away. I usually reply that since it is a normal noise, arising from a normal heart, it doesn’t really matter if it disappears or not. In point of fact, though, functional murmurs often do go away. This too shall pass.

The great man I began to describe in the first paragraph, Marvin Auerbach, M.D., was the quintessential pediatric cardiologist and pediatrician. His generosity and courage were an inspiration to many — so many that a standing-room-only crowd came to honor him. His confident assertions banished the fears of many parents whose children had functional murmurs. His expertise guided many parents whose children had something more serious.

When I first came to this community, Marv pulled me aside. “Alan,” he said, “you need to write.” He encouraged and inspired me. If it weren’t for him, I probably wouldn’t be writing to you today.

Good-bye, Marv.
Thanks.
I will always miss you.