Can Febrile Seizures be Prevented? 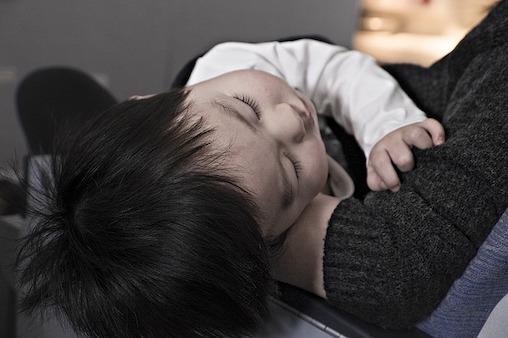 My 18-month-old son recently had a simple febrile seizure. I had no idea what was happening. It was terrifying! His doctor says that he's all right now, but I'm still worried about lasting brain damage. I also feel guilty for not noticing his fever. How can I prevent this terror from happening again?

Some children have seizures or convulsions when they have fevers. Although febrile seizures are fairly common, many parents have never seen one until it happens to their child. Febrile seizures occur in 3% to 5% of otherwise healthy children between the ages of 6 months and 5 years. Toddlers are the most commonly affected.

The seizure begins with the sudden sustained contraction of muscles on both sides of a child’s body — usually the muscles of the face, the trunk, the arms and the legs. Often a haunting, involuntary cry or moan emerges from the child, from the force of the muscle contraction. The contraction continues for seemingly endless seconds, or tens of seconds. The child will fall, if standing, and may pass urine. He may vomit. He may bite his tongue. The child will not be breathing, and may begin to turn blue. Finally, the sustained contraction is broken by repeated brief moments of relaxation — the child’s body begins to jerk rhythmically. The child is unresponsive to the parent’s screams.

This is usually one of lifetime’s most frightening moments for the parents. Most parents are afraid that their child will die or will have brain damage. Thankfully, simple febrile seizures are harmless.

A simple febrile seizure stops by itself within a few seconds to 10 minutes, sometimes followed by a brief period of drowsiness or confusion. Anticonvulsant medicines are generally not needed.

A complex febrile seizure is one that lasts longer than 15 minutes, occurs in an isolated part of the body, or recurs during the same illness.

During the seizure leave your child on the floor, although you may want to slide a blanket under him if the floor is hard. Move him only if he is in a dangerous location. Loosen any tight clothing, especially around the neck. If possible, open or remove clothes from the waist up. If he vomits, or if saliva and mucus build up in the mouth, turn him on his side or stomach. Don’t try to restrain your son, or stop the seizure movements. Don’t try to force anything into his mouth to prevent him from biting his tongue, as this increases the risk of injury and choking. Be sure that your child is breathing during the seizure. If he appears blue around his lips, you should call 911 immediately.

Focus your attention on bringing the fever down. Inserting rectal acetaminophen (Tylenol) is a great first step — if you happen to have some. Don’t try to give him anything by mouth.

Apply cool washcloths to the forehead and neck. Sponge the rest of his body with lukewarm (not cold) water. (Cold water or alcohol may make him shiver and make the fever worse). After the seizure is over and your son is awake, give him the normal dose of ibuprofen (Motrin or Advil) or acetaminophen (Tylenol). Children should see a doctor as soon as possible after their first febrile seizure. If the seizure ends quickly, drive him to an emergency room when it is over. If the seizure is lasting several minutes, call 911 to have an ambulance bring him to the hospital.

After the seizure, the most important step is to identify the cause of the fever. Most febrile seizures are brought on by fevers arising from viral upper respiratory infections, ear infections, or roseola. Meningitis causes less than 0.1% of febrile seizures but should always be considered, especially in children less than one year old or who still look ill when the fever drops.

Other things to try include sponging your child with lukewarm water. Also give him cool liquids to drink — both to lower the temperature and to keep him well hydrated. Since febrile seizures can occur as the first sign of illness, prevention is often not possible. Neither an initial nor a recurrent febrile seizure suggests second-rate care of your child.

Sometimes children who have had a febrile seizure are subsequently treated by their parents as weak or vulnerable children. This does not help anyone. Simple febrile seizures should not hold a child back from his normal activities.

There is no evidence that febrile seizures cause death, brain damage, epilepsy, mental retardation, a decrease in IQ, or learning difficulties.

I have no doubt that your son’s febrile seizure was a moment of terror for you. For many families, these seizures shake more than the children’s bodies. The seizure can shake up the routine of being a parent. For parents of toddlers, the battles of the wills can get exasperating. The work can be exhausting. The seizure can shake off the layers of weariness and frustration to reveal the intense love you have for each other.