No Excuse For Circumcision Pain!

In the past we didn't know. Now we do. There is no longer any excuse for circumcision pain. 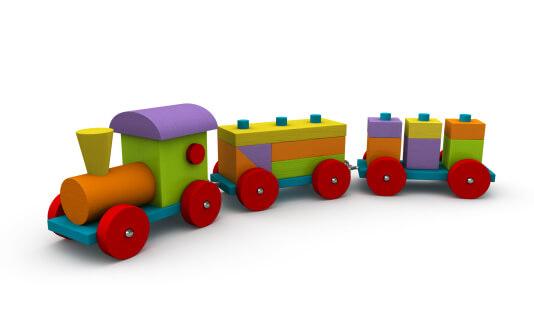 Dr. Greene, I'm having a baby boy, and we have decided to have him circumcised. I've read in magazines that a local anesthetic is a good idea. My OB says it doesn't hurt much, in fact babies cry as much from being strapped down as they do from the actual circumcision. She also says that sticking a needle into the penis is painful and not without complications, so it is better to do it quick and easy, like it has always been done. What do you think?
Julie - Redwood City, California

What a preposterous idea that little boys don’t feel pain when part of the penis is first ripped from the underlying tissue, crushed with a clamp, and then amputated! This procedure is performed on more than 1 million babies each year in the United States alone, and many of them receive nothing to prevent or treat the pain.

We have a long history of underestimating the abilities of babies. Not long ago, we doctors were taught that babies couldn’t see. Doctors waved brightly colored toys in front of babies, and the infants did not respond. Doctors flicked their fingers in front of babies’ eyes, and the infants did not blink. Mothers, of course, reported that their babies gazed into their eyes, but this was attributed to wishful thinking.

It was not babies’ eyes that were the problem, but doctors’ tests! When faces or targets (nipple shapes) were held in front of babies, they were fascinated. We now know that newborns see quite well — albeit primarily in black and white. Their interests, though, in that precious newborn stage are highly focused on connecting with their parents and on feeding. We also know that their excellent senses of smell, taste, and hearing are even more sensitive than ours are. They can distinguish their mother’s nursing pads from those of other nursing women by smell alone!

We would like to believe that babies don’t feel pain and that their genitals are not sensitive to pain or pleasure. But this is simply not true. Both baby boys and girls have sensitive genitals. A mountain of evidence forces us to conclude that newborns who are circumcised without an anesthetic experience true pain accompanied by increased blood pressure, increased heart rate, decreased oxygen in the blood, and a surge of stress hormones (Pediatrics, 1983; 71:36-40). Their screams are cries of surgical pain without anesthesia.

Thankfully, babies recover from this pain fairly quickly. Following the circumcision, most boys have a prolonged period of sleep and then are largely unavailable for bonding or social interaction for up to 24 hours afterward. But after 24 hours, their behavior is indistinguishable from their uncircumcised counterparts (Developmental and Behavioral Pediatrics, 1984; 5:246).

Recent evidence suggests that boys who were circumcised without any anesthetic experience more trauma (pain and fear) with each of their numerous routine childhood immunizations Lancet, 1997; 349:599-603). As if shots weren’t intrusive enough! Most kids with cancer dislike the pokes more than the disease.

Circumcision is quite controversial. Well-meaning people feel strongly about it on both sides. Whatever other arguments people make, there is insufficient evidence to support the medical benefit of routine circumcision for healthy boys born in the US. Whether or not people agree about the damage or benefit of circumcision — in general or in specific circumstances –I hope we can all agree that if the choice is made to circumcise, children deserve truly effective pain relief.

EMLA cream may seem attractive because it is so easy to use and doesn’t involve needles. When spread onto half the length of the penis 60 to 90 minutes prior to the procedure, this topical anesthetic does provide pain relief, but moderate relief at best (New England Journal of Medicine, 1997; 336:1197-1201).

Dorsal penile nerve block (DNPB) involves two deep injections of lidocaine at the base of the penis. Despite the shots, this technique greatly reduces overall pain (Journal of Pediatrics, 1978; 92:998-1000). Bruising is the most common complication (Pediatrics, 1995; 95:705-708). Lasting problems almost never occur. The one truly unfortunate case in the medical literature, in which the flesh of the penis died, may have been from the circumcision technique rather than the nerve block (Anaesthesia and Intensive Care, 1984; 13:79-82).

Sugar water (or brandy) on a fingertip or pacifier may decrease crying. Acetaminophen may blunt the pain (Pediatrics, 1994; 93:641-646); however, these and other “home remedies” are insufficient for surgical pain, as anyone who has had an operation knows well.

Better is the subcutaneous ring block. Here, lidocaine is injected just under the skin in a ring around the shaft of the penis, about halfway back from the tip. Recent evidence suggests that it is more consistently powerful in preventing pain through all phases of the circumcision than either EMLA or DPNB (JAMA, 1997; 278:2157-2162). This technique is easy for doctors to learn–even those who have previously been nervous about anesthesia for circumcision. There are no reports in the medical literature of any complications.

More recently, topical anesthetics have become available in a variety of forms, such as creams, gels, and heat-activated patches.

I vigorously applaud the 1999 policy statement of the American Academy of Pediatrics, which states, “Analgesia is safe and effective in reducing the procedural pain associated with circumcision and, therefore, adequate analgesia should be provided if neonatal circumcision is performed.” Circumcision Policy Statement (RE9850)

Julie, I too have heard the oft-repeated excuse that babies cry just as much when being strapped down as they do for the procedure. This may sometimes be true, but the restraint does not have as profound an effect on heart rate, blood pressure, oxygen saturation, and stress hormones. Nor does it continue to last for many hours (and in some ways, months) afterward.

That babies cry when they are undressed and forcibly restrained in an awkward, unnatural position on a hard, cold, plastic device is not a good argument against relieving their pain when having surgery. It is a good argument, though, for warm, soft, padded, cloth-covered holders to cradle them in a comfortable position while being circumcised. Such devices do make this a more humane experience (Pediatrics, 1997; 100(2):e3).

The foundation of being an excellent parent is learning to see life both from your own perspective and from your child’s. You can begin now, even before your son is born, imagining the tranquil, muted sights and sounds inside your womb.

At each milestone, take a moment to experience it from both sides–the delight the first time your son smiles at you and gets you to smile back, the proud achievement of taking those first steps, the wonder and uncertainty of the first day of school. (Last night was my son’s first junior high dance, complete with slow dancing!)

As you practice “biempathy” (my word for this creative double-vision), you will agree — no boy should be subjected to the trauma of circumcision without adequate measures to prevent and treat pain.

But at this very moment, newborn boys are scattered around the globe, screaming with a bewildered pain they need never have experienced. In the past we didn’t know. Now we do.

There is no longer any excuse.