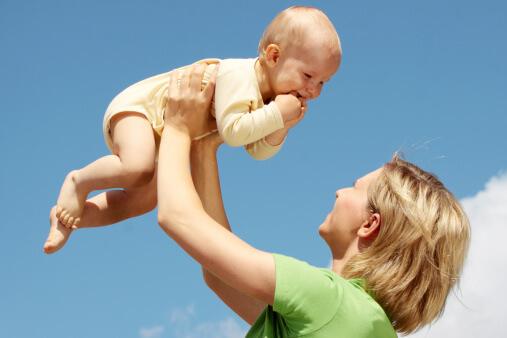 Dr. Greene, my 9-month-old gets ear infections all the time. The problem is he won't take antibiotics. He can recognize medicine a mile off. Right now we are trying to give him Septra, but he completely refuses. What do you think of the new shot for ear infections? Does it really work? What are the side effects?
Beth - North Carolina

The promotion of the “new” ear infection shot reminds me of an early sunny scene in a horror film: a happy, unsuspecting family is enjoying a beautiful afternoon together in the backyard. Everything looks wonderful, but you know something bad is just around the corner.

In January 1998, the United States Food and Drug Administration (FDA) approved Rocephin (ceftriaxone) as the first single-dose injection for the treatment of ear infections. News stories heralded the safety, effectiveness, and especially the ease of this new treatment. I have spoken with many parents (and doctors) who were very excited about the development.

Even though shots are no fun, neither is battling with children over taking medicine two, or even three, times a day for 10 days. The manufacturers of Rocephin conducted a survey of parents and found that more than 67 percent of them preferred giving their children a single-dose shot compared with any multi-dose, multi-day course of oral antibiotics. They also found that 90 percent of parents who had actually used Rocephin for their children would choose it again over oral antibiotics in the future. It makes sense that parents like it.

A physician whom I respect as one of the top ear infection experts hails the single shot of Rocephin as offering “a new alternative when standard multi-day, multi-dose oral therapy is problematic == for example, for children in daycare, or when the family is traveling.”

Even though Rocephin is only recently in the news, it is not a new antibiotic. For 13 years it has been the most common injectable antibiotic used in doctors’ offices. It has been a real lifesaver! This very effective, very broad-spectrum antibiotic is the one we often turn to for seriously ill children (e.g. with sepsis or meningitis, which can be life-threatening), or when the bacteria are resistant to oral antibiotics.

Most doctors I know are pretty objective about the treatments they recommend, but I should mention that there is a potential conflict of interest regarding Rocephin. Doctors are not paid for the oral antibiotics they prescribe, but in many instances do receive a small direct payment for injections. These payments could add up if this seldom-used, safety-net injection is used for everyday ear infections. The pharmaceutical giant, of course, stands to make huge sums of money by now positioning their product in this way. (Note: most drug patents expire after 17 years).

Is one shot enough to get rid of an ear infection?

Although one early study found a single dose of Rocephin to be less effective than oral antibiotics, later studies have found it to be equally effective. Researchers in the Emergency Room at Riverside General Hospital in southern California found one shot of Rocephin to be equally effective to 10 days of amoxicillin given 3 times a day (Pediatrics, Jan 1993). Yes, it works. One dose of Rocephin is equivalent to 30 doses of amoxicillin — although as any parent with much experience with ear infections will tell you, “as effective as amoxicillin” is no longer a resounding endorsement.

The common short term side effects of Rocephin are relatively minor. Diarrhea, diaper rash, and allergic reactions could happen with any antibiotic. Worse side effects are uncommon.

If it is easy to use, works pretty well, and has minimal side effects, what is the problem?

My grave misgivings about the overuse of this powerful drug concern the hidden, long-term effects — specifically the development of antibiotic resistance.

This is even more likely with Rocephin. A single dose of this powerful drug is enough to kill most of the weaker bacteria in your child’s body, yet still allow the stronger ones to survive. The likelihood of your child’s getting a subsequent, worse ear infection only increases after this treatment.

The indiscriminate use of Rocephin will also increase the prevalence of resistant bacteria in your community. Soon, it will rob us of one of the most effective tools we have against serious infections. Already, resistance to this last line of defense is being reported.

Rocephin may be a good choice for a child who needs an antibiotic and is unable to take one orally. Still, I would only use it reluctantly. Rocephin is one of my favorite medicines, but I recommend it only when other alternatives don’t make more sense. Its primary use should be for serious, systemic infections.

If Rocephin is to be used for an ear infection, I believe the best course of action is to follow it with an oral antibiotic or to give the injection daily for 3 days, so that the entire infection is reliably wiped out — not just the weaker bacteria.

Before allowing your child to receive Rocephin for an ear infection, first be sure that the ear infection really needs an antibiotic — many don’t.

Then I would recommend, if possible, choosing an oral antibiotic that is palatable (Augmentin and Cefzil, for instance, taste much better than Septra and are much more effective) or is given less often (once a day for Suprax or Cedax) or for a shorter duration (five days, once a day for Zithromax). Try mixing the medicine with pleasant, strong-tasting foods or liquids. You might also try squirting the medicine just inside the cheek — outside the gums — to avoid the taste buds on the tongue. ( Note: For a complete discussion of antibiotic pros and cons, see The Parent’s Complete Guide to Ear Infections.)

A single-dose of Rocephin appears to be a wonderful, modern convenience — but used incorrectly it could create a health nightmare — problems far worse than those it solves.

Last medical review on: November 01, 2008
About the Author