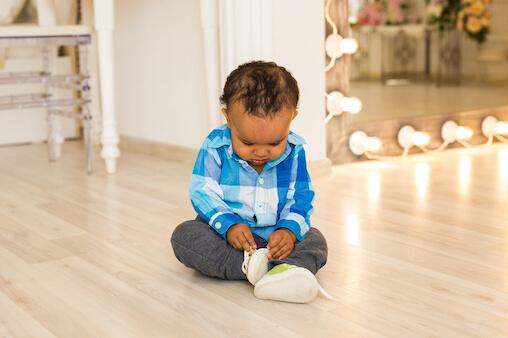 Dr. Greene, my 14-year-old daughter Jaymie has been diagnosed with a connective tissue disorder. The disease has two names -- Dupuytren's contracture in the hands, and Plantar fibromatosis in her feet. We have been told that before she graduates from high school she will be in a wheelchair for the rest of her life. The disease is a genetic type of disease and it comes from my side of the family. They have told us that there is nothing they can or will do for her because she is so young. She has, however, been accepted to a wonderful hospital in Portland, Oregon (Shriner's Hospital for Crippled Children). What do you know about this disorder, and is there a cure for it? What is the prognosis for her life? Is there any good news that you can give me about a possible future? If not, what can we expect for her? The progress of the symptoms are getting worse fast and she has had some major difficulties lately.
Robi Nelson - Concerned Mom - Portland, Oregon

Robi, most parents hold the deep, unquestioned belief that over the next several years we will watch our children grow ever more independent and more mobile as they walk out of our homes into the world beyond. This poignant, long departure that begins at the moment of birth provides a bittersweet backdrop to the many wonderful moments when our children are young.

How jarring, how deeply wrong, it must feel for you to be told that your teenage daughter is going to become progressively less mobile, will soon be wheelchair bound for life, and — at the time she is becoming an adult woman — needs to be cared for at a hospital for crippled children! You are in a discouraging and bewildering situation. Let me tell you what I know of her condition. I’m sorry that you both have to face this, but there is hope with the treatment options now available.

The Role of Palmar Dascia and Plantar Fascia

In the palms of our hands and the soles of our feet, we each have a tough fibrous layer called fascia (the palmar fascia and plantar fascia, respectively). In Dupuytren’s contracture (pronounced du-pwe-trahns), one or both of these fibrous layers begins to grow awry. In palmar fibromatosis (“classic” Dupuytren’s contracture) the palmar fascia slowly begins to thicken, and then shorten. The fingers are relentlessly drawn inward into a rigid, misbegotten fist. As flexibility slips away, so does the useful functioning of the hand. In plantar fibromatosis, this same relentless shortening happens in the soles of the feet, drawing the toes downward, folding the feet into a frozen fist, and making it impossible to walk. The foot version is much less common. Either way, untreated Dupuytren’s contracture can be a crippling disease.

Dupuytren’s contracture was first described by Baron Guillaume Dupuytren, a celebrated French surgeon of the early 1800’s who was apparently successful with the surgical treatment of this condition. By carefully cutting the involved fascia he was able to achieve good results — for a while. Whatever had caused the fascia to grow incorrectly before, caused the regrowing fascia to eventually shorten and thicken as well. Thus, for over 100 years the condition was thought to be relentlessly progressive. We now know that it can follow many courses, from quite mild to very severe. There are also more effective treatment options than ever before, and there is real reason to have hope for Jaymie.

Dupuytren’s contracture is a genetic condition that is passed as a dominant trait with “variable penetrance.” This means that, if it runs on your side of the family, it is present in someone in every generation, although it may be so mild as to go unnoticed. Either you or her father must have it, Robi, and one of your parents must have it as well — although neither of you may ever have any symptoms from it at all. Whoever carries this gene will pass it along to about half of his or her offspring.

The real problem in Dupuytren’s contracture is with the DNA in the cells of the fascia. DNA provides the blueprint that instructs the fascia how to grow. Fascial cells with abnormal DNA will eventually produce abnormal fibrous tissue time and time again. Really, then, Dupuytren’s contracture may be classified as a benign tumor of the fascia. I expect that gene therapy will be developed during Jaymie’s lifetime that will correct the root problem and make treatment effective and permanent.

Already, today’s surgical techniques provide better treatment than ever before. By means of electron microscopy and DNA analysis, physicians can differentiate between normal fascia and normal-appearing fascia that will one day cause trouble. By carefully removing all of the involved plantar fascia with a wide margin of normal fascia, surgeons at Brown University have had excellent results in treating plantar fibromatosis (Plastic and Reconstructive Surgery, Feb 1989). Since 1989, other surgical techniques have been developed with positive results. If and when Jaymie undergoes surgery, I would insist on a team with experience treating her condition.

The continuous elongation technique, pioneered by Doctors Messina and Messina of Turin, Italy, is a more recent development in the treatment of Dupuytren’s contracture that appears to further enhance both short- and long-term results (Plastic and Reconstructive Surgery, Jul 1993). Here, a device is affixed to a bone in the hand or foot to provide a steady, painless stretching of the contracting fascia. This preparatory step is used in severe Dupuytren’s contracture before excision of the affected fascia (Journal of Hand Surgery, Jun 1996).

A fortuitous observation gave rise to another line of therapy for Dupuytren’s contracture: the contracture tends not to recur beneath a skin graft! (This suggests to me that the DNA of the overlying skin may be involved somehow in the condition). In those patients with a strong inherited tendency to the production of Dupuytren’s contracture, recurrence may occur or even be anticipated, and the placement of a skin graft strategically at a flexion crease is shown to act as a ‘firebreak’ between areas of potential flare-up of recurrent Dupuytren’s disease. These skin grafts (also called ‘Firebreak’ grafts) are now in use as a means of controlling recurrent Dupuytren’s disease (Australia and New Zealand Journal of Surgery, Jun 1984).

The nonsurgical treatments, radiotherapy and injections of superoxide dismutase, have now been shown not to work. But high potency topical steroid ointments may be of some benefit (Lancet, Aug 1993). On the theory that the DNA damage may be the result of an auto-immune problem (i.e. her body’s immune system is attacking her own fascia), clobetasol ointment has been massaged into the skin above contractures, apparently halting, or at least stalling, the progression of the disease. Recent studies using collagenase injections have been promising (Journal of Hand Surgery, July-Aug 2007).

Dupuytren’s contracture is usually thought of as a disease of the elderly. The condition is very rare in children. In fact, the report on largest grouping of these children that I am familiar with appeared in the Journal of Hand Surgery (February 1996). It described only 9 children (all of whom, by the way, were treated with surgery by age 14).

With most of the questions I receive, I have at least some firsthand knowledge of the condition, either from medical school, residency, or pediatric practice. I have never met a child with Dupuytren’s contracture, and my knowledge is limited to what I have read and learned in lectures.

I was able to find in the National Library of Medicine database 199 articles on Dupuytren’s contractures. I reviewed all of these for which abstracts (in English) were available, and have passed along the highlights to you. You can find citations for all of the articles at: http://www.nlm.nih.gov/databases/index.html

It is my hope that physicians with direct knowledge of this condition will share their experience with us, and I will be sure to pass along to you anything I receive.

I also hope that this information at least gets you started on the path out of your bewildering situation. The future is not at all clear. The images of your child, wheelchair bound for life, may well not be real. This will likely be a long battle, but a combination of contracture release surgery, continuous stretching, firebreak grafts, and perhaps some topical medicines, holds some real promise. And over the next decade, genetic treatment of the underlying problem may powerfully and effectively correct Jaymie’s underlying condition.

Note: We received a helpful letter from a reader here at drgreene.com who wished to pass on some information about a new minimally invasive surgery for Dupuytren’s Contracture called “needle aponevrotomy” or “needle fasciotomy”. This is not a pediatric surgery, however if you are interested you can learn more about the surgery at www.dupuytrenscenter.com.