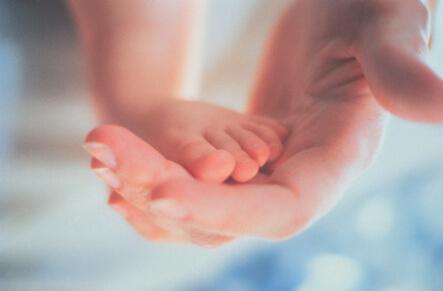 My five-year-old daughter has DiGeorge syndrome. Her T and B lymphocyte counts are normal, but she gets infections all the time -- ear infections, sinus infections, pneumonia. It seems like she is always on antibiotics -- sometimes the strong stuff with shots and IVs. What can I do to strengthen her immune system and avoid so many antibiotics?
Chat Mom

It boggles my mind. The development of a single fertilized egg into the trillion-fold complexities of a crying newborn baby with absolutely unique fingerprints and toeprints amazes me. In a building project of this magnitude, accomplished in only 9 months, it’s a wonder that major things don’t go wrong every time.

The DiGeorge anomaly (formerly DiGeorge syndrome or sequence) is the name given when a particular set of things goes wrong during fetal development. Because this condition usually does not run in families, and because some symptoms look like those of fetal alcohol syndrome, alcohol exposure or other environmental insults during pregnancy used to be blamed for some cases. As you can imagine, this mistake made a tough situation even tougher for parents. Today, more than 95 percent of cases can be traced, not to an exposure, but to a specific genetic problem – a microdeletion of a tiny part of chromosome 22q11.2. Other cases have been traced to deletions on chromosome 10p13. Today, when in vitro fertilization is used, the DiGeorge anomaly can usually be diagnosed even before the embryo is implanted!

Congenital heart problems (including interrupted aorta, right aortic arch, truncus arteriosus, and others) can be of immediate, even life-threatening, concern for newborns. Surgical correction or stabilization of these is the first priority. Disasters have occurred, though, when only the cardiac problem was diagnosed and the possibility of the DiGeorge anomaly was not considered. A normal blood transfusion can kill a child with the DiGeorge anomaly– only irradiated, cytomegalovirus (CMV)-negative blood products should be given because of their weakened immune systems.

Seizures are the next concern. The parathyroid glands regulate the amount of calcium in the bloodstream. When they are absent or deficient, calcium can fall to dangerously low levels. This can cause severe seizures or even death, typically in the first or second month of life. If diagnosed, this problem can be prevented with appropriate calcium supplementation and/or the addition of a vitamin D substitute.

If babies survive the heart problems and seizures of the first several months, they begin to display an increased susceptibility to infections such as pneumonia, infectious diarrhea, and severe thrush. This immunodeficiency is the long and difficult battle of the DiGeorge anomaly. It stems from a missing or defective gland that most people haven’t even heard of — the thymus.

Named for its resemblance in shape to a thyme leaf, the thymus is located immediately beneath the breastbone. This organ is relatively huge during the first few years of life (even before the baby is even born). By puberty, it starts to shrink and disappear. If the thymus is found and removed from an adult, there is little or no consequence; however, if the thymus is removed from a newborn, severe immunodeficiency results.

In the meantime, they are susceptible to fatal infections.

Children with poor T and B lymphocyte functioning should be protected by receiving IVIG (intravenous antibodies) every 3 or 4 weeks. Trimethoprim-sulfamethoxazole (Septra, Bactrim, or Sulfatrim) can be used to prevent severe pneumonias. Avoid all live-virus vaccines in these children and their close contacts. When infections are detected, they should be treated promptly.

Basic issues, such as adequate sleep, good nutrition, and frequent hand washing, are of heightened importance to children with the DiGeorge anomaly to give their immune systems the best footing possible. Multivitamins are a good idea, and you may want to consider acidophilus and lactobacillus. I recommend live, active-culture yogurt. By keeping healthy, beneficial bacteria in the gut (especially after all the antibiotics so often required), these children are better able to ward off infection. Herbal supplements, such as echinacea and goldenseal, may be of some benefit, although this remains unproven.

Like most conditions, the DiGeorge anomaly comes in varying degrees of severity. Children who respond well to a test called the phytohemagglutinin stimulation test or who have adequate numbers of CD4+ T lymphocytes are almost certain to develop normal or near-normal immunity in the long run. This includes about 75% of children with the DiGeorge anomaly (Seminars in Hematology 1998; 35(4):282-290).

If the immunodeficiency is severe or not expected to improve, both bone marrow transplant and thymus transplant have shown great success in some children (Immunodeficiency Review 1991; 3(1):1-14). More recently, lymphocyte transplantation has been successful (Lancet 1998; 352(9145):1983-1984). Interestingly, the very defect that renders these children’s lymphocytes ineffective also makes these children less likely to reject a transplant. At the same time, though, it makes them susceptible to something called graft-versus-host disease (GVHD), in which the foreign tissue attacks the child (this is also the earlier-mentioned problem with normal blood transfusions in children with DiGeorge anomaly).

Children with DiGeorge, also have an increased chance of developmental delay, special school needs, and mental health needs (Current opinion in allergy & clinical immunology, 4(6), Dec 2004, 505-512). Parents and doctors should monitor for any signs of developmental or emotional difficulties so that early intervention can be pursued if needed.

Living with the DiGeorge anomaly means facing one ordeal after another. The difficulties of the first few years seem to be never ending. Before the advent of modern medical and surgical techniques, these children had no chance for survival. Today, once children make it through the first 6 years or so, the emerging strength of their immune systems begins to win the day, and the long night watches of early childhood recede into the past as battles well fought and well worth it.