What does it mean when a child has abnormal thirst? Is it a sign of diabetes? Find out all the signs, so you'll know the answer. 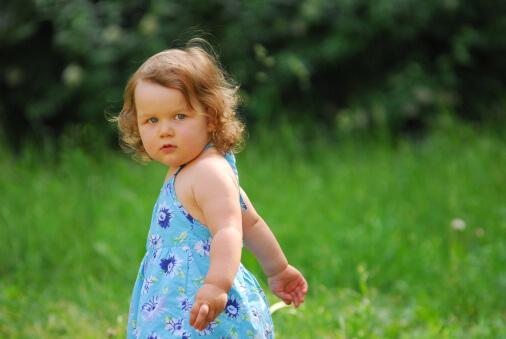 Dr. Greene, my 2-year-old daughter drinks a lot during the day. It could be water, juice, milk, or whatever. I am concerned. Is this normal for kids to drink 5-8 bottles of liquid during the day? Or this is a sign of diabetes? Should I bring her in for a test? Are there any other signs I should be looking for?
I am really concerned.
Thank you.
Irina Eilen - The Gap

Irina, just last week on Monday morning, I picked up the top chart from my inbox and began walking to Exam Room 1 (the Safari Room). Before opening the door, I paused to open the chart and glance at the nurse’s notes. I was about to meet a 7-year-old boy whose mother had brought him in because he had been drinking much more than usual for about 2 weeks — especially over the preceding weekend. Could it be diabetes?

I stepped in the room and greeted the mother and son. They confirmed what had been written in the chart, adding that he had also been urinating much more than usual, and perhaps had lost some weight. As they spoke I could tell that the mom felt a little guilty about bringing him in unnecessarily, but at the same time she was worried that something might be seriously wrong. Parents often experience this dilemma. Whenever you are battling inside about whether to contact your doctor, do it.

The boy’s clothes were indeed loose fitting, but he otherwise appeared healthy. We did a simple urine test in the office, and two minutes later found that he had a huge amount of sugar and ketones in his urine. He had diabetes.

Even though the mom suspected the diagnosis, she was totally stunned. She couldn’t believe it was true. I sent them across the parking lot to the hospital lab for some bloodwork. His blood sugar level was 645 mg/dL! A fasting blood sugar over 126 mg/dL or a random blood sugar over 200 mg/dL is diagnostic of diabetes.

I admitted the surprised boy to the Packard Children’s Hospital at Stanford for the whole family to learn a new way of life with type 1 diabetes mellitus.

Now, Irina, I must reassure you that the first part of the above scenario is played out in my office about every two weeks. A child is brought in for nothing more than drinking or urinating more than usual. The weight and physical exam are normal, and I run a urine test. Thankfully, the test is almost always normal, and everyone can take a deep breath and relax.

About once a year, though, I diagnose someone with diabetes mellitus. The name comes from the Greek words for “to flow through” and “sweet.” The Greek physicians used to diagnose the condition by actually tasting the urine. (That’s dedication!).

Normally, a hormone called insulin pushes sugar from the blood into the body’s cells where it can be used for fuel. The concentration of sugar in the blood remains within a fairly narrow range. If the body stops making insulin (type 1 diabetes), then adequate sugar doesn’t get into the cells. Until June 23, 1997, type 1 diabetes was also called insulin-dependent diabetes mellitus (IDDM).

Actually, all of us are insulin dependent; it’s just that some of us stop producing our own. Without insulin, muscle and fat begin to be burned for fuel (evidence of this — ketones — shows up in the urine). The person feels hungry all the time, but loses weight in spite of increased eating. Without replacement insulin, the person would eventually starve to death. Meanwhile, the concentration of sugar in the blood begins to increase. When the level reaches 180 mg/dL, the sugar begins to spill over into the urine. This causes the person to make more urine and then to get thirstier, creating an accelerating cycle.

What are the Symptoms of Type 1 Diabetes?

The classic symptoms of type 1diabetes are:

If the disease remains undiagnosed, symptoms progress to include:

Anyone with the classic symptoms should have a blood sugar test as well as a urine test.

Why Do Individuals Get Type 1 Diabetes?

People who get type 1 diabetes were born with a genetic predisposition to it. Not everyone born with this predisposition gets diabetes, however. In fact, if an identical twin has diabetes, the other twin gets it only about half the time. Along the way, some of the predisposed individuals are exposed to something in the environment that triggers the diabetes. This is usually a viral infection. The virus misleads the body’s immune system into making antibodies against its own pancreas cells that make insulin. (This is why type 1 diabetes is now also called immune-mediated diabetes).

The insulin-producing cells of the pancreas are gradually destroyed over time. When 90% of them have been destroyed, the person suddenly begins to develop symptoms. Thus, insulin-dependent diabetes generally brews for years, but appears abruptly. It rarely goes undiagnosed for more than a few weeks.

Immune-mediated or type 1 diabetes most often strikes young people, especially between the ages of 5 and 7 (when viruses run through the schools), or at the time of puberty (when so many hormones change). For this reason, it used to be called juvenile-onset diabetes. This term has now been eliminated, since we now know that it can appear at any age. About 0.1-0.2% of the general public (or 1-2 out of 1000) has type 1 diabetes. About 500,000 people in the United States now have type 1 diabetes. About 30,000 people develop it each year, and their lives will never be the same.

Type 2 diabetes is caused, not by the absence of insulin, but by insulin’s not working properly. It is much more frequent in overweight individuals. There are often no symptoms. Thus, it is often picked up on routine screening tests.

So, Irina, given your concern about your daughter, I would recommend bringing her in. Since her hefty thirst appears to be her normal pattern rather than a recent increase, I expect you will be happy with the results.

Support for Families with Type 1 Diabetes

Last medical review on: January 13, 2015
About the Author