I can imagine how worrisome it would be to have concerns about your son's physical development and then to be told he should be evaluated by a neurologist. I have a few thoughts on this matter. 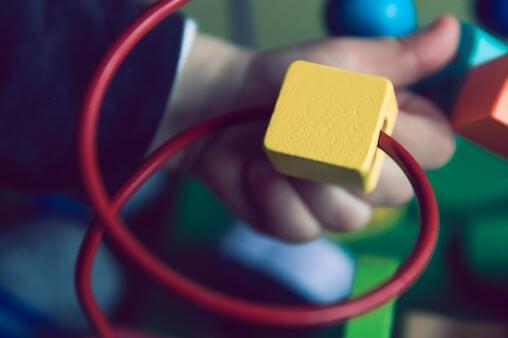 My 11-month-old weighs 27 pounds and can sit upright, but he cannot crawl and he isn't trying to stand yet. He moves across the floor using only his arms, not his legs. The pediatrician has suggested a neurologist and I am very concerned. What could be the problem?

I can imagine how worrisome it would be to have concerns about your son’s physical development and then to be told he should be evaluated by a neurologist. I have a few thoughts on this matter.

First, crawling is not a major developmental milestone. The timing on crawling is so variable and many kids skip crawling altogether.

However, we do want to see kids begin to move across the floor, by rolling, commando-crawling, scooting, or inch-worming–however they want to do it–by around 9 months. When kids are not developing at the typical rate, it is wise to have them evaluated to see what is going on. It might be their unique style of development, or it might be something else that needs to be addressed.

The fact that he uses his arms but not his legs while scooting would make one want to look into whether the muscles in the legs are healthy, whether the nerves that control those nerves are functioning properly, and whether the parts of the brain that control those nerves are developing on schedule, as well as some other general developmental tests. This could be normal, but there could also be a problem anywhere along that path. Rather than focusing in on any one of the many possibilities, it’s wise to see the neurologist, who should be able to at least narrow it down quickly.