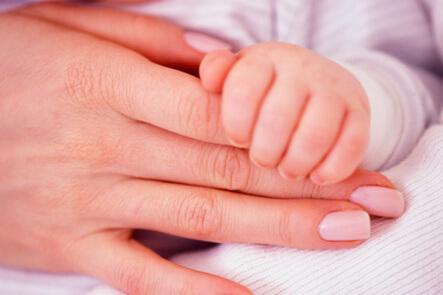 Any information concerning craniosynostosis in a newborn. My doctor wants to operate to repair this condition. What can happen if nothing is done?
J.T. Hoy - El Paso, Texas

In the last few years there has been an increase in a condition that mimics craniosynostosis. This has resulted in an increase in major surgery on infants, some of it unnecessary.

Six separate bones make up the cranium of a baby’s head: the occipital (in the rear), the frontal (in the front), the two temporal (low on either side) and two parietal (most of either side). These bones develop, and are in place, by the 5th month of pregnancy. They are like pieces of a jigsaw puzzle, separated by crooked lines, called sutures. These puzzle pieces form an almost complete covering for the brain. The remaining open places are called soft spots, or fontanels. The sutures and fontanels allow the bones of the skull to shift during delivery. This molding of the head makes it possible for the skull to fit through the birth canal.

Continuing after birth, the brain grows very rapidly during the first several years of life. This growth is made possible by corresponding growth of the cranial bones along the suture lines. Premature closing of the suture lines is called craniosynostosis, and results in a misshapen head. The head shape depends on which suture has closed prematurely. For instance, if the sagittal suture fuses (the long one running from front to back in the center of the head), the head becomes long and narrow. Sagittal synostosis is the most common form of craniosynostosis.

While craniosynostosis can cause misshaping of the head, a far more common reason is positional molding (plagiocephaly). Plagiocephaly includes flattening of the head from lying down frequently on that part of the head. If a baby lies on her back awake and asleep, a flat head will often result. If she regularly looks to one side, one side of the back of the head may flatten. In recent years, as parents have been appropriately not allowing their babies to sleep on their stomachs (to prevent SIDS), there has been a dramatic increase in misshapen heads.

Positional plagiocephaly is not a serious problem and will usually correct itself over time. Often, positional molding of the head can be prevented by varying a child’s head position.

At night, alternate which end of the crib or bassinette is the “head.” Babies tend to look at the same spot in the room (usually the door), so alternating position gives the skull a chance to even out.

During the day “tummy time” is a useful strategy to prevent the progression of positional molding. Tummy time involves periods of time when an awake baby is placed on her stomach. This position not only takes pressure off the head, but also helps develop the muscles of the neck and shoulders.

Craniosynostosis will not correct itself over time, and often does indeed require surgery. Caution should be taken to ensure that the diagnosis of craniosynostosis is correct before pursuing surgery.

Last medical review on: November 19, 2013
About the Author