Coxsackieviruses are the major cause of hand-foot-and-mouth syndrome, an illness common in children around the world, especially in the summer & early fall. 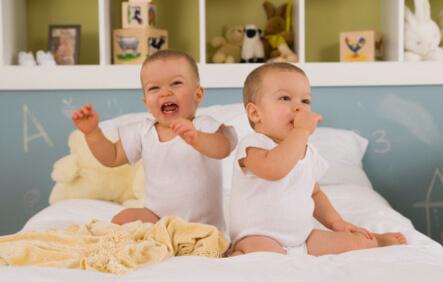 Dr. Greene, the state of Borneo, Sarawak, is now facing a critical situation in which the coxsackievirus has claimed 14 children. Doctors are at a loss and seeking help through the internet. I hope you might help and provide whatever information you can regarding the virus.
Teh Seng Chai Kuching, Sarawak, Malaysia
Dr. Greene, there is currently an epidemic of viral myocarditis in Malaysia resulting in 21 deaths -- all children. The causative agent has not been identified, but there is currently also a large outbreak of hand-foot-and-mouth disease. Is it possible that the two are related?
Tarat, Malaysia
Dr. Greene, my 15 month old son recently was exposed to a child who had hand-foot-and-mouth disease. It was after the 4 day contagious period. He broke into a rash on his hips and his penis. It does not seem to be anywhere else though. It looks like little red blisters. If this is hand-foot-and-mouth disease, what can be done?
Jerri Thomas, Houston, Texas

How terrifying to live where a deadly virus runs unchecked through the children! In the modern world of international airplane travel, this terror could happen anywhere. Anytime.

Coxsackieviruses are the major cause of hand-foot-and-mouth syndrome, an illness common in children around the world — especially in the summer and early fall. Classically, this results in painful blisters in the mouth, on the palms and fingers of the hands, on the soles of the feet, and/or in the diaper area, appearing 3 to 6 days after exposure. Ouch! These blisters are filled with active virus and usually last for 7 to 10 days. Treatments (such as Tylenol, Motrin, and/or Benadryl) are given only to alleviate discomfort. Some children need stronger pain medicines (such as Tylenol with codeine) to help them eat. Children often tolerate soft, cool treats like Jell-O or milkshakes. Most of the time the children’s immune systems rally to defeat the virus, and the infection goes away without any serious complications. There is, however, a wide spectrum of other possibilities.

Many, if not most, children with coxsackievirus have no symptoms at all. Even so, the virus may be present in the saliva for 7 to 10 days and in the stool for months (making them contagious for months). Respiratory spread (others getting sick from breathing the same air) is usually limited to one week or less. However you look at it, though, I’m sorry to report that the contagious period is longer than 4 days, Jerri.

The most common route of spread is from child to child via stool-to-skin-to-mouth (or less commonly, saliva-to-hand-to-mouth). Houseflies help spread coxsackieviruses by carrying it on their feet and mouthparts. Coxsackieviruses survive long enough on toys and other objects to make these agents of spread as well.

The Centers for Disease Control and Prevention (CDC) in the United States has made recommendations for hand-foot-and-mouth disease in the child care setting:

Coxsackieviruses belong to a large family called the enteroviruses (named for their tendency to thrive in the human intestine). The most famous member of this family is polio, which has caused childhood paralysis dating back from at least 1350 B.C. (Pediatric Infectious Diseases, Saunders 1992). There are more than two dozen specific species of coxsackieviruses, each causing a wide variety of symptoms.

The most common sickness caused by coxsackieviruses is a nonspecific febrile illness. Children have a fever which lasts an average of 3 days. Sometimes the fever leaves for 2 or 3 days and then returns. Sometimes this is the only symptom, but sometimes children also have a headache or a sore throat. Some children vomit at the beginning of the illness, or say, “My tummy hurts!” Sometimes they have one or two loose stools. Sometimes they have muscle pains, especially in the legs. Usually not much is found on physical exam or blood test. The illness usually lasts for between 24 hours and 6 days, but not always. You can see why this illness is called nonspecific!

Coxsackieviruses can cause the common cold. They can also cause croup, bronchitis, pneumonia, hepatitis, pancreatitis, arthritis, diabetes, meningitis, encephalitis, temporary or permanent paralysis, and viral myocarditis — to name some of the many possibilities. These infections can be extremely serious. Viral myocarditis, such as what you are now seeing in Malaysia, is an infection of the heart muscle. When coxsackievirus causes myocarditis, the fatality rate is high (International Journal of Cardiology, May 1996).

Thankfully, the overwhelming majority of coxsackieviral infections are mild. Complete recovery is the rule, and serious disease is rare. The severity and symptom patterns of these infections tend to cluster in local outbreaks. In Singapore, for example, coxsackievirus was found to be the cause in a group of SIDS cases (Annals of the Academy of Medicine of Singapore, Nov 1994). Frighteningly, medicine has had very limited success in treating coxsackieviral infections.

I do have a few suggestions (in addition to excellent supportive care, restriction of physical activities, and classical medications for heart failure) for the rare child who is seriously ill:

Acyclovir (Zovirax) is an antiviral medicine that has been used extensively in the treatment of herpes and chickenpox. Although according to our understanding it shouldn’t work against coxsackieviruses, it does seem to help. In one study, significant improvement occurred within 24 hours of initiating therapy, and symptoms were gone within 5 days (Cutis, April 1996).

Given this broader usefulness than expected of at least one antiviral medicine, I suspect that some of the drugs developed to fight the AIDS virus may also be of use against coxsackievirus.

In Sweden, an antiviral drug called WIN 54954 (also called 5-(5-(2.6-dichloro-4-(5.5-dihydro-2-oxazolyl)phenoxy)pentyl)-3-methyl-isoxaz ole) has been shown to be effective specifically against coxsackieviral myocarditis — in mice. In one study, mortality rates dropped from 100% to 15% if therapy was started within one day of the beginning of the illness (Scandinavian Journal of Infectious Diseases, 1993 Supplement). It was even more effective when combined with an immune stimulant called LS 2616. Researchers are now interested in studying these treatments in humans with coxsackieviral myocarditis.

Another approach that has already had some success in humans is to give intravenous immunoglobulin. This contains antibodies to coxsackieviruses made by people who have effectively fought off the infection. One child was apparently dying from coxsackieviral meningitis and encephalitis. The child had a dramatic and complete recovery when given IV immunoglobulin (Journal of Neurologic Sciences, April 1995).

Other immunosuppressive therapies such as azathioprine, prednisone, and cyclosporine have also been used to treat coxsackievirus, but they have not been rigorously studied through research trials, so their efficacy is unclear at this time (Am J Health Syst Pharm, January 2008).

Exciting work has also been done with a Chinese herb called Astrogalus membranaceous. This herbal therapy has been shown in several precise, sophisticated and convincing studies to be helpful in treating and preventing coxsackieviral heart disease (Chung Hsi I Chieh Ho Tsa Chih, May 1994, Nov 1994, and August 1995) (Chinese Medical Sciences Journal, Dec 1993 and Sep 1995).

I hope that one or more of these suggestions proves helpful.

Earlier in this century, physicians stood helplessly by as bacterial infections ravaged millions. Antibiotics were a magnificent, life-saving, discovery (though often misused). My hope is that increasingly effective antiviral medicines will be among the great discoveries of the next decades, and that we will use them with wisdom when the situation warrants.