Breathing cold air can trigger nasal congestion. Sometimes this is a purely physical effect.Sometimes the runny nose, congestion, and/or wheezing are a true allergic response to cold temperatures. 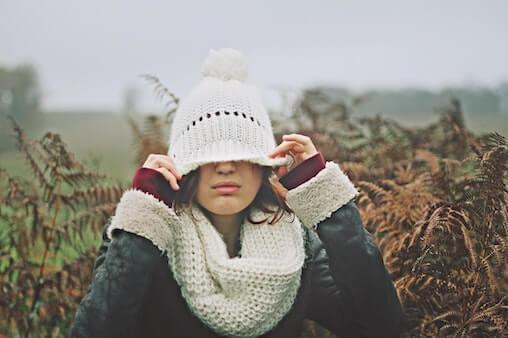 I always get a stuffy, runny nose when I’m out in cold weather. Is this normal? What can I do about it?

Breathing cold air can trigger nasal congestion and even wheezing. Sometimes this is a purely physical effect and happens in two ways.

Cold air stimulates an increase in mucus production. In addition, mucus (like other substances) becomes thicker in colder temperatures.

The second area where cold air physically affects respiratory health is in the nose tissue itself. The hardy nose is a remarkable organ designed to condition inhaled air to protect the delicate internal structures.

When breathing through the nose, you may breathe in air at 40 or 100 degrees Fahrenheit, but within a quarter of a second, the air temperature is quickly brought to 98.6 degrees. Many tiny blood vessels, known as capillaries, bring about this temperature exchange.

In addition to the congestion, the mucus in the nose, as we’ve said, increases and becomes thicker. This happens more in some people than in others. Thus cold air, by itself, can produce both nasal congestion and stuffiness. These can be treated with decongestants and/or antihistamines.

Sometimes the runny nose, congestion, and/or wheezing are a true allergic response to cold temperatures. If this is the case, preventive medicines such as cromolyn (Nasalcrom) or fluticasone (Flonase) can work well for the nose, and cromolyn (Intal), nedocromil (Tilade), fluticasone (Flovent) or the like, can work well to prevent wheezing.

A variety of natural remedies have also been proven to help prevent these types of allergies, including quercetin/vitamin C, stinging nettle, saline nose drops, saline eye drops, and a nightly massage.

Last medical review on: October 04, 2009
About the Author