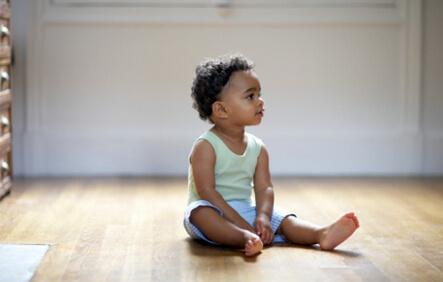 Your question is a timely one, since ear infections are most common in winter or early spring, and the highest incidence is in children under 2 years old. In the United States, there are over 25 million visits to pediatricians each year related to ear infections, making it the most common diagnosis for children.

Otitis media is an infection in the space behind the ear drum. Soap or water or bacteria that enters the ear from the outside can’t get into this space to cause an infection. Bacteria enters the middle ear through the Eustachian tube, a narrow channel that connects the inside of the ear to the back of the throat, just above the soft palate. Clearly this tube does not exist simply to provide a secret passage for bacteria. What is its function?

(Does anybody know what ‘Eustachian’ means? Amaze friends at parties — Bartolommeo Eustachio was the Italian anatomist who discovered this troublesome structure. The name doesn’t tell us anything about what it does, only who discovered it. He died in 1574, never guessing that you and I would be discussing his tube on the World Wide Web! )

The tube is an intermittent drainage conduit to prevent the secretions that are normally made in the middle ear from building up and bursting the thin ear drum. Instead they drain down the tube and are swallowed. Tiny hair cells in the tube propel this mucus blanket like a conveyer belt to carry bacteria down the drain. The tube also functions to keep the air space in the middle ear at the same pressure as the air around us. In this way the eardrum can move freely, and our hearing is most effective.

When all is well, the tube is collapsed most of the time in order to protect the middle ear from the many organisms that live in the nose and mouth. Only when you swallow does a tiny muscle open it briefly to equalize the pressures and drain the ear secretions. If any bacteria make it into the ear, the drainage mechanism, helped by the little hair cells, should flush it out.

Ear infections are the result of Eustachio’s tube not performing its job. When the tube is partially blocked, fluid accumulates in the middle ear. Bacteria already there are trapped and begin to multiply. Air in the middle ear space escapes through the thin lining into the bloodstream, producing a partial vacuum. This sucks more bacteria from the nose and mouth into the ear. If the tiny hair cells are damaged (as by a cold virus), the mucus blanket can’t help move the bacteria out.

So, what blocks the tube? Respiratory infections, irritants especially cigarette smoke and allergies can all inflame the lining of the tube, producing swelling and increased secretions. They can also cause enlargement of the glands near the opening of the tube, blocking flow at the outlet. Sudden increases in air pressure (during descent in an airplane or on a mountain road) can both squeeze the floppy tube closed and create a relative vacuum in the ear. Drinking while lying on one’s back can occlude the slit-like tube opening. The last two decades of the 20th century have seen a dramatic rise in ear infections largely due to increased pollution and the prevalence of early childhood day care (where children are exposed to many respiratory infections).

Small children get more ear infections than older children or adults for several reasons: The tube is shorter, more horizontal, and straighter, (quick and easy trip for the bacteria). The tube is floppier, with a tinier opening (easier to block). And young children get more colds (it takes time for the immune system to be able to recognize and ward off cold viruses).

Ear infections happen when Eustachio’s tube is blocked. Although a myriad of factors can lead to a blocked tube, getting water in your baby’s ears won’t. Enjoy bath time!