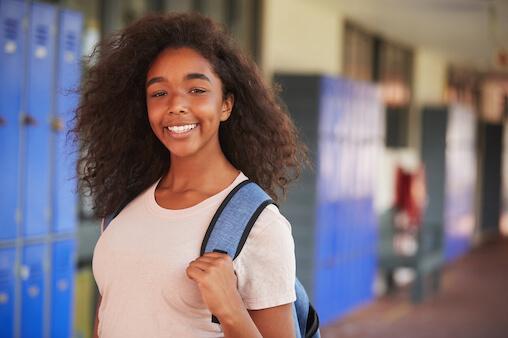 How important is calcium for teenagers? How much do they need?

Adolescents need to take in at least 1200 mg of calcium per day during the adolescent growth spurt to build strong bones to last a lifetime. Almost half (45%) of the bone mass they will have for the rest of their lives is added during adolescence.

Adequate calcium intake during adolescence results in fewer teenage broken bones. More importantly, it increases maximum bone density, reducing the risk for osteoporosis later in life, especially in postmenopausal women. People reach maximal bone density while they are adolescents or young adults and then gradually lose bone the rest of their lives. The more they start with, the more they will end up with. The amount of calcium consumed during adolescence correlates directly with the total bone mineral content measured on adolescent X-rays (Journal of Pediatrics, April 1995).

Most teens consume less than 1,000 mg of calcium per day. Those who do nothing more than take a 500-mg calcium supplement boost their intake from 80% to 110% of the RDA. This results in a significant, measurable increase in bone density and bone mineral content of the spine (Journal of the American Medical Association, August 18, 1993), but these benefits disappear within 18 months if teens return to poor calcium intake (AAP News, February 1997).

Teens who consume 1200 mg of calcium per day are also measurably stronger than those who don’t. A study of 162 Icelandic girls found their grip strength (an estimate of total body strength) to correlate well with their calcium intake (Journal of Internal Medicine, October 1994).

Some teens I know drink diet colas as if they were water. You’ve heard of chain smoking–these kids do chain soda drinking. One can pops open almost before the previous one is empty. I have even heard of teens that pride themselves in drinking a 2-liter bottle of diet soda instead of eating lunch! A high consumption of carbonated cola beverages reduces bone mineralization and makes teenage girls almost four times as likely to break a bone than their male counterparts (Journal of Adolescent Health, May 1994).