Parents are concerned when they find breast lumps in boys. They hope it's normal, but underneath lies a common fear--it might be a tumor! 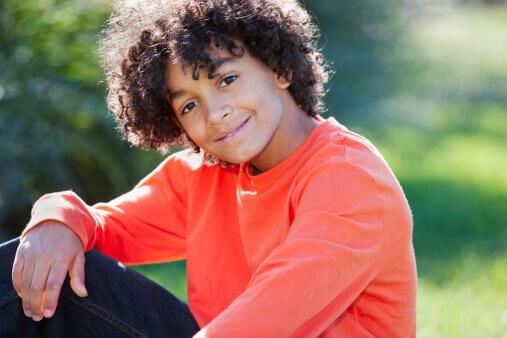 Dr. Greene, my 12-year-old son has a sore lump directly under his nipple. Could this be puberty related? This lump is tiny and hard and underneath the skin of the nipple. Thanks for your help!
Alberta, Canada

Lumps of one kind or another are a common reason for a visit to the doctor’s office. The lump might be in the neck (that the parents suspect is just a swollen gland), in the knee (that the parents think is from sliding into third base last month), or under the nipple (that the parents hope is due to puberty). I often enjoy seeing parents with these concerns in my own office. Sometimes the parents feel that they shouldn’t even bother their doctor with this because it’s probably normal. But underneath these hopeful, at-home diagnoses lies a common fear for breast lumps in boys–it might be a tumor!

Most lumps in children are not cancerous and are not serious. Thankfully, childhood cancer is uncommon. But parents’ fears are not unfounded. Childhood breast cancer is quite rare, but it certainly does occur, even in boys. In the US breast cancer in males accounts for less than 1% of all cases. . But if it is your son, any chance of cancer seems too much. And a lump might be the first sign noticed.

Breast lumps in children often give rise to two immediate fears–Could it be a tumor? Or could something be going wrong with puberty? (A third fear–Will my child be teased?–arises if the first two turn out to be no problem.)

I’ll give you some guidelines for when to be concerned about a breast lump and when you can relax.

Puberty is a time of dramatic changes in the body, especially in the reproductive system. These transformations are brought about by surges of complex and precisely balanced hormones. The last time your 12-year-old had these tides of hormones was when he was a newborn–but then the hormones were yours. Coursing through his blood, your hormones matured his lungs, made him ready for life in the big outside world, and along the way may have given him baby acne and breast enlargement–even nipples that leaked milk. This precious newborn season was gone in a blink, but now your 12-year-old son is making surges of these same hormones, which can cause many of those same effects!

There are five stages of the changes that occur during puberty, called Tanner stages or Sexual Maturity Rating (SMR) stages. Breast lumps in boys are common during SMR 3 and SMR 4.

In boys, SMR 3 usually begins at about age 12 or 13 years and lasts a year or so, although it can be normal in our culture to begin as early as 10 years or as late as 14.9 years. SMR 3 is the time when the testes get clearly larger, the penis gets noticeably longer (then thicker in SMR 4), and the pubic hair (though still small in amount) gets darker and starts to curl.

Sperm is first produced during SMR 3.

Boys grow at their fastest during SMR 3 and SMR 4 (girls get their growth spurts earlier). With your son, you’re probably seeing him outgrow his beginning-of-the-year school clothes already–especially his shoes. During SMR 3, the feet and hands usually grow first, then the arms and legs, and finally the trunk–giving them that adorable adolescent gawky look (don’t tell my 12-year-old son I said that).

SMR 3 also marks the beginning of significant underarm perspiration (the odor, as you’ve probably noticed, can start much earlier).

And teenage acne usually begins at SMR 3, continuing on until the end of puberty.

In newborns, baby acne and breast buds often occur at about the same time. In the same way, many adolescent boys develop gynecomastia–true mammary breast tissue in a male–during SMR 3, around age 13 years. This is caused by a relative imbalance of estrogen to testosterone (typical of this stage of puberty).  This imbalance can cause a growth of the breast tissue. The firm lump may occur under only one nipple, or under both nipples, and it is commonly asymmetric. . The lumps are often tender when they are growing the fastest. In at least 90% of kids, these will go away on their own. They may disappear as quickly as in a few months, but it is not unusual for them to last up to 2 years.  By age 17, only 10% of boys will continue to have persistent gynecomastia, which is generally not a problem. . Gynecomastia occurs in up to 69% of boys during puberty and the incidence decreases in the older teenage years.

Gynecomastia will resolve on its own, but it can be a bit tender.  In general the tenderness is not significant enough to need medication or treatment. It is fine to use warm compresses on the area if that helps.  Sometimes teens will like to wear a compression tank top which can help with tenderness and also with appearance if they are self conscious.

Gynecomastia can run in families, and when it does, the disappearance pattern tends to be similar in the family. Gynecomastia can happen in boys of all sizes, however it may be more noticeable in those struggling with obesity.  Fatty tissue can also give the appearance of gynecomastia but in this case ensuring daily physical activity and good nutrition will help resolve this problem.

Times to Worry about Breast Lumps in Boys (Not a Newborn)

These are all situations in which a breast lump should definitely be examined, in addition to the important regularly scheduled physicals during the puberty years. These children should have a careful physical examination right away. Pathologic gynecomastia is very uncommon in adolescents,  but it can occur and does require prompt evaluation, generally but an endocrinologist.  Abnormal gynecomastia is most often related to conditions where there is an excess of estrogen (either from internal or external sources)

In a study at Johns Hopkins University of 60 high-risk boys with large lumps (> 4 cm), most of the boys–45 of them–turned out to be fine, but 15 did have significant medical problems, including one who had a serious cancer. Most of the problems were genetic (such as Klinefelter’s syndrome–XXY boys) or hormonal problems that needed to be treated  Gynecomastia can come from liver disease, testicular disease, or neurologic diseases as well.  Gynecomastia can also be a side effect of taking steroids or other medications.

If a breast lump is associated with any signs of infection, such as sudden increased size, warmth, tenderness, drainage, redness, or fevers, a visit to your pediatrician is also in order.  These type of infections are most often treated with antibiotics.

If you are ever unsure whether a breast lump is normal, it is always wise to seek the advice and opinion of your child’s doctor.

If normal, benign gynecomastia is bothersome, either because it is large or because it doesn’t go away as puberty progresses, treatment is possible. The data on medication treatment in adolescents is small, and currently somewhat inconclusive, as to how significantly medication changes the natural outcome (regression) of the gynecomastia.  Therefore medications are not typically recommended and are not FDA approved at this time for this condition. . . However, in persistent pubertal gynecomastia, surgery to remove, the mammary breast tissue can be pursued. A tiny incision is made under the armpit, and the tissue is removed with a fiberoptic scope. The results are great, and the scar is small and inconspicuous.

Normal, small gynecomastia is yet another reminder of the wonderful changes in your son’s body as he becomes a man. While teenagers can be quite trying to live with at times, savor every moment you can as you enter the last few years of having your son in your home.