Blood Types 102: The Role of A, B, O, and AB Groups In Determining Paternity

The use of blood type in determining paternity is beneficial by excluding some men from being the fathers of some children. It is not a definitive test. 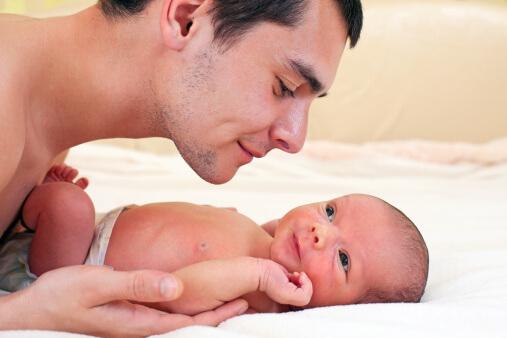 Hello Doc, Is there any way of determining the father of a child before it is born?
Jamaica

Having a baby is a lifelong responsibility and hopefully an even greater reward — for somebody! As a mother’s belly swells, she knows with deep certainty that the child is hers. Each time the baby moves or kicks, the bond between her and her child grows.

Depending on the situation, the father may be pretty sure that the child is his. For most of history, though, dads have had to rely on circumstantial evidence as the foundation on which to build this crucial relationship. After the baby was born, he could feel more sure he was the dad if the baby looked like him (“He has your feet, Honey!”), but often these early resemblances are at least partially creative imaginations.

In 1901 biologist Karl Landsteiner distinguished between three types of blood — groups A, B, and O. A fourth group — AB — was discovered a year later by another research team. As the inheritance patterns of these blood groups were worked out over the next decades, it became possible to include the use of blood type in determining paternity by excluding some men from being the fathers of some children. For instance, if the parents both have blood type O, then the children must all have blood type O. If a child were to have blood type A, B, or AB, then the presumed father must not be the real father. If the child’s blood type were O, then the presumed father might be the real father — but so might millions of other men.

These are general rules, though, and exceptions apply. Very rarely, gene mutations may change the rules such that “impossible children” become possible.

Today there are over 600 blood types known (as well as other tissue types called HLA types), which can make paternity testing far more accurate — but still not perfect.

Determining Father Before a Baby is Born

It is also now possible to determine the father before a baby is born. This is done by comparing DNA molecules — our genetic blueprints. To do this you need a blood sample from both the mother and the potential father (testing without the mother’s blood is possible, but more difficult — and more expensive). You also need a small sample of amniotic fluid (the water that the baby is floating in). Less than 1/4 teaspoon is sufficient for the test. The amniotic fluid may be obtained by a process called amniocentesis. This procedure is performed no earlier than 13 weeks into the pregnancy.

A court order or informed consent of all adults involved is required to proceed with paternity testing.

You will need to wait 3 to 4 long weeks for the results. Waiting for these test results can be a very anxious time. Rush orders take 10 to 15 business days, but cost about $500 extra.

There are about one million two hundred eighteen thousand five hundred males in Jamaica (as of 1992). A positive DNA paternity test could limit the potential fathers to only about 2,437 of them (plus 0.2% of the tourists). Only 2 out of 1000 men could possibly be the father. As you can see, a positive paternity test is good evidence, but not an ironclad guarantee.

Prenatal paternity testing can be arranged through a company called Genelex, located in Seattle, Washington. They are very helpful, and can be reached at 1.800.523.6487 or healthanddna.com. The test costs $700.

If you wait until after the baby is born, DNA testing can be arranged through most local blood banks (many of which use Genelex). The blood sample can be obtained at birth. Otherwise, the baby should be at least 2 months old, since a fair amount of blood is needed for the test. In my area, this option costs about $600.