Blood Types 101: An Introduction to ABO Blood Types and the Rh System

Because blood tests are common many people have questions about the genetic information found in the ABO blood group and Rh system. 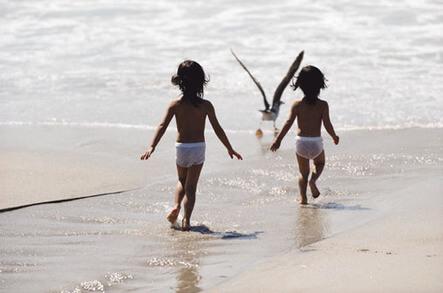 If both of my parents have O positive blood, is it possible for me to have O negative blood?
Debbie

Genetics can be so confusing! I can see how the issue may appear murky. Because blood tests are common many people have questions about the genetic information found in the ABO blood group and Rh system.

The modern science of genetics had its start in 1866 when an Austrian monk named Gregor Mendel provided a simple yet powerful description of how traits are passed on from one generation to another. Mendel’s work was unappreciated until 1900, more than fifteen years after his death. In his initial formulation, he described how sexual beings get two genes for each trait, one from each parent. The trait expressed, or visible, is a result of the interplay between these two genes. Specifically, he recognized that some genes are dominant and some are recessive. If you have one copy of a dominant gene you will express that trait, regardless of the other gene. In order to express a recessive trait you must have two recessive genes.

Mendel’s first experiments, though simple, were quite profound. He worked with peas, which had easily distinguishable traits, such as green versus yellow seeds. Each pea has two seed-color genes, one from each parent. The peas with two yellow genes were yellow. Those with a yellow and a green gene were also yellow; only those with two green genes turned out to be to green. Thus yellow was dominant over the recessive green gene.

The situation with human blood genetics is far more complex because at each point there are multiple possible characteristics. Nevertheless, the genetics of human blood is far better understood than that of any other human tissue.

Another medically important blood type is described in the Rh system. These genes were first discovered in the rhesus monkey, hence the designation Rh. The Rh system is actually far more complex than the ABO system in that there are 35 different possibilities that one could inherit from each parent. These, however, are roughly grouped into positive and negative types. In this system the positive are dominant over the negative. Thus if your genetic type is ++ or +-, your blood type will be Rh positive. Only if your genetic type is — will you be Rh negative. This means that if both parents have Rh+ blood with the +- genes, they could have children who are ++, +-, or –. In other words, their children could be either Rh positive or Rh negative. Children who are Rh negative can have parents who are either Rh positive or Rh negative.

This is why two parents who have O positive blood could easily have a child who is O negative. In fact, most children who are O negative have parents who are positive, since the +- combination is so much more common than the — combination.

As it turns out, there are more than a dozen complete blood group systems other than the ABO system and the Rh system. This enables us to look at inheritance and family trees with greater precision.

Specific tests are available (through blood banks) to determine whether someone is a child’s parent.

Unless such testing indicates otherwise, there is no reason, based on your blood type, to be concerned that your parents might not really be your parents.