Bee venom contains at least nine different components that work together to cause bee sting reactions. They can cause local, systemic or toxic reactions. 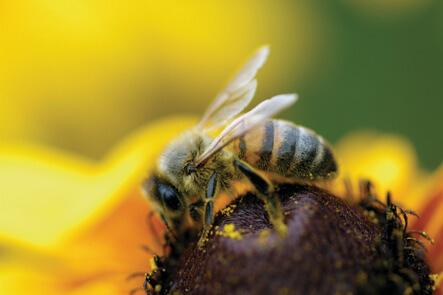 Can you describe the different kinds of reactions caused by bee stings?

Bee venom contains at least nine different components that work together to cause bee sting reactions in those stung. When a bee injects its venom under the skin, the child may have immediate reactions (those symptoms beginning within 4 hours), delayed reactions (symptoms that don’t appear until more than four hours after the sting), or both. Classifying the reactions is important both for immediate management and for predicting future problems (Allergy Principles and Practice, Mosby 2003).

Some immediate bee sting reactions are classified as local (a two – or three-inch area of swelling, redness and pain that lasts less than 24 hours). Others qualify as large local reactions (those that are larger — often an entire limb — or that last longer, but all symptoms are adjacent to stings). Systemic reactions are allergic responses distant from the sting and include symptoms such as hives, generalized itching, generalized swelling, low blood pressure, difficulty breathing, or anaphylactic shock — a severe reaction involving most or all of these symptoms.

A fourth type of immediate reaction is the toxic reaction, which can follow multiple stings. This is a direct result of bee venom, and not an allergic reaction. Symptoms can include fever, weakness, nausea, vomiting, and pain. Toxic bee sting reactions are rarely serious, but do sometimes sensitize the child and herald future allergic reactions.

Delayed reactions result when the body’s immune system prepares for future stings, but some of the exuberant defense measures inadvertently turn against the body itself. These symptoms begin more than four hours after the initial sting. Delayed reactions include serum sickness (fever, weakness, rash, swelling, and/or intense itching which begin a week after the sting), nephrotic syndrome (inflammation of the kidney), neuritis (inflammation of the nerves), or inflammation of other parts of the body.

For an in-depth look at bee stings, see Treating Bee Stings: A Dive Into Reactions, Treatment & Prevention of Bee Stings.

Last medical review on: January 18, 2015
About the Author