While the BCG vaccine is by no means a perfect solution, it has prevented untold misery and death. Used in the right setting, it is an excellent vaccine. 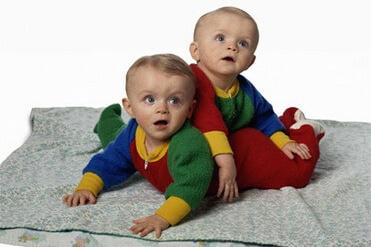 Please, excuse my english... I live in Venezuela and my wife had twins in march 25th (boy and girl). Their names are Daniel Eduardo (the boy) and Paula Vanessa (the girl) I want to know your opinion about BCG vaccine, because my pediatrician says me it is not so effective. Another people say me the BCG is necesary against some types of tuberculosis ("Miliar" and "Diseminada" [1]). I don't know what is the best choice: apply or not apply the vaccine to my childs? In what circumstances do you think the BCG vaccine must be applied? [1] I wrote in spanish this types of tuberculosis.
Bernardo Campesino Martin - Caracas-Venezuela

Tuberculosis has been aptly called the “Captain of the Men of Death.” It remains the most important infectious disease in the world in terms of human suffering and death. Evidence of tuberculosis has been found in the earliest human remains, from Neanderthal skeletons to Egyptian mummies. As the planet became progressively more crowded, this contagious disease became even more of a problem.

A History of the BCG Vaccine

A vaccine that could safely and effectively prevent tuberculosis would be a tremendous gift to humanity. In 1908, Calmette and Guerin at the Institut Pasteur in Paris began working with slow-growing mycobacteria that produced tuberculosis in cattle. They selected the less virulent organisms, and 231 generations later they had a very mild strain that, when used as a vaccine, can greatly increase resistance to tuberculosis. It produces a mild infection that is effective at preventing the serious disseminated (diseminada) and miliary (miliar) forms of the disease. [These are not specific strains of TB, but the names given when TB runs rampantly through the bloodstream or organs of the entire body.] The BCG vaccine (the Bacillus of Calmette and Guerin) was first given in 1921, and is currently used in more than 100 countries (Red Book 2012).

Although mild infection is part of this vaccine, serious reactions are quite rare. The incidence of fatal reactions is 2 per million vaccinations with infants tending to be at higher risk. Most (but not all) of these occur in children with an underlying immunodeficiency (Red Book 2012). Overall, the BCG vaccine is one of the safest vaccines in use.

People who benefit the most from BCG are those who are exposed to it most frequently. In light of this fact, BCG is indicated for infants, children, or adults who either:

The BCG vaccine should not be given to individuals who either:

While the BCG vaccine is by no means a perfect solution, it has prevented untold misery and death. Used in the right setting, it is an excellent vaccine.