Arthrogryposis: The importance of understanding as much as possible about your daughter’s condition

Arthrogryposis (AMC) affects about 3 out of 1000 people. Children with AMC have joint contractures present at birth. Muscles are often replaced by fat or fibrous tissue. 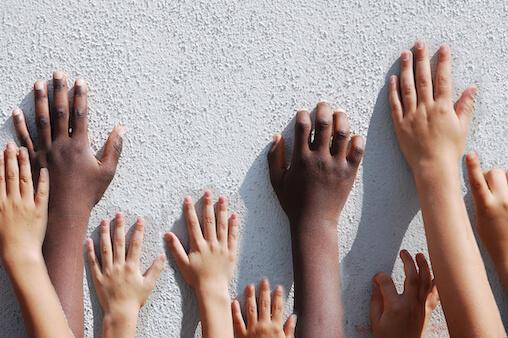 My daughter has been diagnosed as having "Arthrogryposis". None of her doctors have told me anything about this muscular/joint disease. I would like to know if you have ever heard of it, and if you can give me any info on it. She was supposed to have ear tubes put in, because of chronic ear infections. But they canceled the surgery due to this muscle disease, stating that the anesthesia could kill her. Please help me.
Lisa Medford - New York

Although arthrogryposis is not a familiar term to most people, arthrogryposis multiplex congenita (AMC) affects about 3 out of 1000 people, or about 750,000 people in the United States alone. The term comes from arthro- (a Greek prefix meaning “joint”) and gryposis (meaning “abnormal curvature”). Children with AMC have joint contractures present at birth. The tissues surrounding the involved joints are abnormally short, making the joints difficult to move. Muscles are often replaced by fat or fibrous tissue.

As noted in a classic pediatrics textbook, arthrogryposis is not a single disease, but a condition that can be the end result of more than 150 different medical syndromes, each with its own cause and its own long-term outlook, but all causing multiple joint contractures. Many of these syndromes are neurologic or muscular diseases, or both. (Nelson Textbook of Pediatrics, 18th ed.)

The most common form of AMC is called amyoplasia, and accounts for more than 40% of children with arthrogryposis. The true cause of this is unknown, but either from decreased nerve function or from decreased muscle function, the baby doesn’t move much in the uterus, leading to contractures of joints in the arms and legs. Typically the elbows are stuck in a straight position, the arms are twisted toward the body, the wrists are flexed, and the thumbs are trapped in the palms. Usually the legs are worse off than the arms.

The cornerstone of treatment for arthrogryposis is physical therapy (to gently stretch the joints). Splinting and serial casting are important tools to progressively stretch the joints and then keep them there — typically, the casts are changed once a week. Surgery to release tight fibrous strands constricting the joints of the lower extremities is indicated if there is not sufficient improvement by the time the child is ready to walk. Surgeries on the upper limbs can be postponed until the child is older.

Most children with arthrogryposis, and with amyoplasia, in particular, do quite well, especially if treated early. These are intelligent but physically challenged children. Some forms of arthrogryposis are more serious. The specific subtype can often be pinpointed with x-rays and blood tests. Sometimes a muscle biopsy or an electrical nerve or muscle conduction study is necessary.

If doctors are concerned about your daughter undergoing general anesthesia, they are probably concerned about several issues. The first is that her muscles may be weak, especially the muscles she uses to breathe. Some children with arthrogryposis have instabilities in their spinal column that may complicate anesthesia for a surgery. Rarely, they may develop malignant hyperthermia, a dangerous rise in body temperature that may be fatal. (Staheli et al. Arthrogryposis, 1998) In the hands of skilled physicians well versed in treatment of arthrogryposis, necessary surgeries may still be performed, but extra caution is needed.

It will be important for you to understand as much as possible about your daughter’s condition. Your internet search tells me that you have already made a great start in this area. Tell her doctors that you understand that arthrogryposis is not a disease, but a descriptive term that includes many different diseases. Press them for details about any underlying conditions they are considering. In order to care for your daughter appropriately, you and her doctors need to become a team. They will contribute their expertise; you can contribute your love, your concern, your knowledge of your daughter, and your daily attention to her needs. Advocate for your daughter. Don’t let anyone leave you out of the loop.