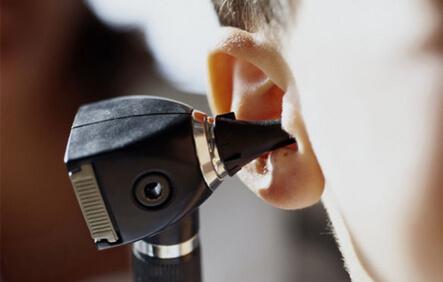 Drug-resistant bacteria (the “super bugs” you mention) pose a very real problem. Streptococcus pneumoniae, or pneumococcus, is the most common cause of ear infections. Over the past two years, resistant strains of pneumococcus have been emerging and spreading rapidly in the United States. Unheard of only a few years ago, these strains are showing greater resistance to more and more antibiotics each month. Even resistance to Rocephin, or ceftriaxone, a powerful, injectable antibiotic, has been reported. Only one antibiotic — vancomycin, an intravenous medication for life-threatening situations — is still completely effective against all strains. If antibiotic use continues at the current pace, it is only a matter of time until resistance to vancomycin develops also.

Resistant strains are more common in children who have recently been treated with antibiotics stronger than amoxicillin, Septra, erythromycin, or Pediazole. They are also more common in children in group day-care settings. Resistant strains develop in response to antibiotic use, and unfortunately, these strains are the ones which survive the best and spread the fastest wherever antibiotics are used most. A report on the Rockefeller University Workshop, published in the New England Journal of Medicine (1994;330:1247), points to the massive quantities of antibiotics used in fisheries, animal husbandry, and other areas of agriculture as a major cause of the emergence of multiple-antibiotic-resistant bacteria. We in medicine, however, must take responsibility for the problem. Antibiotics are commonly used to treat colds and respiratory viruses. This must be stopped.

The most common bacterial infections treated with antibiotics are ear infections. Our current situation demands that we reevaluate what has been the standard medical approach to ear infections. The need for change is clear. The best approach for the future is still coming into focus.

Even in the treatment of acute otitis media (AOM), antibiotics are commonly overused. In 2004, the American Academy of Pediatrics and the American Academy of Family Physicians published a recent set of guidelines for the treatment of acute ear infections. These new guidelines recommend limiting the majority of antibiotic treatment for AOM to children under 2 years of age. They adopt an antibiotic-free approach for most older children with AOM. In these guidelines, they recommend treating with pain relievers and initial observation for healthy children 2 years old or older with uncomplicated, nonsevere AOM. Antibiotics are recommended for these children only if they do not improve on their own in 48 to 72 hours, or if they develop severe symptoms (fever greater than or equal to 39 C or moderate to severe ear pain)

Advancing vaccine development may also help reduce the need for antibiotics in ear infections. The pneumococcal vaccine is now widely used and routinely recommended for children under 2 years of age. This vaccine has been shown in large clinical trials to reduce the risk of middle ear infections, and their complications.

Antibiotics are a wonderful, life-saving tool. During the first half of the 20th century, we keenly felt their lack as we helplessly watched bacterial infections rage. During the last fifty years, we erred in their overuse. As we enter the 21st century, we are beginning to appreciate the importance of balance in all that we do. I share your concern for your son, and all of our children. Antibiotics are not necessary in the treatment of all ear infections.

Dr. Greene is a practicing physician, author, national and international TEDx speaker, and global health advocate. He is a graduate of Princeton University and University of California San Francisco.
Get Dr. Greene's Wellness RecommendationsSignup now to get Dr. Greene's healing philosophy, insight into medical trends, parenting tips, seasonal highlights, and health news delivered to your inbox every month.
2 Comments
Loraine Brady on March 30, 2016

My little one year old granddaughter has ear infections twice. She had 3 shots of antibiotics and it has come back again. What do we need to do.? Can you put antibiotics in ears directly

DR. I CONSTANTLY HAVE TROUBLE WITH ALLERGIES. I EITHER AM PLUGGED UP OR DRAINING. SOMETIMES I GET AN INFECTION. THE MOST RECENT TIME I HAD A SLIGHT FEVER, SOAR THROAT, ITCHY RED EYES AND A DRY COUGH AND A HEADACHE OFF AND ON. I USUALLY TAKE GENERIC ZERTEC 1 TIME A DAY 10 MG AND A NASAL SPRAY TO HELP WITH SWELLING AND DRINK PLENTY OF FLUIDS. THAT BEING SAID I COUGHED ONE DAY AND OUT CAME FLEM THAT WAS THE SIZE OF A FIFTY CENT PEACE AND WAS GREEN AND BROWN. HOW DO YOU KNOW WHEN ITS A COLD OR A SINUS INFECTION ROM ALLERGIES. I GET ANXIOUS WHEN MY EARS START GETTING BLOCKED AND OR I HAVE LIKE LITTLE NOISE IN THERE. SHOULD I GO SEE A DOCTOR BETTER WHAT COURSE OF ACTION SHOULD I TAKE. I LIVE IN THE SAN JOAQUIN VALLEY, FRESNO. MOST OF THE TIMES THE PREVIOUS MEDS WORK BUT SOMETIMES MY ALLERGIES REALLY BOTHER ME. SO CONFUSED AND MISERABLE, PLEASE HELP. THANK YOU AND HAVE A GREAT DAY.