Most of the children with full-fledged fetal alcohol syndrome were born to alcoholic mothers, but milder features of the syndrome are reliably detectable in women who consume as little as two drinks per day. 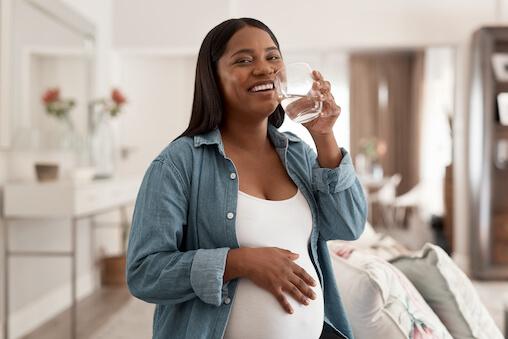 My mother was an alcoholic and an addicted smoker when my twin brothers were in gestation. One of my brothers was born at only 3 lbs. and was diagnosed as hyperkinetic and put on ritalin for several years. Today my brothers are 30 yrs. old. I am curious if my mother's drinking is linked to hyperactivity? My 30 yr. old brother is no longer on ritalin, but he is somewhat slow. Can you please advise me. Thanks!
Grafton, Massachusetts

Alcoholic beverages have been a part of human civilization from the very beginning. Only in the last 28 years has it become clear that consuming alcohol during pregnancy has many negative effects on the developing baby within. And your brothers are 30 years old.

The first scientific paper suggesting these harmful effects of alcohol during pregnancy came out of France in 1968. This new idea was not widely accepted. Then, in 1973, an independent group (Jones, et al. Lancet 1:1267, 1973) published a study detailing the patterns of malformation found in the offspring of alcoholic mothers. The mounting evidence was persuasive, and the newly recognized entity was named fetal alcohol syndrome.

Alcohol is now recognized as the most common major destructive environmental agent to which a fetus is likely to be exposed. It is directly responsible for 10-20% of mental deficiency with IQ’s in the 50-80 range, and one in six cases of cerebral palsy.

Infants with fetal alcohol syndrome tend to exhibit poor growth and have small heads. The average IQ for those with full-blown fetal alcohol syndrome is 63. Affected children tend to be irritable babies and hyperactive children (this hyperactivity can improve over time). They characteristically have short noses and thin, smooth upper lips. Their small upper jaws tend to cause dental problems and repeated ear infections. Small fifth fingernails can be a telltale sign. Cardiac and joint problems are also common.

Most of the children with full-fledged fetal alcohol syndrome were born to alcoholic mothers, but milder features of the syndrome are reliably detectable in women who consume as little as two drinks per day. There is no known threshold for safe consumption of alcohol during pregnancy, so it can be wise to avoid alcohol completely during pregnancy.

In addition to fetal alcohol syndrome, other conditions associated with maternal alcohol use include partial Fetal Alcohol Syndrome (pFAS), Alcohol-Related Neurodevelopmental Disorder (ARND), and children who were prenatally exposed to alcohol (PEA), but do not meet criteria for a fetal alcohol syndrome diagnosis (Alcoholism: Clinical & Experimental Research. 34(6):1022-32, 2010 June).

It’s a sobering thought that drinks consumed 30 years ago are still affecting your brothers every day of their lives. It’s also inspiring. The choices we make do make a difference. Each decision creates ripples that travel forward throughout our lives. We have many, many opportunities to create long-lasting positive influences for our children. Pregnant women, in particular, can give their children a tremendous gift by avoiding alcohol while their babies grow within them.

Dr. Greene is a practicing physician, author, national and international TEDx speaker, and global health advocate. He is a graduate of Princeton University and University of California San Francisco.
Get Dr. Greene's Pregnancy NewsletterSign up for Dr. Greene's FREE week-by-week newsletter, timed to your pregnancy to keep you up to date on every stage of your baby's development.
No comments yet. Start the conversation!