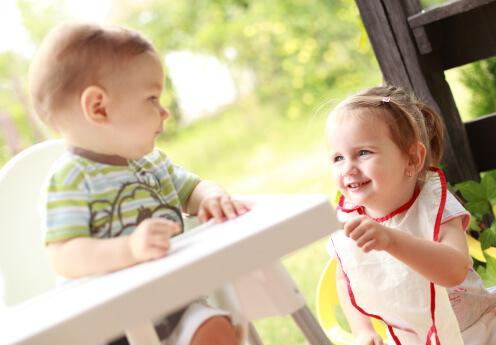 How much credibility do you put into ages and stages evaluations?

Some. I take information from those evaluations as one piece of a much larger puzzle, and ask myself if there’s anything I can learn from it–but I don’t just take it at face value outright. Still, I am grateful for any extra perspective I can get on kids.

The first widely used developmental assessment tool was the Denver Developmental Assessment. It looks at four areas of development: gross motor (or bi muscles), fine motor (or coordination), speech and language, and social/emotional. With each milestone there is a broad range. The range was decided on by testing a bunch of average kids (sort of like the growth charts) and determining the age when 50, 75, or 95 percent of kids have attained a milestone.

The Ages and Stages Questionnaires (ASQ) used to be called the Infant Monitoring System. ASQ is often used to screen development in children from 4 to 60 months of age. It assesses development in four general categories: cognitive, motor, self-help, and language.

A recent study showed that the ASQ was able to identify children in need of special services when they would not have been referred on the basis of a pediatrician’s assessment alone (Pediatrics, August 2007). This is one reason why the American Academy of Pediatrics recommends standardized developmental screening for all children at 9, 18, and 24 or 30 months of age or whenever a parent or provider has concerns about a child’s development.

It is important to remember, however, that these screening tests are not meant to decide whether or not a child is developing well, but as screening tools to identify which kids should be looked at more carefully. (Sort of like kids at less than the fifth percentile on weight–5 percent of healthy, normal kids are less than the fifth percentile, but those kids should be checked to be sure that their weight is best for them.)

Play therapy in groups is often recommended for a child who is developing much more slowly than his or her peers, and it can be very effective. Also, it can be good to identify the next expected milestones so parents can encourage (gently and playfully) activities that support those milestones.