Protection from MS: A Gift from Younger Siblings? 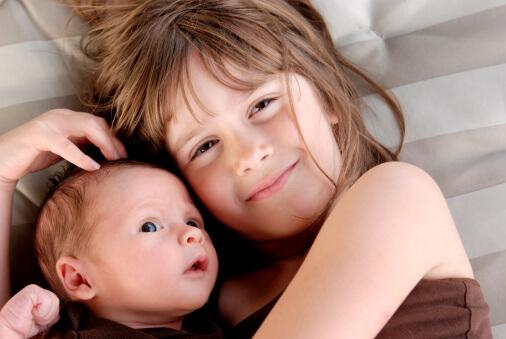 Spending time with siblings under two years old (or maybe even lots of time with other infants and young toddlers) appears to be powerfully protective against multiple sclerosis later in life, according to a fascinating study published in the January 26, 2005 Journal of the American Medical Association.

Multiple sclerosis is an autoimmune disease. The body’s hyper-alert immune system starts attacking itself. The results of this study support the notion that in early childhood exposure to common childhood illnesses helps to educate the immune system about what is normal. Perhaps this prevents the immune system from overreacting when encountering these common viruses later.

This is consistent with earlier studies showing that having younger sibs lowers the chance of getting mono, and that having mono raises the later risk of MS. The sibling effect in the 2005 study held true whether or not taking into account a history of mono in particular. Perhaps spending time with infants and toddlers is important in the first six years of life, not just for learning social skills, but also for silently learning important immune skills to last a lifetime.