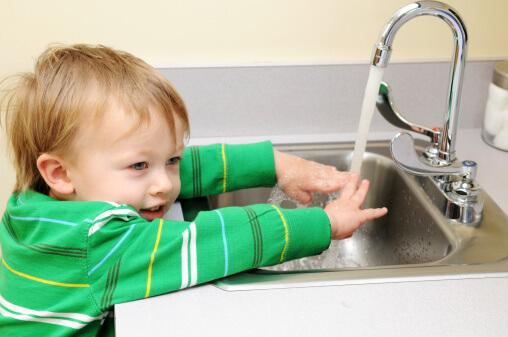 In some diseases, such as chickenpox, children are contagious a day or two before anyone knows they have chickenpox. Could SARS be one of these? Yes it could. We just don’t know. It makes sense where possible to reduce contact with people with SARS, or even those who have recently been exposed to SARS.

For health officials, quarantine can be a powerful tool. On April 1, 2003 a plane landed in San Jose, California. Three people who had boarded the plane in Hong Kong developed SARS symptoms during the flight. When the flight arrived, health officials quarantined the plane and everyone on board for 2 hours while evaluating the situation. Those who were sick were taken to a hospital where they remained quarantined.

The passengers and crew who had been exposed to them during the flight were released and told to contact their doctors if symptoms develop. Several hours later, those who had been taken to the hospital were released, and declared not to have had SARS.

Meanwhile, Australia has now advised its citzens not to travel to Canada or to any of the affected Asian nations. Hong Kong has established isolation camps in an attempt to decrease the spread. Schools remain closed throughout Hong Kong and the nation of Singapore.

As individuals, we cannot control others, but we can decide how we will behave ourselves. It makes sense to me, in general, to consider respiratory secretions and stool to be infectious – whether the infection is SARS or some other disease. We do know that SARS can be spread in respiratory droplets – which often travel by way of the hands. New evidence from a stricken apartment block in Hong Kong suggests that the virus might also spread from stool-to hand-to mouth, or stool-to-water-to-mouth. Excellent hand hygiene (with alcohol-based hand sanitizers or frequent hand washing) is one of the most effective ways to reduce these types of transmission. This is especially important after toileting and before eating.

Sharing utensils is unwise. Soiled surfaces can be cleaned with a household disinfectant. Perhaps some of the SARS spread may also be airborne. The CDC is suggesting that people with SARS symptoms (fever and cough or difficulty breathing) wear surgical masks, and/or that people around them wear surgical masks. The SARS outbreak is still small, with about 7,000 cases of SARS cases identified in a world of billions. This is the best time to prevent its spread.